on November 12, 2010
While I cannot speak for what my international readers are experiencing there is a huge trend locally that began in the night clubs and has spread slowly out into restaurants, hotel lobby lounges and the fashion scene.  Volume!!!  The volume level has crept up so slowly, most just take it as normal now. 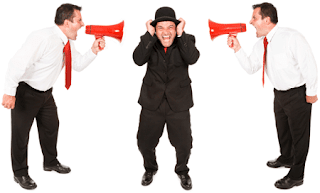 I have so many examples -

1. About a month ago at a recent in-boutique event where we came to see the launch of S/S 2011, four of us tried to have a conversation and it ended up being one on one as two people would have to lean in and shout in each other's ears while the other two stood idly by totally out of the loop.  We left really frustrated at the earliest possible moment. When I mentioned it to the marketing person, she said it sounded fine where she was at.

2.  Three of us tried to go to one of my favourite restaurants to have dinner while we talked business.  The restaurant music was so loud we were unable to effectively hear and we left for a nearby establishment where they realized the music was supposed to set the mood and that people actually might want to be able to talk while they are out together.


3.  Another great fashion event locally kept the sound at a great energy level, but within the limits for all of us to still be able make those valuable industry connections until right before the runway show when it was upped I would guess 30 percent.  I now have pictures all over Facebook of me sitting with my fingers in my ears.  Not my best moment. I actually ended up leaving early rather than sit there looking ridiculous.  What was amazing was I was the only one in the crowd who seemed concerned. It has become such a norm, no one else noticed.

4.  I walked through a really posh hotel the other day and the lobby had the requisite table and chairs for guests to sit and talk with a beautiful lounge singer accompanied by acoustic guitar.  Perfect you think?  No, they decided to turn her mike up to the point the people were leaning across the table to talk. 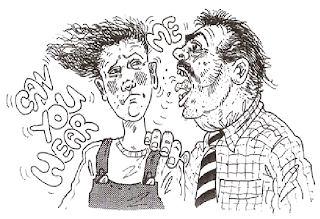 I wish I could make this column funny and interesting, but just don't know how to, so here is where I stand.  I love interviewing - it is a passion for me.  All the other things I do such as being an editor for Vancouver Fashion eZine and attending fashion events is so that I get that hour here and there listening to someone tell me their story.  To do this effectively I need to be able to hear not just what they are saying, but the nuances behind the words.  My family has informed me they have noticed a minor hearing loss (probably from my 8-10 years spent in clubs during my disco days), so I try and be smart about the hearing I have.  I will not risk it by attending (or staying at) events where noise levels are over the top. 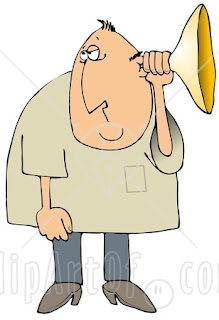 I am constantly astounded at the number of people at events who are aware of how hard it is to talk, who leave events early, who complain in general because they are hoarse from shouting over the music, but never say anything to the club, the restaurant, the organizer, etc. Nothing will change unless people do.  And I honestly think you can generate enthusiasm at an event without totally blasting people with a sound tidal wave. However, as it's become such a part of our party culture, I may be wrong on this point.

"One way to tell if you’ve been exposed to excessive sound pressure levels is that you tend to hear a ringing in your ears."

If you've ever had a family member who has significant hearing loss, you will know how devastating hearing loss can be.  Hearing aids help with one-on-one conversations, but in a group it is just a cacophony.  They are a poor substitute for the real thing.  It is a very isolating condition and affects your ability to travel, go out to dinner with large groups, etc.  For anyone who likes statistics I found this chart on noise levels - "How Loud is Loud?" - http://www.abelard.org/hear/hear.php#how-loud .  The quotes included from this article come from the same website.

"Researchers at the University of Florida tested the hearing of some middle and high-school students. The investigators found that about 17 percent of the children had some degree of hearing loss..." 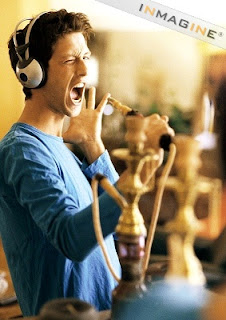 In closing I want to pass on two things I learned while doing a little research for this blog.  First is the issue of head phones and ear buds.  Because of how close they bring the sound to the ear, they actually can promote hearing loss.  We have a whole generation now that lives with music on constantly.  The long term effects could be a generation of hearing impaired adults.  Second is that standard hearing protectors you can buy in the store really aren't much use at events as they limit your ability to hear conversation.  The hearing protectors used by serious musicians are custom made to fit by an audiologist and cost several hundred dollars.  All I can suggest is do your research and in the long run you'll just have to make your own decisions.

“Three of the four members of Metallica wear earplugs. Some people think earplugs are for wimps. But if you don’t want to hear any records in five or ten years, that’s your decision.”

“Townshend, 60, said his hearing was irreversibly damaged from using studio headphones, and he now takes 36-hour breaks between recording sessions. The band was known for loud performances."