on November 18, 2010
I had the most curious thing said to me the other day.  My brother-in-law was commenting about text messaging and how careful you had to be.  He knew someone who ran a company that received a weekly print out of all the text messages sent by employees on their company phones.  He didn't ask or want this, it was just given to him.  Fortunately for his employees, he chose to shred this rather than read it.  Say What!!!!! My first question would be were all the employees informed that this would be happening?   I found it an astounding idea that the cell phone company would bother to waste the time and space to save every single text message and that they would actually give a print out each week to the company. 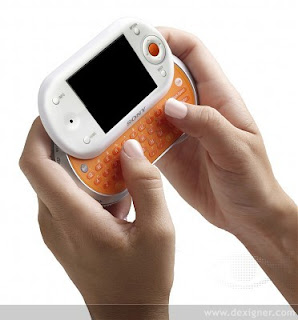 I think companies have a right to know how their phones are being used, but the content of text messages is a different issue. It really hints a bit of big brother.  I actually tried a web search to find out if this was still current but couldn't, so all I can say is if you use a company phone, be careful.  Most cell phone companies avoid talking about how long text records are kept, but one said 3-5 days maximum.  That said, your phone is always a liability as, even if you delete text messages, they might still be recoverable.

In my searches I did find several disturbing things.  First was an article at www.eHow.com.  This is from 2009, so the article may be outdated, but what caught my eye was the ads following the article.

How to Get Cell Phone Text Message Records
I want to do this! What's This?
Trying to obtain your cell phone records is a task that will require patience and persistence. Ask your cell phone provider for your records and they will direct you to your on-line account and put you on hold. Always try to make this call on a land line as it will be a lengthy wait. You will be transferred to another operator who will ask you account questions for verification purposes. Eventually, you will be successful.
Difficulty: Moderate
Spy Text Messages- TRY ITBigDaddySpy.com
Read SMS Messages - View Call Logs Undetectable! Works With All Phones
Listen-In on Cell Callswww.TheCellSnoop.com 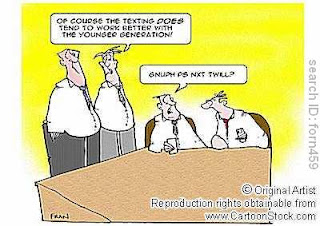 The second is from www.slate.com.  Again, an older article, so may not be up to date.


How Do You Intercept a Text Message?Turn your cell phone into a spy gadget.

Retail giant Wal-Mart fired an employee Monday for eavesdropping on phone calls and intercepting text messages between the company's media-relations staff and a New York Times reporter. How do you intercept a text message?
Turn your own cell phone into a surveillance gadget. There are a few ways to do this. One method, phone cloning, lets you intercept incoming messages and send outgoing ones as if your phone were the original. If both phones are near the same broadcast tower, you can also listen in on calls. To clone a phone, you have to make a copy of its SIM card, which stores the phone's identifying information. This requires a SIM reader that can read the card's unique cryptographic key and transfer it to another phone. (Warning: This is super illegal, but there are still sites that show you how.) The problem with cloning is that it only lets you intercept messages sent to one phone number. Plus, you need physical access to the target phone to make it work—something Wal-Mart's technician probably didn't have.

Related in Slate
Think having your calls intercepted is bad? Daniel Engber explained how your phone can catch a virus. In 2005, he investigated why Hurricane Katrina hurt cell-phone service. In 1999, Matt Alsdorf wondered whether cell phones cause brain cancer. Brendan I. Koerner examined how they can reveal your location. Michael Agger cursed the ascendance of the camera phone, while Bryan Curtis despaired that cell phones have become the root of all evil.
It's also possible to intercept unencrypted or poorly encrypted messages directly as they're broadcast over cellular channels. (If the network uses sophisticated encryption, you might be out of luck.) To steal messages with your phone, you would need to upload illegal "firmware" onto your phone. This essentially turns your phone into a radio and allows it to pick up all the texts broadcast on a given channel—instead of limiting you to the ones addressed to you. You'd also need to know the network for the target phone—Verizon, Cingular, T-Mobile, etc.—and you'd have to make sure that both your phone and the target are within range of the same base station. This method isn't too expensive since you don't need much more than a computer, a phone, and some firmware that any serious techie could find online for free.

Wal-Mart isn't discussing details of the method its employee used, but a spokesperson did say he was able to intercept messages that included certain keywords. Companies like Global Security Solutions and Homeland Security Strategies develop interceptors for law-enforcement purposes. (Prices reportedly run as high as nearly $1 million.) These fancy devices essentially work the same way as the firmware method outlined above, but they have antennas for longer range and may run more smoothly.
With more and more people using cell phones instead of installing land lines, I think the privacy issue is becoming more urgent.  Just like with wireless internet, there is sophisticated equipment for monitoring it available to the average person be they stalker or paparazzi. 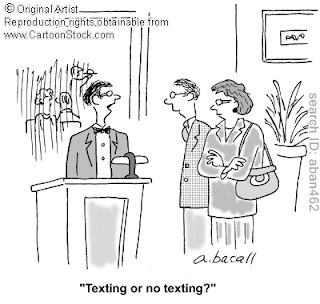 The out fall of all of this is that with the movement into cell phones comes an additional liability in what you say.  There have been many examples lately in the media you can reference.  I don't think I have ever said or done anything on my new phone to be embarrassed about, but if taken out of context perhaps something might be used.  The most vulnerable are teenagers who often have no inhibitions.  How do we protect them from themselves.

All I can say at this time is to use great discretion with your cell phone.  Who knows who may be listening.
business cell phone Other privacy text texting