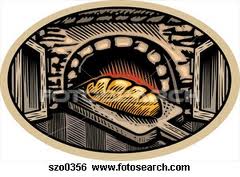 It always suprises me to remember I'm not in my 20's anymore. I love the story my 85-year-old mother-in-law tells of seeing an old woman at a department store and then being startled to realize it was actually her reflection in a mirror.  When did that happen? Time has flown by at a shocking rate and it's tales like the one below that bring a sense of history.  But for me, to share the recipe is to share it's story.  I think it tastes better if it has a pedigree.

When I was in my 20's I acquired a thick, small paper back titled, "The Spice Islands Cookbook".   The recipes were to promote the use of Spice Island herbs.  Some were great; some were good; some were over seasoned.  It was one of my very first cookbooks and taught me many important things - how many teaspoons are in a tablespoon, how many tablespoons are in a cup and some great substitutions for items you might not have in your cupboard.  As I was single, being able to downsize recipes and using ingredients I had on hand were useful tools.  There were also a few key recipes I loved and pulled out on special occasions. 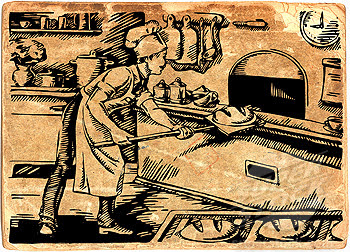 This cookbook made the trek with me to Canada when I got married and was a great resource over the years.  Then our downstairs toilet caused a flood and we had to throw out several things.  A box containing my Spice Islands Cookbook and a few year's worth of Bon Appetit Magazines was the most upsetting.  I can't begin to tell you the number of recipes I lost, but there were three recipes from Spice Islands in particular I would come to deeply miss: Brethren's Cheese Bread, Pumpkin Cheesecake and Old-Fashioned Gingerbread (more of a cake).  I could find other recipes when searching the internet sometimes, but they were never quite the same.  When I tried to replace it, the cookbook shown did not match the one I had, so I could never confirm if it was exactly the same. 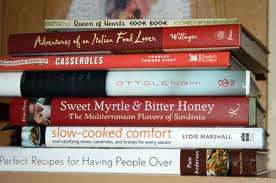 My mind was wandering one day when low and behold I remembered, the cheese bread was actually called Brethren's Cheese Bread.  A quick internet search led me to several places with the original recipe and it now appears on my table at least a couple times a month. I find it amusing that most sites claim ownership.  I know where I first saw it!  The only difference between them I can find is that some suggest 1-1/2 tsp of dry dill weed and some suggest 1-1/2 T.  Both ways taste great, so it's a personal choice.  It can tend to stick on the bottom.  I would suggest generously greasing the loaf pan.  If you still have problems, trying greasing and then dusting with flour just like you do when baking a cake.  Be sure the cheeses is a well-age SHARP cheddar to give it the right flavour.  Last but not least - it's really important to grate the onion. It becomes a mush that blends smoothly into the batter.  A background hint instead of a added texture to bite into.

There really is nothing like warm bread fresh from the oven to make a meal special and quick breads like this fill the bill just as well as the more labour-intensive yeast breads.  I think this recipe is one you can easily adapt by varying the types of cheese (nothing too mild) and herbs used to create some tasty variations.  Best of all, they are QUICK, so fit easily into today's busy lifestyle.  I will be writing on other quickbreads in the near future, so be sure to check back.﻿
Bon Appetit bread. quick Brethren's cheese cookbook cooking Let's Talk Food magazines recipes Spice Islands substitutions tablespoon teaspoon yeast