How's The Air Up There? and other Stupidities! 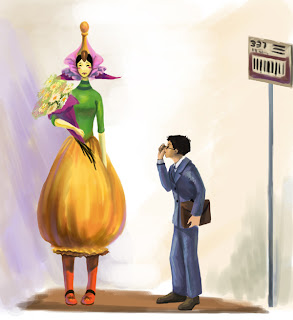 Growing up I was 5'8".  People seemed to constantly mention I was tall. I worried about wearing heels and had trouble finding pants long enough.  Once I married my 6'5" husband and had 3 children - daughter 6' and sons 6'2" and 6'5" - I came to realize I was only average.  That said, I was deeply aware of the problems my children had to deal with and helped my daughter found the local Vancouver Tall Club (http://www.meetup.com/vancouver-tall-club/).

What qualifies a person to officially be labelled "Tall"?  Tall Clubs International (www.tall.org) sets the minimums at 5'10" for women and 6'2" for men.  Why?  Only 5% of the world's population is that height or taller. I found that number astounding as I thought the percentage would be higher.  The general population seems to think a club like this is unnecessary.  What problems could they actually have?  Raising such a tall brood, I found many issues arose.  When I helped my daughter start the VTC, the hate mail that came in was unbelievable.  Really, why would they care?  Some people felt it was elitist.  For my daughter it was simple.  She just wanted to walk into a room wearing heels, look the other people in the face and not have anyone comment on her height. 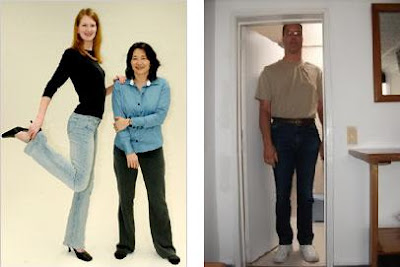 Of my 3 kids, it was my daughter who had the first struggles as she started her growth spurt at an earlier age.  The issue for her was clothing. In high school she was only about 5'8", but still wore a child's size clothing with out of proportion super long arms and legs.  She could get shirts in the stores, but the arms were never long enough.  Pants were a disaster.  She wanted to wear tear-a-ways that were all the rage at that time, but there wasn't a pair that fit her.  She grew 4 inches a year at one point and I made her stretch jazz pants to keep her going.  No way to be considered hip when you couldn't fit any of the hip clothes.  At some point we finally found the Tall Girl shop and realized they had small sizes.  On our first shopping trip, she started to hyperventilate from excitement in the dressing room.  The pants fit her!!!!!  I wish I had a video.  I can't tell you what our bill was that day, but not small. 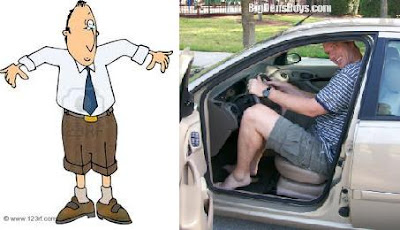 There were unique issues in high school that you wouldn't think about.  The one that surprised me the most was socializing.  High school halls are packed between classes and at lunchtime with noisy students talking.  When you stand a foot above your friends, you actually can't hear what they're saying without stooping like an old person, craning your head down to put your ears on the same level as the person talking.  This caused them to have bad posture in general which I was constantly nagging to correct.  If you're feeling shy or being bullied in any way, you can't sink into the background. And god forbid you're not a talented athlete.  My 2 oldest weren't and they constantly had to respond to the question, "Do you play basketball?"  People also thought nothing of walking up to them and commenting, "My god you're tall!". DOH! We finally came up with a response that shut it all down without picking a fight - "Not in my house."

Clothing is always an issue.  I thought it would be easier for the men, but was completely wrong - especially if you are tall and thin.  Medium-Tall sizes rarely exist and even Large-Talls sell out very quickly.  If you are 6'5" and above you are actually considered Extra-Talls, something almost impossible to find.  My husband has to buy tall coats and suits and then have the arms tailored to as long as possible.  Cars are another thing I didn't think about.  It's not just fitting in the car, it's that your head is so high you can't see a traffic light when stopped at an intersection and the rear view mirror seriously blocks your visibility at times.  My husband finally found a car with an adjustable seat that went WAY down and WAY back, but for my tallest son, he had to spend a long time trying cars to find one that allowed him the most head space. Airline seats - what can be added to that.  There's not enough room for the average. Imagine trying to cram more legs and arms into that small space. Then there are doorways, beds, and the list goes on.  I am still awed by the 7' tall man I met who managed to drive a Honda Accord with his 7'3" friend in the passenger seat and 2 tall 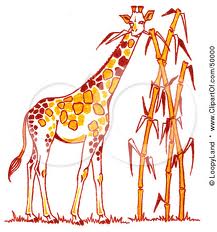 people crammed in the back.  Wish I'd taken a picture. My personal favourite OOPS was when I was helping my daughter set up a tall club social night and we booked a bowling alley.  The problem, most of the men couldn't participate because they didn't have any shoes larger than size 12.

If you meet someone unusually tall, you can help by just having a regular conversation with them.  They already know they are tall and do not enjoy having strangers constantly comment on it.  Here are a few gems to avoid (Not one is original, they come up all the time)-

10. Are your parents tall?
11. You look like big Bird or You're the Jolly Green Giant.
12.  Is it hard to find a boyfriend/girlfriend?
13.  And don't ask them to pose in a doorway or with your short child for a picture.


While this article is about a few things I learned as a parent of tall kids, these same principles can be applied to so many other groups.  You have those of shorter stature, those who are over weight, those with unusually dark or light skin (If one more person says to me, "My god you're white!", when I put on a pair of shorts I'll scream), etc.  So it's time to all grow up and realize when you talk with someone that they actually know they are tall, short, fat, skinny, dark or pale.

I want to close with a story I found on a blog I visited while doing a little extra research for this column.  This tall female blogger was sharing her experiences out in the world, mostly annoying comments. One day a guy was looking at her and when he went to speak she braced herself for one of the standards above.  Instead he surprised her by commenting how AMAZING her shoes were.  Let's all try today to be that person and surprise someone by stepping out of the box.
5'10" 6'2" blog clothing club height Other tall Tall Club International Vancouver VTC