Tricks of the Mind - Stories to Shake You 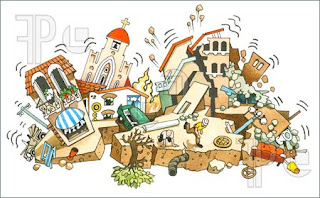 Every natural disaster creates a huge toll in human suffering.  You will also hear interesting stories from those who didn't know what was happening until it was over. While one assumes you'll always understand what is going on around you, sometimes the mind plays tricks.  Here are 3 examples from my family.
Both my older brother and I attended university in Los Angeles.  There was just one year that we were in school at the same time and it happened to coincide with a major earthquake.  One of the saving graces was that this one was in the wee hours of the morning.  Had it hit later in the day, the effect would have been much more devastating. 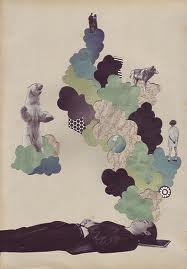 I was still in bed sleeping. It's funny how one's mind can incorporate what is going around you into your dreams.  I vividly remember dreaming I was inside a house trailer.  What the dream was originally about escapes me, but what I do remember in great detail was that for some reason there were people outside rocking the trailer and I was shouting at them to stop. Silliest of all, I think I was in a caveman cartoon with Alley Oop. I woke up to find my bed rocking violently and the very LARGE pane glass window above my bed bowing in and out.  The link between my dream and what I was experiencing in real life was so strong that I didn't realize what was happening until after it stopped.  First thing I did was move my bed away from the window.  The next thing I did was laugh at how my mind worked a very real earthquake into a cartoon dream. 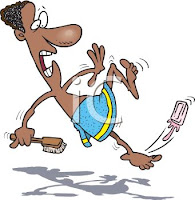 My brother was already up and having a shower in his dorm on the 5th or 6th floor.  A deeply religious person, when the building began to shake he thought it was Christ's second coming and he just wasn't ready.  What was his main concern?  The fact he was in a shower naked and didn't want to caught up in the air with his bare body exposed for all to see.  While the room buckled and rolled, he managed to stumble out and wrap himself tightly in a towel.  Then he waited.  I'm not sure what his thought process was when the earthquake was over.  Did he feel he had been left behind for a few moments?  Eventually he realized what had happened, finished his shower and went on with his day.
My last family earthquake story is from my uncle who was a disaster area supervisor for the Red Cross.  While in his late 50's/early 60's he was sent to San Francisco to help with the aftermath of a very large earthquake.  One day he was driving his rental car down the freeway when an aftershock hit.  As his brain tried to make peace with the quickly changing landscape, it landed on the idea of a stroke.  He pulled over quickly in a panic as he didn't want to be driving when he became incapacitated and hit another car.  He thought it was his time.  Again, it was after the quake subsided that he was able to process what had just happened and realize he was fine.  To say he smiled broadly in relief is an understatement. 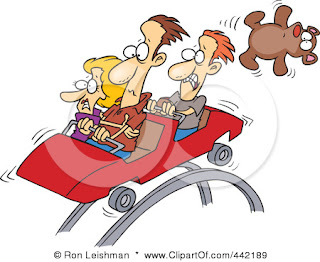 So the mind does it's best to make sense of what is happening around us, but sometimes when the earth shifts unexpectedly, it makes the wrong choice. Thankfully when it's over we usually manage to refocus quickly and deal with what is going on around us.  I've always felt that those whose minds work differently (such as someone with Autism) experience this on a daily basis.  Their mind processes the information in a unique way which puts them out of step with others.  Whether this is true or not, I have no idea.
cartoon disaster dorm dream earthquake Los Angeles mind Other relief San Francisco shower tricks