The Price of Being Known - Never Say Never 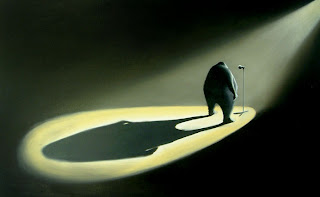 Growing up I was the daughter of a minister who just didn't fit the role.  Here was that beautiful cherubic blonde girl my parents wanted, but she just didn't seem to be able to be the sweet young thing they expected.  I also absolutely did not fit into the strict religious environment. I spent much of my time peeking out from behind my mother to avoid the attention, sometimes even hiding inside her coat.  The guilt experienced when my inability to conform affected my father was tremendous, but I never was any good at pretending.  It was with great thought  I promised myself I would NEVER in any way be a public figure.  I have heard the saying many times - "Never say never" - and realized a couple of years ago that I had failed utterly in keeping myself an unknown. 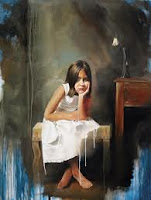 When I chose in 2008 to step into the role of editor for Fame'd Magazine (formerly Vancouver Fashion eZine), I honestly never thought our humble little online magazine would garner that much attention. I was able to enjoy media seats and the chance to write on the many local talents I am so proud of, but it never dawned on me it would grow to a point that I am occasionally recognized.  While that recognition is only really within the circle of fashion the magazine is involved in, it is at times disturbing.  In my heart I know I need to increase that influence for the good of the magazine, but with it comes the burden of always watching what you say and do and taking hits for decisions that others don't agree with. Many times I find myself still wanting to hide behind someone's skirts.  Social media has altered how information spreads and when something inaccurate gets out there - it's very hard to fight. 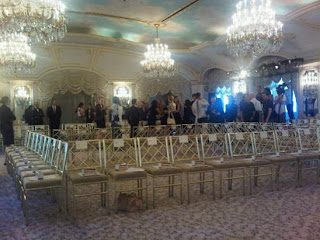 Let's start with some of the positives.  I do get into events without charge.  That is a sacred trust for me and I try very hard make sure I appreciate it and do not abuse it.  For fashion events that means making sure an event write-up is posted.  This takes a lot of time, especially during local fashion weeks, but it's what is due for the privilege of gaining VIP entrance and the chance to sit in the front row.  It also allows me the opportunity to see who is new on the scene or if a designer I have been watching has now grown to the point they would be a good fit for the magazine.  When out I love to hear positive comments from those who support what I have been trying to do.  It's easy to get overwhelmed by the weight all that needs to be accomplished and those who take the time to say it make a difference, often give me the much needed boost to get moving again.

Negatives abound as well.  First and foremost for me is the knowledge that others comment on what I am trying to do without getting it right.  One example I can share from last year was in the Student Incentive Sales.  After I went into launch at a school and made a serious faux pas in the way I handled something, the student involved let me know that they ALL knew I promised the same thing last year and had been clearly told by another student that the bios to be published online were never put up.  Totally untrue and I sent this student the links to prove it - but the damage had been done and sales at that school were abysmal.  I have also recently had my reasons for a stance I have long taken attributed to reasons completely outside of the truth.  Several times in the last month I have offered to sit with those of opposing views to explain myself and to share ideas, but have yet to have one person take me up on it.  So being public means being in the middle of a great divide.  You have your supporters who love you and put you up on a pedestal and those who do not like what you are about and knock you off.  Unfortunately the truth never seems to be much of an issue. 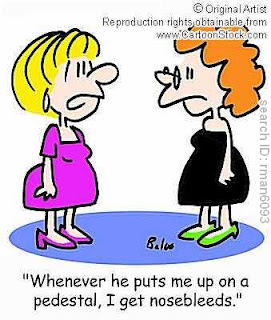 Most intriguing in all this to me personally is that there are those who LOVE the spotlight and wouldn't have it any other way - think Sarah Palin, Jersey Shores, any of the Housewives series, politicians and media personalities.  They take the mud-slinging and turn it into books and TV spots.  They love to be seen photographed with anyone of upper social or media status and attend as many high-profile events as possible. It looks like hell to me to be peered at through a microscope, many times at their worst moments, but they seem to thrive in it.  Even more interesting are those I call the TEFLON people.  No matter what they say or do, it just doesn't stick.  Coming from the U.S., the Republicans are the Teflon people and the Democrats are not.  After surviving George Bush for so many years, a political pundit did a whole article on Barack Obama commenting no one was in charge!  HELLO - did you just get off the boat?  There are so many examples but I am sure you all know at least one figure that gets away with it all. 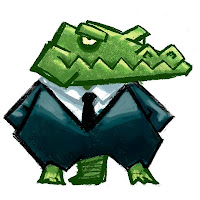 I love what I do and have accepted the fact I cannot stay in the shadows. If Fame'd Magazine is going to have the kind of influence needed to promote the local fashion scene, I have to learn to pretend to enjoy the spotlight a lot more than I do and look for new opportunities to be out there.  While I do get frustrated at times, I have finally started to develop a thicker skin and just get really annoyed instead of staying up at nights crying.  To quote one of the Housewives (an abomination I know, but I saw it in an ad and it stuck) - "Time to put on your big girl panties.  It's your job."  And to all those who handle this with the needed grace, I applaud you.  It's not an easy job.
Democrats fame Fame'd Magazine Housewives Jersy Shores knowledge Other political public public figure Republicans Sarah Palin spotlight truth