The Ethics of the Comp Ticket 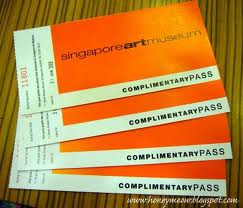 The Comp Ticket!   It's a subject I've touched on several times and one I am intimately familiar with from the receiving and giving end.  It can be a useful tool.  It can also be the ruin of many of an event.  I care deeply for the community I have been fortunate to be a part of, so wanted to offer my thoughts.

Unfortunately we seem to live in an era of entitlement.  People expect to be "On The List" as a status symbol.  Celebrities who make scads of money no longer feel the need to support and mentor rising talent.  They want to be paid to wear a designer's gown or to attend a function.  All I can say is SAD!  One of the privileges of being a public person of any sort is the chance to give rising talent that helping hand and when you are well-to-do you do not need to be paid to wear someone's clothing.  You can afford to buy it.  Can you imagine if each high power star found 5 new and talented artists and bought one garment from each of them to wear.   What a difference they could make in the fashion industry.  For my part - I have always purchased the clothing you see me in.  There are a couple of exceptions - a few shawls that came in swag bags and a knitted vest that was one of 500 samples a large brand was getting rid of.  I'm proud of this fact.  Borrowing clothing would not give me this same feeling of satisfaction. 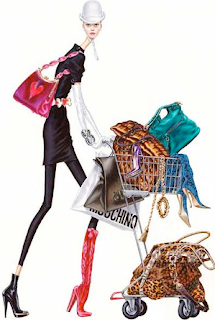 Now on to how this affects the local scene.  I've told many people I never wanted to be "Someone".  My dad was a minister and I hated having a spotlight on me every moment of the day.  Any transgression was dutifully reported back to my parents via the gossip train. I reveled in my obscurity once I left home.  When I stepped up as editor of Fame'd, I realized that it wasn't possible or desirable to stay anonymous if I was going to promote the local industry.  That same spotlight also had positives - it offered the ability to mentor new talent, to give them their first media and to really make a difference in their lives.  It also opened the door for me to raise money for charity far beyond what I could do as an unknown.

So I did my best to embrace the notoriety and became a regular at events on the comp ticket - no way I could have afforded to go to all of them otherwise.  But I made promise to myself that I would never take it for granted.  I tried to only attend events on comp where I could offer something of value in return.  Usually that meant being able to do a fashion write-up in the magazine, finding new talent we could feature or selling the magazine to add to the charity fundraising aspect.  There were several charity events I missed because I couldn't afford the high ticket price and that was just life. 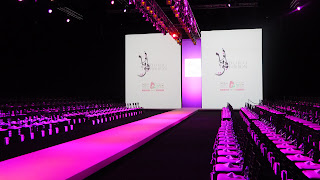 My advice to those who run events has always been clear.  Do not offer comp tickets unless they are in exchange for something. Everyone always wants higher end, more elaborate events, but don't want to pay the ticket price necessary to fund them.  Money doesn't appear by magic.  A few also seem to have a need to feel like a somebody - and the comp ticket somehow strokes that need.  It's time for a reality check as ticket sales fuel the event budget. We just don't have huge sponsorship support here at this time.  For designers, comp tickets could include industry artists that pull your clothes for magazine shoots, clients who buy them and media who promise you a write-up of some kind (who needs media there if they aren't going to provide any coverage). For other events the planner needs to carefully think through where the benefit lies, but the current established pattern of the comp list needs to be excised.  People pay for concerts, for fancy coffee, for plays and more.  Why is it they think they should be entering fashion events at no cost? 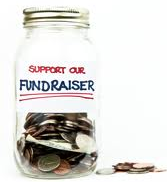 When it came to running the 2 launches for Fame'd I drew the line in the sand.  Pretty much the only comp tickets were our advertisers - without their help we couldn't have gone to print - and maybe 2-3 media.  I think the second year I added 5 people I was honouring for their contributions.  The rest had to pay to come as I couldn't afford to run it otherwise.  Each comp ticket was less money to work with and I had virtually no budget.  BUT I gave bang for buck.  Everyone received a swag bag with a $10 copy of the new print collectible and I gave a portion of all ticket sales to Dress for Success. The second year we raised enough to put 10 women through their entire program.  This meant the evening was short and simple, but that was fine with everyone. I am so grateful to all who stepped up to the plate and bought tickets - making the evening and the charity fund raising a success. 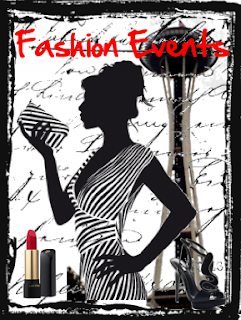 Again, these are just my thoughts.  I'm not much of a celebrity worshiper and wouldn't buy a garment or attend a function because of one.  I realize that isn't true for many others so there is a dollar value to be had at times from putting a celebrity on the list.  But it's become too wide spread to be supportable.  We just don't have the sponsorship dollars to make it here without ticket sales.  Easy answers?  No.  This really is just food for thought and hopefully a wake-up call to the community.
celebrities charity comp comp ticket designer Dress for Success fashion fashion event list privilege