I know this is controversial, so let's start out with a disclaimer.  I realize this is a personal choice and applaud the fact everyone has the right to make up their own mind.  Now onward and upward.

My daughter is now of the age where friends are starting to marry.  Out of curiosity, I brought up the subject of women keeping their last name and was surprised at the response - it is still not acceptible.  Over 100 years ago feminists such as Lucy Stone began the fight for women to have this right and here we are today with my daughter telling me that it's still the norm to take your fiance's last name and that unless you have a REALLY good reason for doing it, you're looked at oddly.  Wow! Fortunately there are still some open minded women around.  All Womens Talk offered a short and sweet piece called 8 Reasons to Keep You Maiden Name that is a great re-cap. 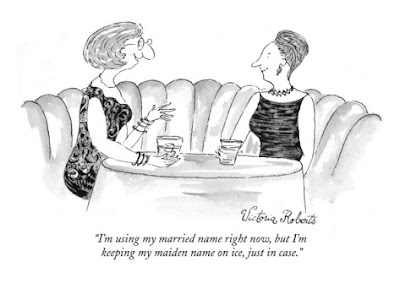 When I was married 27 years ago, I never thought about changing my name.  It wasn't an act of feminism, I just felt it was an out-dated tradition and saw no need.  I was not my husband's property, we were a partnership - Anderson and Wilson, ESQ.  I had no idea the fact Glen couldn't have cared less was unusual, that some men feel slighted. The only people that lost it were my family and their biggest question was how would they address envelops.  I mean REALLY?  That's your biggest worry?  For years I received mail addressed to Mr. Glen Anderson and Marilyn.  A few did it the old fashioned way. 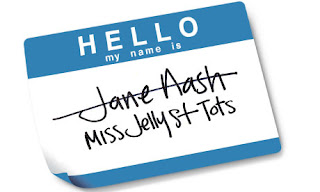 My favourite moment was at the hospital after giving birth.  Our kids were labeled Baby Wilson and Glen was called Mr. Wilson.  We both had a good chuckle.  Kids bring up the second question that was a poser for everyone else - what will you name the kids? We had a standing joke that with our names Anderson and Wilson, it would be fun to give them other common last names - Smith, Lee, Jones, etc. - a different one for each child!  Fortunately saner heads prevailed.  In the end each was given my last name as their middle name - no hyphenation. Our health insurance came through Glen's work, so it proved the easiest.

1.  It left all legal documents in one name.  I was immigrating to Canada at the time and the fact my immigration office applauded this decision as the right choice was empowering. It simplified the process then and continues to.

2. I had a few friends with failed marriages, some who had also remarried, with a myriad of documents in several last names and saw the overall inherent simplicity.

3. I knew women who had to take the step to legally change their name back after a particularly bad marriage broke up.  They didn't want a connection of any kind. Who needs that!

4.  I absolutely detested losing my identity.  Mr. and Mrs. Glen Anderson on an envelope would have made me feel like a chattel. Where is the MARILYN?  I have my own name and am an equal partner in this marriage, something I am fortunate my husband rejoices in.

5. It would have made me feel like someone's property.

6. Glen never felt it was a slight in any way and I love him even more for that.  He is confident in who he is as a man and a husband. It was a non-event. 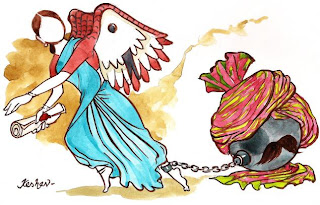 The internet is a wonderful source of information.  A quick search pulled up several articles and I found what they shared depressing.  In an article in the Huffington Post called Should Women Change Their Last Names after Marriage, they cite an Indiana University study where 71% of respondents said that women should change their name.  Not only that, 50% of those went further to say it should be required by law - turning the clock back 100 years. When looking at those who chose to keep their name, the percentage goes up amongst women who pursue higher educations, work in upper echelon jobs or are in the arts. For those who want some statistics, I have included a paragraph from the above mentioned article.

"The practice of women keeping their last names, first introduced in the U.S. by suffragette Lucy Stone in the 1850s, adopted by members of the Lucy Stone League in the 1920s and popularized during the Women's Rights Movement of the early 1970s, peaked in the 1990s at 23 percent. By the 2000s, only 18 percent of women were keeping their names, according to a 2009 study published in the journal Social Behavior and Personality. Now, according to TheKnot, it's at just 8 percent." 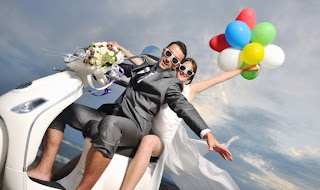 For awhile I know women tried the hyphenated last name option.  It was doomed to failure right from the start for several reasons, the biggest being it's just too long.  It also didn't solve the envelope issue as they would still come addressed the traditional way.  The few women I knew who tried this option gave it up after about 5 years. Can you imagine if you were divorced and re-married?  Would you create a new hyphenated name or just add a third.  What is saddest is that women are still harrassed for deciding to keep their own name. Below is another excerpt from that same article.  Why would giving up our last name and taking our husband's have anything to do with loving them more? What an out-dated concept. 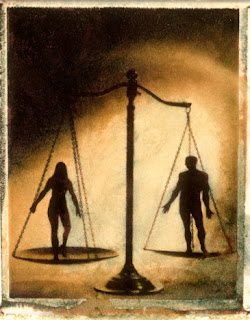 "When writer Julia Porter blogged about deciding to keep her name, commenters accused her of not really loving her husband. It's not an uncommon response -- women who blog or post to online forums that they are keeping their names are often asked whether they are really committed."

There is a new trend a few have taken where husband and wife unite to take a new name.  Eric Jankstrom (televsion - NYC) and Laura Lindstrom changed to the Jankstroms.  They found the idea of creating a new family tree appealing.  Then there is Amos Kenigsbert and Emily Zeugner (media, NYC) who now go by Zeeberg. Emily felt changing her name to her husband's would have sent the message that, ""I'm shedding my identity, I'm joining your family. As a feminist, it really bugged me. I'm glad that we created our new identity."  However it didn't solve all the problems as they still received invitations to Mr. and Mrs. Amos Kenigsberg. "I just saw the envelope and I felt such annoyance, and on a small scale, kind of outraged. He gets full billing and his full name, and the only thing I get is Mrs. It just really pissed me off."  To me this option still falls under the way too complicated heading.  Who wants paper work in several last names, especially if the marriage fails? 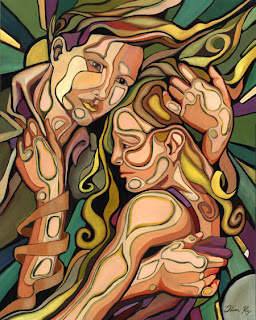 In the end it comes down to each woman exercising personal choice.  The reasons I hear for changing their name include pressure from the fiance, pressure from the families, romance, tradition and more. What I would love to hear instead are solid reasons based on something more concrete.  I can only encourage women to think this through.  Hopefully the decision is yours to make without undue outside pressure or influence.  My personal kudos to Quebec where names are not changed at marriage.  The option is still there to apply to legally change your name later, but it's not the norm.

An internet search will turn up many more articles to read for those who want more on the topic.  A few you can check out include The Grio, ecosalon, Pop Culture and a more personal blog called Somebody Has to Say It.

Further reading (I haven't had a chance to look at these yet) -
Marriage, A History: How Love Conquered Marriage - Stephanie Coontz
Making a Name: Women’s Surnames at Marriage and Beyond - Harvard Professor Claudia Goldin and graduate Maria Shim
changing choice ecosalon family feminism grio keeping Lucy Stone maiden marriage name Other pop culture pressure somebody has to say it tradition women