Meals during my young years were pretty standard.  Some sort of meat along with potatoes and cooked vegetable, followed by dessert.  It was in my pre-teen and teen years that casseroles became a staple - and a dirty word eventually as they were convenience recipes full of canned and frozen ingredients. This was the advent of Campbell Soup's campaign to make use of their condensed creamed soups (especially Cream of Mushroom) in hundreds, no thousands, of recipes.  They appealed to the average household as they made a super economical meal and were time savers. Women were heading out into the workforce in ever greater numbers and needed a way to keep dinner on the table.   Take 1 pound of hamburger, some frozen vegetables and a can or 2 of condensed cream soup, mix with a few other ingredients and VOILA!

The basics of a casserole are an oven proof dish and a melange of ingredients to go in it that provide a one dish meal.  Mix or layer, bake and serve.  Many can be prepared ahead of time and cooked at the last minute.  Add a big leafy salad and dinner is ready.  Despite the notoriety of the condensed soup based recipes, it was interesting to do a little research.  Casseroles have actually been around a long time and enjoy a place in most cultures. From Wikipedia -

"In 1866, Elmire Jolicoeur, a French Canadian immigrant, invented the precursor of the
modern casserole in Berlin, New Hampshire. The casseroles we know today are a relatively
modern invention. Early casserole recipes consisted of rice that was pounded, pressed,
and filled with a savoury mixture of meats such as chicken or sweetbreads. Some time
around the 1870s this sense of casserole seems to have slipped into its current sense.
Cooking in earthenware containers has always been common in most nations, but the idea
of casserole cooking as a one-dish meal became popular in America in the twentieth century,
especially in the 1950s when new forms of lightweight metal and glassware appeared on the
market. By the 1970s casseroles took on a less-than sophisticated image.

This week the Vancouver Sun shared 3 great looking modern casseroles - no canned soup, no frozen vegetables.  They look like great winter meals to warm you up on a cold night and are also convenient as they can be assembled ahead of time, but after trying all 3, the one below was the only one that stood out.  I have served this at 2 family get-togethers so far and have received rave reviews each time.

Note - the recipe below has been altered to include my personal changes.

This recipe adapted from the one in Everyday Celebrations with Maria Loggia can be assembled up to 2 days ahead of time.  What a great way to make entertaining easy!  Also - tortellini is filling so this is a hearty meal to fill up those growing kids with big appetites. It was a hit with my family both times I served it. 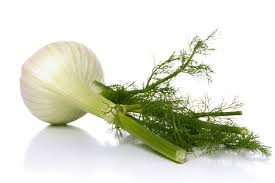 In a LARGE, DEEP frying pan with the stove on medium-high, heat 4 tbsp. (60 mL) of the olive oil. Add sausage and sauté for 2 to 3 minutes, breaking up meat with a fork. Add the fennel and mushrooms and season with salt and pepper. Sauté until sausage and mushrooms are browned and fennel is tender, about 10 minutes.

In small food processor (I use a Magic Bullet) grind fennel seeds with whole black peppercorns. Add garlic, salt and 2 remaining T of olive oil. Process until well combined (original recipe does this with a mortar and pestle). Add to the sausage mixture along with the chicken broth and cook, uncovered, for another 8 to 10 minutes. Add spinach to the pan and heat through until fully wilted. Remove from heat and set aside. Note - this is a lot of spinach and you may need to add 1/4 at a time and keep adding until all is incorporated.  Although it looks like a lot, it wilts WAY down to just the right amount.

To prepare cheese béchamel sauce: (Note - I actually make all cream sauce in the microwave, but have put the more traditional method here.) Pour the milk and cream into a large measuring cup. Melt butter in a medium-size pot over medium heat. Add flour and stir with a whisk until lump-free. In a thin stream, add some of the milk-cream mixture, stirring with a whisk until well absorbed. Repeat, making sure each addition has been well absorbed before adding more liquid. When all the liquid has been added, cook 5 minutes more, until thickened Remove from heat and stir in the Gruyere. Whisk in the egg yolks and season with salt and pepper. Transfer béchamel to a large bowl, add the sausage mixture and stir to combine.

Cook tortellini in a large pot of boiling salted water until just al dente - no more. They will cook further in the oven. Drain tortellini and add to the bowl with sausage mixture and béchamel. Toss gently, until well combined. Lightly oil baking dish - I prefer 9 x 13, the recipe suggests a 14 inch round. Spoon in the tortellini mixture, top with Parmigiano.

1. Bake uncovered  for 25-30 minutes. Serve. This works particularly well if you have family eating at all different times, but is just plain easier when I am serving a crowd.

2.  Cover and bake for 20 to 25 minutes (should be heated through and cheese melted.  Remove cover and broil a couple of minutes, until golden brown. Sprinkle with reserved fennel fronds and extra Parmi-giano, then drizzle with olive oil. This makes a nicer presentation for guests but you do have to really watch it under the broiler.
bechamel sauce campbell's soup casseroles condensed soup Everyday Celebrations fennel italian sausage Let's Talk Food mushrooms recipes tortellini