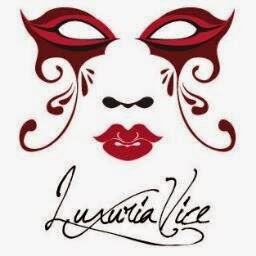 It is rare you see a costume designer in a student fashion design grad show. Kira Sams - Luxuria Vice - is one of the exceptions and her looks were showstoppers.  In a pre-show glance into her portfolio, it was overwhelmingly clear her illustration skills were equally impressive.  While the two designs shown on the runway were inspired by the opera, a few of the individual pieces could easily be snatched up by those in the audience wanting to impress at a high-end fashion function. Who will win her heart in the long run - my bet is on the theatre and this talented designer/illustrator is more than ready for the challenge.

Sams was born in Edmonton, but moved to Calgary at the age of three. This is where she has memories - this is home. As a child, she loved stories. "I could entertain myself for hours telling stories and making up fantastic tales. It’s easy to see where my love of theatre came from."  She started reading Shakespeare in fifth grade and by high school had embraced the world of theatre. Three shows a year were produced. "It was the extracurricular activity that took up all my time. In my first year, I started by assistant stage managing. The next year, I was the stage manager. In my final year, I balanced stage managing with designing the costumes for my first show, The Children’s Hour; a melodramatic two-act set in the the thirties." 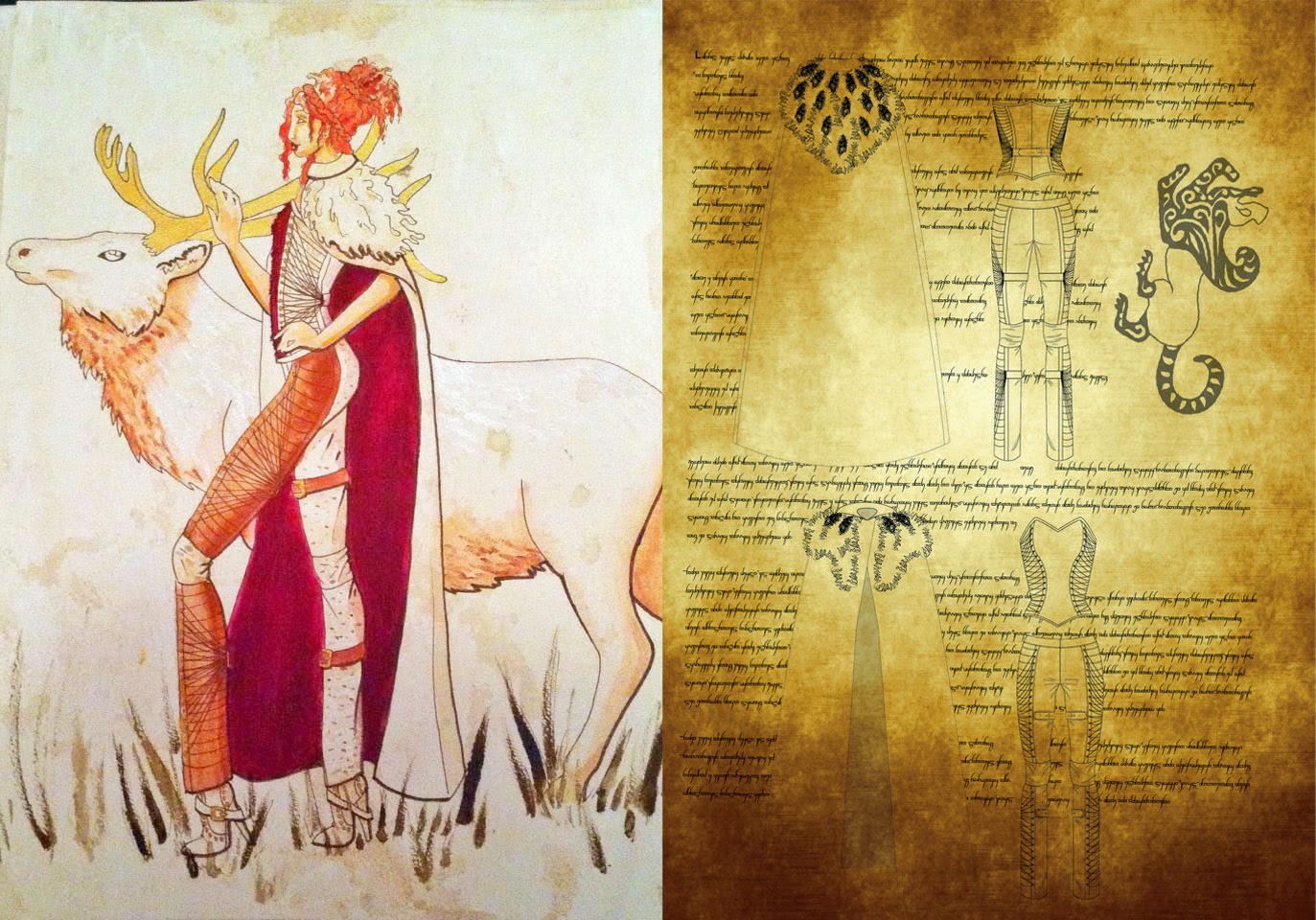 Deciding to pursue Costume Design as a career took more time. At the University of Calgary the first direction pursued was stage managing. While rewarding in its own right, there was a lack of creative input Sams found stifling.  By the third year of studies she realized where her passion lay. "I decided that I should go for what I actually wanted to do ever since getting a taste of it in high school; design costumes and clothing. After making my decision, I found a job as the solo costume designer, fabricator, and buyer for an after-school teen theatrical company and spent my summers honing my abilities with them." Despite their concerns about future job prospects, her family gave her the support necessary to follow her instincts. "They are always there for me, cheering me on, providing me with financial support and lending an ear when I need advice. I wouldn't be where I am today without them." 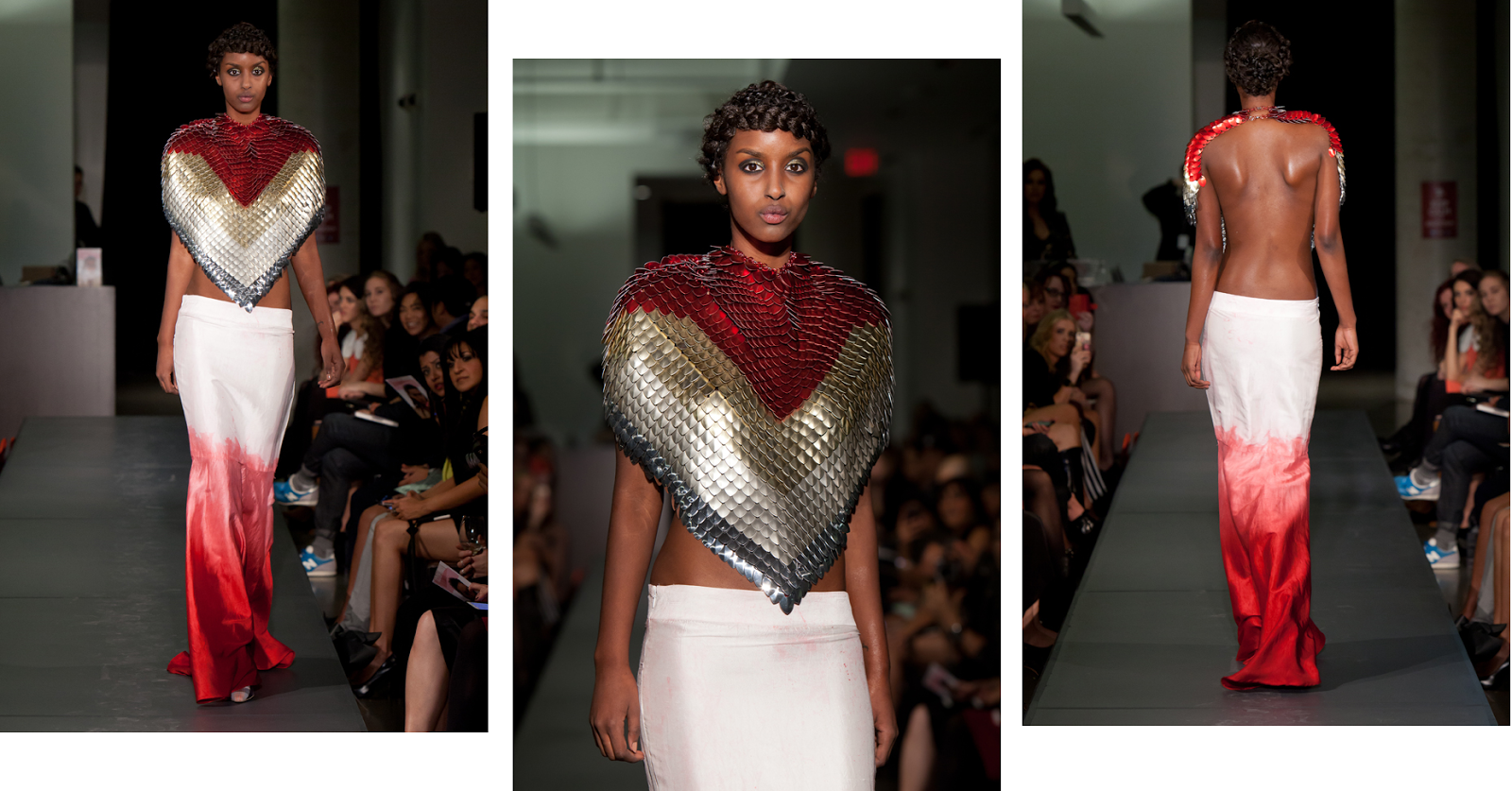 After earning a Bachelor’s degree in Theatre from the University of Calgary, it was time to look beyond the academic qualifications and experience she currently possessed, to a program that would advance her technical skills. "I felt shaky in my practical abilities. The costume design classes I had taken previous were mostly theoretical in nature, analyzing character and script, studying fashion history, and working on illustration skills."  Sams' sewing skills were self-taught and creating patterns as this point involved altering store bought ones. To pursue a career working in the wardrobe departments of film, television and theatre meant it was important to know the best way to approach each assignment and the right way to do it. 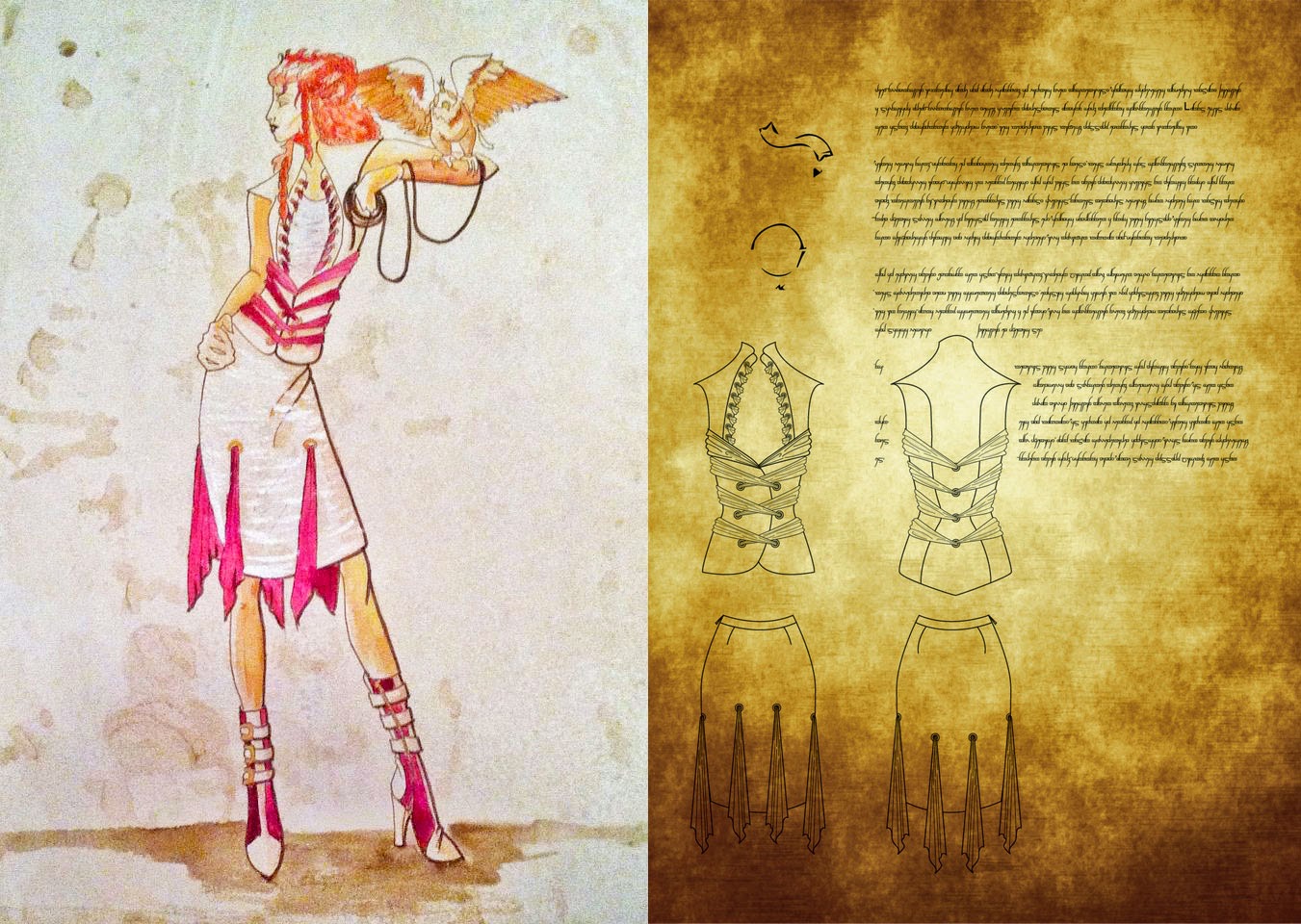 After a tour of the campus, Sams decided that Blanche Macdonald in Vancouver was the place to be. They were one of the few schools that taught garment construction, pattern making AND fashion illustration - an important skill that has taken a back seat in recent years. It was also an accelerated program that only took 1 year to complete. "After five years in post-secondary, I was ready to wrap up my education and move into the workforce. Blanche allowed me to do that in the shortest amount of time." 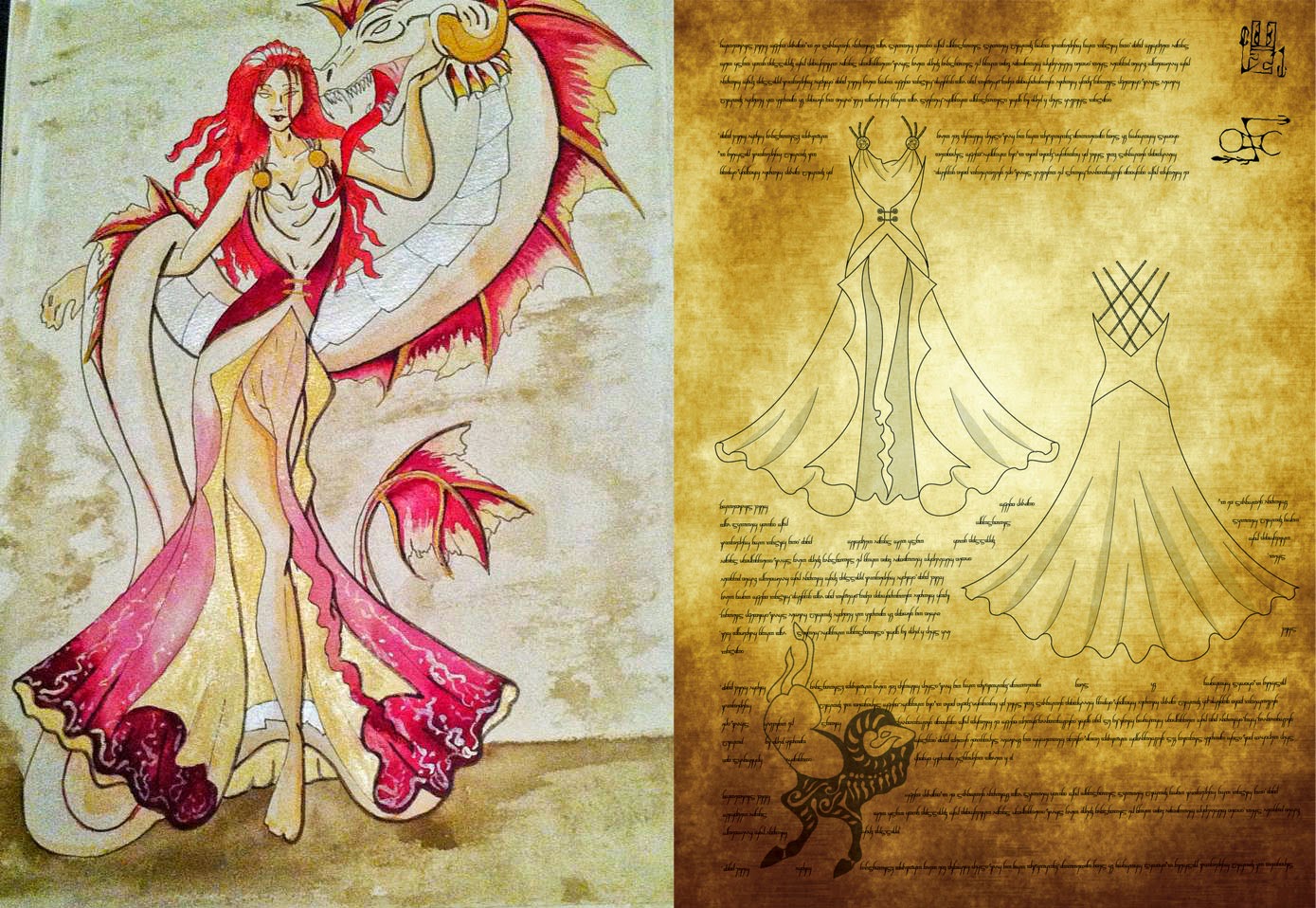 There were many similarities to her previous studies. The main focus just shifted from current shows to current runway/fashion events. Sams initially dreaded pattern drafting as she has no experience, but it grew to inspired her. "For one look that didn't make it on the graduation runway, I drafted rather complicated sleeves. I had to draft, create a muslin, adjust, and then repeat this series of tasks about twelve times before I settled on the finished result. I found this process to actually be invigorating and it quickly began my favorite part of the process." 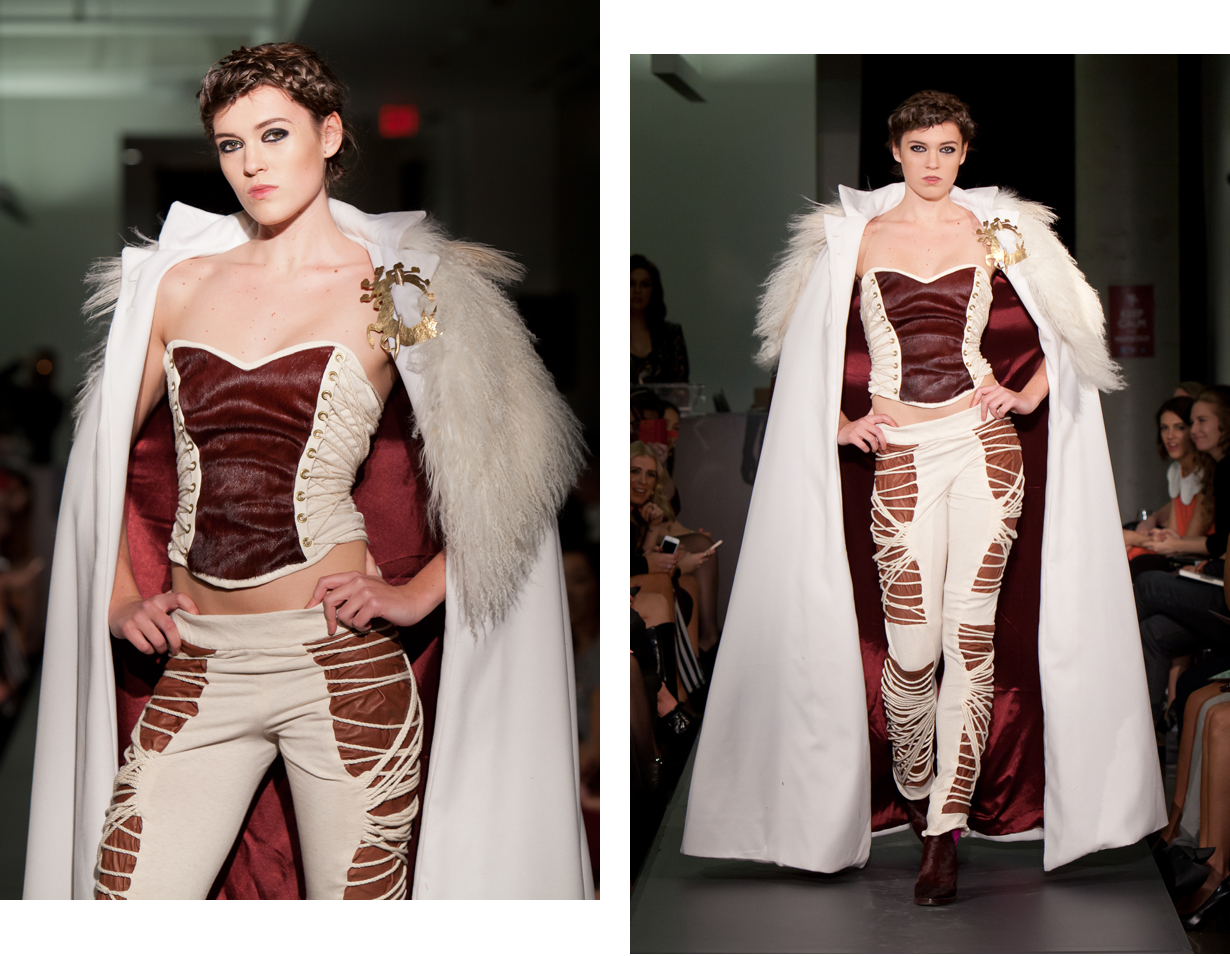 The title of her grad collection was "Die Walkure" - inspired by a series of 4 operas titled Der Ring des Nibelungen (The Ring of the Nibelung) loosely based on Nordic mythology - by German composer Richard Wagner. Amazing Victorian illustrations of the text by Arthur Rackham guided the collection's color palette. As Sams immersed herself in the music and lyrics, the character of Brunhilde - a Valkyrie who falls from grace, is claimed by the hero of the story and meets a tragic end - became the starting point for her collection. "Focusing in on my fascination with Brunhilde and her own personal story, I found that the designs I was creating reflected her journey through the narrative." 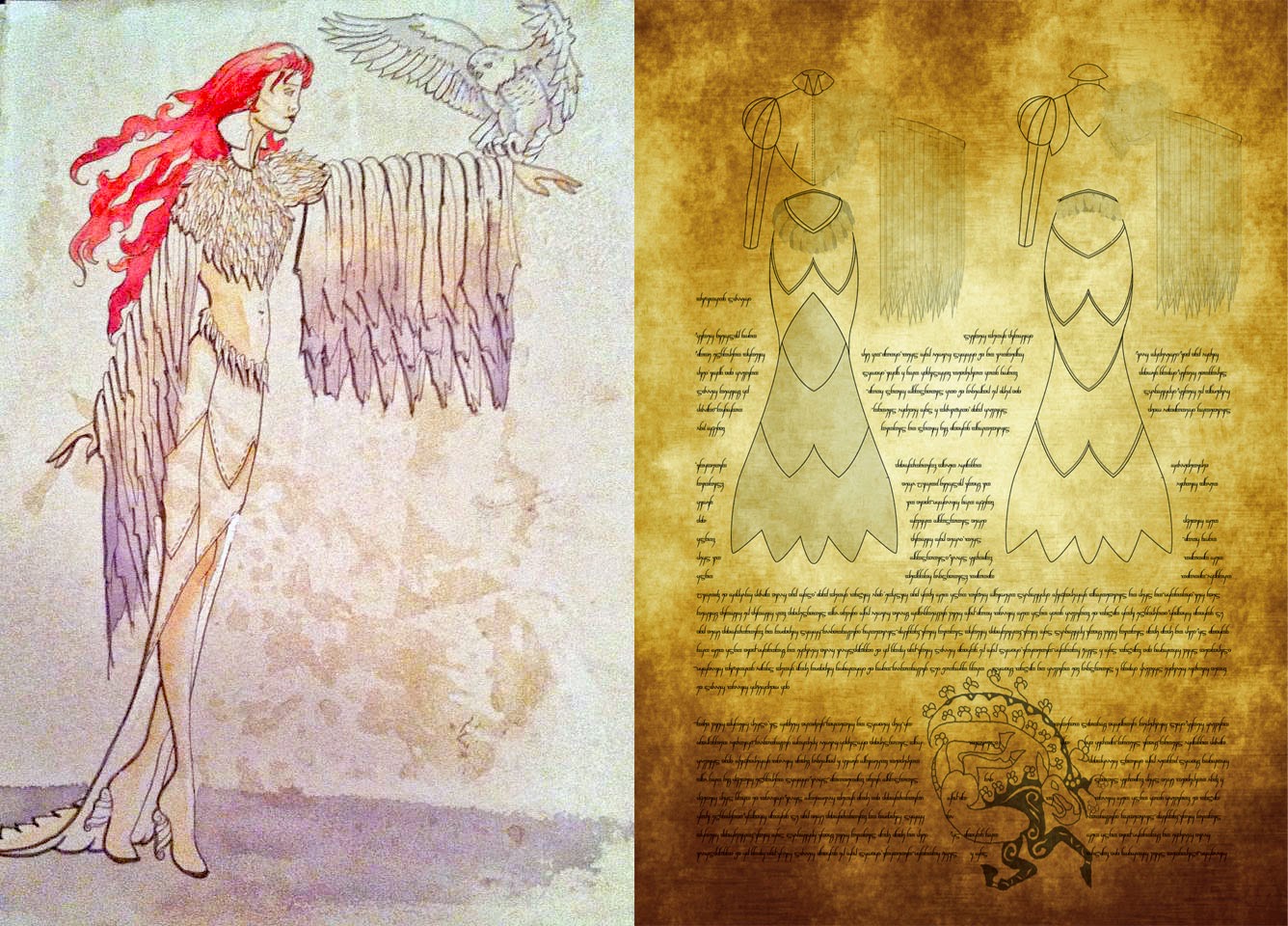 Sams never wanted to conform to one label - fashion, costume, stage, etc. - instead she found it far more interesting to create the looks and see how the audience interpreted them.The results were intriguing as when you removed the label of the theatre, the looks could find a home in many areas of the fashion industry. "My history and goals in costume design often influence people to assume my collection is one comprised entirely of costumes. Without that association, I’ve been told my collection falls under a variety of other classifications, such as evening-wear and haute couture. I love being able to work outside of the box and allow others to decide what to do with my work." 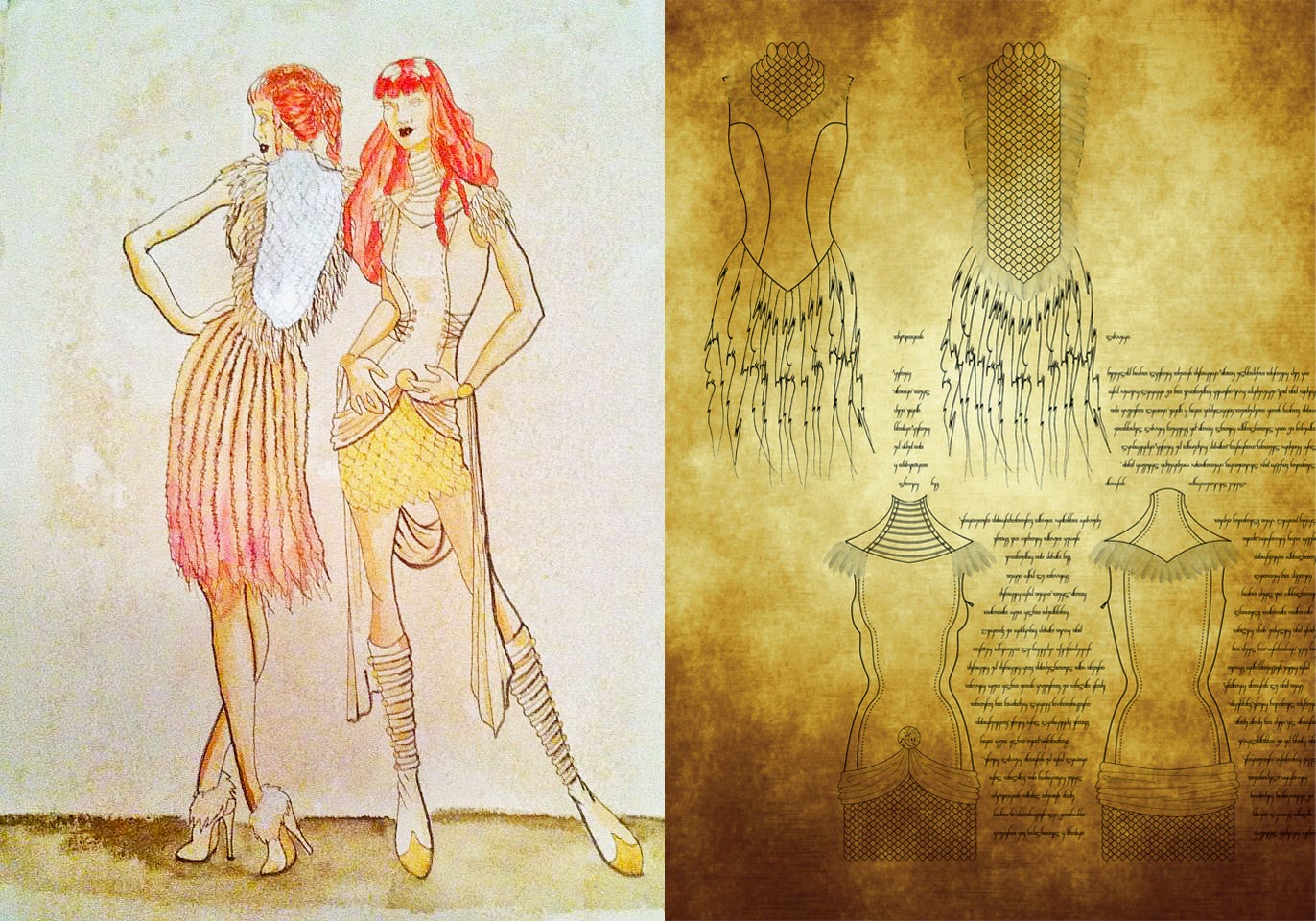 Choosing the initial palette began with lots of off-white, taupe, beige and brown to replicate the ink-washed feel of illustrations by Arthur Rackham. But the character of Brunhilde as well as fabric choices led Sams to expand this vision. Looks showcased several kinds of silk, suede and leather. Rooster feathers added a mystical touch. The two look shows were vibrant, with white, silver, red and burgundy making a show-stopping statement as the models hit the runway. The designer also wanted to honour the fact that Brunhilde was a warrior.  "Wagner talks at length about her armor in his play and I wanted to bring that element to my collection. After a bit of research, I taught myself how to weave scalemaille and incorporated it into garments." Here favourite look - whichever one she is working on at them moment! 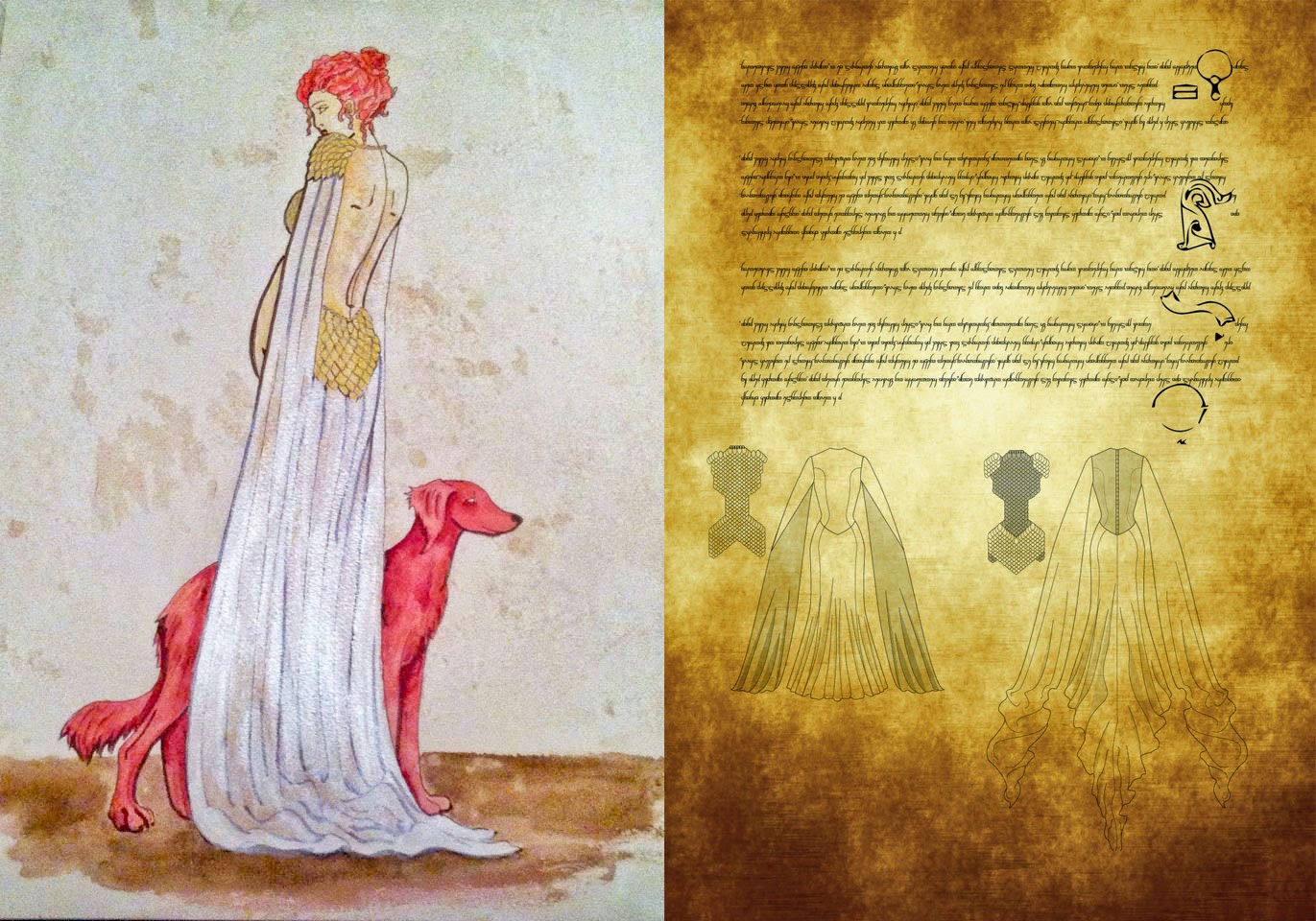 Step away from the world of design and you'll also find an academic project in the works. "While doing research for an independent project in University, I stumbled across an interesting conundrum. There is no formal classification for what separates ordinary clothing from fashion, from costume or from ‘wearable art.’ What makes fashion art but not clothing? Why are the collected works of fashion designers being turned into museum exhibits? What separates a costume from an individual's personal style? I want to start drawing the lines between these definitions, exploring where they intersect and can be separated. I find it’s something that no one else is looking at." 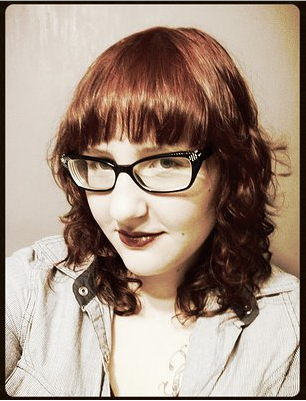 Sams is juggling many things at the moment. There are commissions to fill, personal projects in the
works and the all important union membership to finalize, opening the door to booking work in TV, film and stage. Most likely the next year or so will be in Calgary and then it will be back to Vancouver to continue on in the entertainment industry here.  The dream?  To one day be a head costume designer.