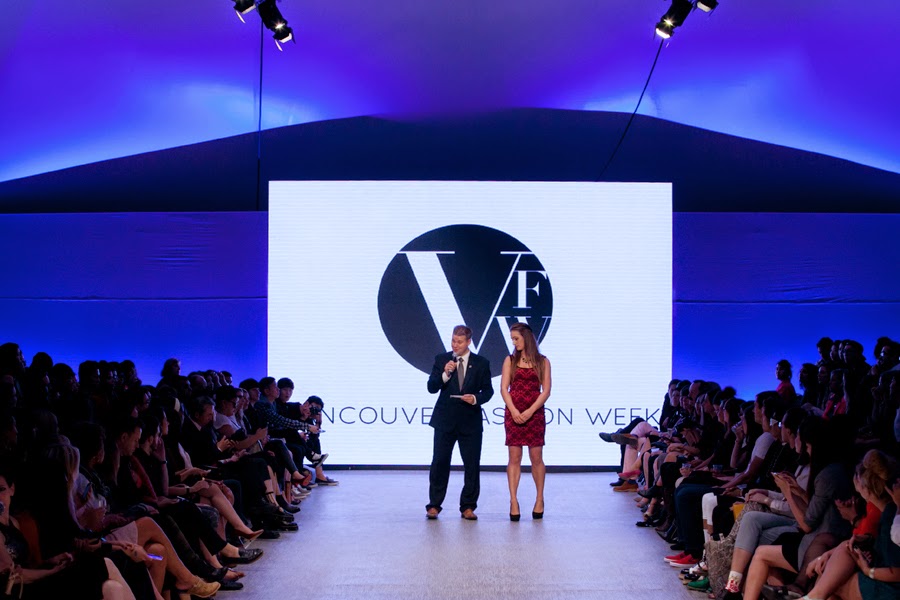 I always enjoy student shows as these designers in training hold the future of the fashion industry in their hands. What new ideas will they bring to the table? That's what I look for every time I sit in the audience.  So with this in mind - it's no wonder I look forward to the LaSalle College show each season.

LaSalle College Vancouver has been officially partnering with Vancouver Fashion Week (VFW) for 10 seasons now - although unofficially they have shown here even longer. In previous seasons we were treated to the work of their Vancouver students, but this season, they took a new direction and brought in students from LaSalle Colleges in many different locations - Vancouver (2), Montreal (6), Jakarta (1), Barcelona (2) and Casablanca (6). Most are award winners. The show was divine!  A great mix of work that tended toward the conceptual - something students have the freedom to explore.  Kudos for an excellent show. It was one of my favourite this day.

While I do not have individual information available on these students, here is an excerpt from the school's press release.

This year, additional talent from a selection of the College’s international network campuses- primarily Montréal, Casablanca and Barcelona- will be bringing their collections to the runway here in Vancouver. New this season, three selected Fashion Merchandising students from the Vancouver campus will be producing the fashion show.

Designers featured in the show include: