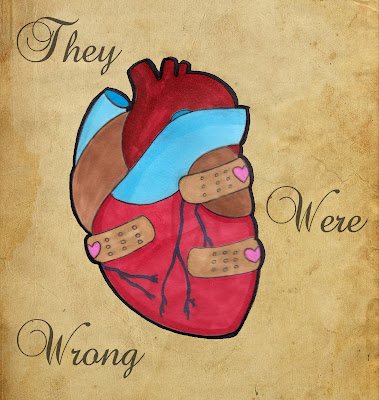 One day I was sitting at the computer looking at my Facebook news feed when I saw a post that said, "What would your tell your 20 year old self?" Without thinking, and with great emotion, I quickly typed - THEY WERE WRONG! It took me by surprise and I had to stop a minute and think about what was obviously a very emotional response.

I grew up in a very strict, very religious environment - a small town in the middle of the U.S. Back then there was no cable TV, we only had access to one local station. There was no internet, no cell phones, and people didn't travel very far. Our view of the world and society was limited to what we were fed by our tiny access to information and it was very biased.

My dad was the minister at a church in Mitchell, South Dakota - home of the Corn Palace. My mother ran the Sunday School and helped in the office. When this beautiful blonde baby girl entered their life there were visions of a quiet, calm angel who would love playing piano, love the church, be a huge asset to their ministry and perhaps go on to marry a future minister. Reality was not kind.

I was difficult, unhappy and didn't fit into the religious nature of my surroundings. The more I realized I didn't fit it, the more difficult and unhappy I became - a vicious circle. I was bored quickly and intolerant of others. My mind raced and I didn't understand why other people thought so slowly. Years later, when I had young kids of my own, I became aware of ADD and realized that I probably was dealing with this. Nobody knew about things like ADD at the time.

My two brothers seemed to move through this space just fine without causing any waves. Years later I found this was not true, but at the time they hid it well. Everyone else around me seemed to be able to do it. The question constantly arose in my mind - What is wrong with me? How come I can't figure out how to fit in?  A move to Sacramento, California, at age 11 escalated the situation as there were suddenly others around me that did not tow the line and made no apologies about it.  I never did anything too wild, but I quietly began to separate myself from family and friends, graduated a year early from high school and fled to university at the age of 17.

Through all this, the message was clear.  If I could just.......................I would fit in better, I would be more acceptable by society's standards. The implication was there was something wrong that needed fixing.The more I couldn't become that other person, the more down on myself I became. To this day self-doubt and self-esteem are issues I still have to address often. The mind knows better, but the smaller inner child struggles. It was through my love of interviewing that I slowly began to give myself not only permission to be who I was at my core, but the freedom to choose my own path and to embrace a definition of success that had meaning for me alone. Traits that had found only negative outlets when I was young began to blossom into talents as I embraced my purpose - interviewing and sharing the unique journeys of others.

I wish I had come to this realization when young instead of after my kids were grown, but life's lessons come when they do. For anyone else holding on to negative childhood messages it's time to release them.  They were wrong - you do not need to change. You are perfect just the way you are. Those traits labeled as negative can blossom into talents when you find the right outlet for them. They need fertile soil to grow. 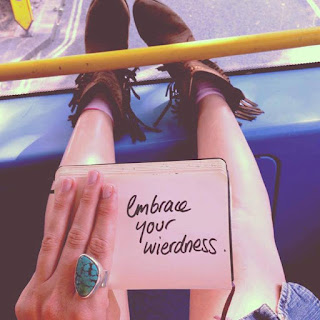 That's not to say our journey isn't about becoming a better person, but who that better person is and where life will take us as we embrace our unique purpose is often far different from what we have been told (or expected to embrace). Today, for just a few minutes at least, give yourself permission to take that box of hopes off the shelf where you stowed it, dust it off and have a look inside.  Give yourself the opportunity to dream big today without limitations!  Who knows what awaits.

Want to meet some of the interviewees that changed my perspective? Check out my new book - Life Outside the Box: The Extraordinary Journeys of 10 Unique Individuals. Overview and links to purchase HERE.
california Facebook inspiration Life Outside the Box Mitchell motivation Other Sacramento selfl-esteem Shane Koyczan south dakota they were wrong