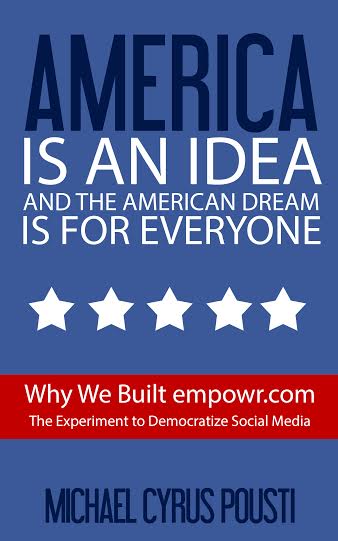 From a co-founder of empowr.com comes this "Why?"
story behind the massive social platform, empowr, that’s
been in the making for fifteen years.

After meticulously discussing the "Why?" the author then delves into how empowr has been designed to exploit the exponential characteristics of the web - via its tightly-integrated democratic, economic and educational platform - to deliver opportunity to people everywhere.

The book reads like a manifesto and a manual. One can’t help but come away with newfound or elevated inspiration to dream big, take on their own moonshot project and make a massive difference on the planet.

Note - I have not double checked and confirmed all the statistics presented in this book nor researched the author's company - empowr.com.  What I offer here is solely a review of this book.

America is An Idea and The American Dream is for Everyone is an intriguing, thoughtful look at what is happening in the world around us.  Explored are ideas on what strategies are successful and which seem to move through an established cycles of concept-growth-success-stagnation-failure. The author applies these concepts to politics - both North American and Globally - to businesses and to the education system. Several of the concerns he presented are ones that had been on my mind for quite a while now, so it was interesting to get his take on them. I found myself many times in agreement with his assessment of the situation.

In the end, I support his assertion that democracy, education and the economy all need an infusion of new ideas. Each of these are crucial to achieving and maintaining long term success, whether applied to a company or a country. As a plan of attack, Pousti puts forward several ideas developed over the last 15 years of research that are incorporated into his company's goals - hand the controls back by allowing everyone an equal say, give clear feedback to judge the results achieved, offer financial rewards to all who participate, ensure a regular change of leadership to encourage change and avoid stagnation, and recharge education by offering motivated instructors who are compensated based on the success of their students.

Whatever your thoughts are on these issues, I would recommend this book highly. I found myself considering new ideas and directions as well as gaining a clearer picture of the global situation and current events. It will challenge you to THINK. The only negative - the Table of Contents. It definitely needs a simpler, clearer layout. 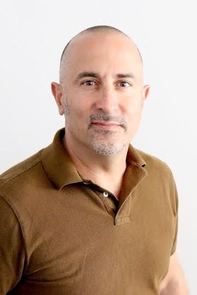 Mike Pousti is the co-founder of empowr, a partnership between academia and tech entrepreneurs that's attempting to deliver a democratized social media experience where the company is governed by its citizens.

Mike began his entrepreneurial journey when he founded his first start-up during his senior year as a computer engineering student at UC San Diego (UCSD). Employing 200 people and generating millions of dollars in profits before the age of 22, his company, Higher Educational Resources Corporation, developed the first commercially successful search engine on the Internet, known as the Arpanet.

His next start-up, Productivity Solutions Corporation, was acquired when he was 24 and two years later, Mike started CollegeClub.com, the world’s leading website for the 18-23 year old demographic.

After the dot-com crash in 2000, CollegeClub.com was acquired, and less than a week later, Mike started Phase 1 of empowr. empowr’s highly patented suite of technologies generated over $150M U.S. and today, empowr's proprietary technologies are used by all major social platforms including Facebook, Twitter, Instagram, Google Plus and Tumblr.

While Mike remains an integral part in the daily operations of empowr, he recently relinquished his CEO position and handed over control of the company to empowr’s citizens, who formally elected their leader (and new President of empowr) via a web-based election.