Interview with Daniel M. Annechino, Author of They Never Die Quietly, Resuscitation & A Piece of You 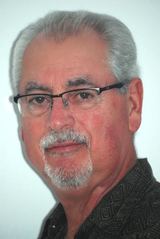 I was born in Rochester, New York. When I think about my younger years I remember being an introvert. I was the oldest of five so naturally I had a lot of “big brother” responsibilities. Somewhere along the line—I believe when I graduated from high school and had my first full-time job—I came out of my shell. No early signs whatsoever that I had a flair for writing. I didn’t pen my first book until I was over forty.

I know your writing career began at a later age. Can you share a bit about your journey to becoming a writer/published author? What drew you to write in this genre.
I was a general manager in the car business for many years and for no particular reason I decided to write a nonfiction book focused on the intelligent way to buy a car. Several months after I completed the book I found an agent, she made a publishing deal for me within a week, and it sold 22,000 copies. “Wow,” I said, “that was easy.” So, in 1993, feeling prepared to be the next Stephen King, I wrote my first novel. Couldn’t sell it anywhere. Somewhat discouraged, I wrote a second novel. I couldn’t sell that one either. I gave it one more shot and wrote #3. Guess what? It still sits on a shelf collecting dust with the first two. I gave up writing and pretty much forgot about it. But I got the bug again in 2008 and wrote They Never Die Quietly, my fourth effort. Novel #4 made it through the maze and Thomas & Mercer published it in 2010. To date I have published 5 novels with sales over 160,000. I chose the mystery/thriller genre mainly because I really enjoy creating over-the-top villains and love to keep my readers at the edge of their seats. But I also chose this particular genre because of its popularity and mass appeal.

Your thrillers certainly have twisted villians. I got the chills a few times. Do you ever get so into a story you get nervous?

I wouldn’t characterize what I experience when I’m creating diabolical villains as “nervous”, however, when I start a book I am completely absorbed. I literally vanish from the face of the Earth and only exist in the story. I live and breathe with my characters 24/7. And from time to time I get a creepy and disconnected feeling when I’m “living” in another dimension.

I wish I could come up with a simple answer to this question but my style of writing is very unconventional. For each of my books I started with a simple idea. For example, when I began writing, They Never Die Quietly, my first novel, I approached it with one simple theme: I wanted my villain to be a twisted religious fanatic whose actions are coached by his dead mother—very much alive in his mind. The rest of the story just unfolded. One plot scene fostered another; one character gave me inspiration for other characters; one subplot cultivated more subplots. It’s a highly unusual way to write full- length novels, but it works for me.

What is the writing process like - do you write when inspiration strikes or have a set schedule each day on what is to be accomplished?

For me, once I start writing a book, I try to write every day. On certain days I can’t come up with one meaningful sentence. On other days my fingers can’t keep up with the ideas exploding in my brain. There never seems to be a rhyme or reason why I experience this phenomenon, but I’d be willing to bet that most writers face similar circumstances. If I’ve learned anything at all about the writing process I’ve learned that you just can’t force creative ideas. Either it’s working or it’s not. The few times I did try to write when my creative juices weren’t flowing resulted in prose that was absolute crap.

Being a writer is so much more than just writing. I love to write and even love to edit, but in this day and age any writer who has dreams of success must also be involved in marketing, promotion, managing a web site and blog, and having a presence on social media. Any writer who thinks that writers only write is in for a big surprise. To be honest, I wish that my only responsibility was to write, but unfortunately, it just doesn’t work that way.


It took me four novels and fifteen years before I got published. Needless to say, it takes tenacity, resilience, patience, and most important, the ability to deal with rejection and harsh critics. But never forget that nearly every writer who ever enjoyed success understood that rejection is a necessary prerequisite to success. If you love to write and are driven by the written word, keep writing even if you never sign a publishing contract. In the end, success is not measured in dollars and cents; it’s measured by personal satisfaction and accomplishment. One last thought: Remember: there is no such thing as good writing; only good rewriting. The editing process is your best friend.

Any new books in the works?

Actually, I’m nearly finished with the first draft of novel #6. However, this book is a dramatic departure from my past books and is based on a true story. Briefly, my uncle was an Army Ranger during World War II and was stationed in Italy. After several fierce battles with the Germans, he and about 200 other Rangers were overwhelmed and captured by the Nazis. After several weeks of hell—what he endured is unimaginable— my uncle and two other Rangers managed to escape. But for the next five months he had to find a way to survive behind enemy lines. Eventually, my uncle was rescued by the French military. It’s an amazing story and I feel strongly it will get lots of attention.