on January 17, 2018
Check out my review of other books in this series! 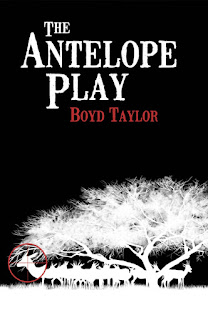 When Austin native Donnie Cuinn accepts a job as an associate in a Texas Panhandle law firm, his boredom and disdain for Velda, a sleepy Texas town, is forgotten when he gets caught up in a struggle over water rights, possible radioactive contamination of the nation's largest underground fresh water supply, and the violence of an invading Mexican drug cartel. Along the way, Donnie learns to respect the local rancher, whose brother is at the center of the troubles, and to come to terms with the violent death of his young Mexican wife.

The opening of book two really turned left for me.

At the close of book 1, Hero, Donnie Cuinn was a recently graduated historian headed off to Mexico to do research and to try to win back the heart of his lovely Cecelia. I assumed book two would his cover adventures there. Not so. Donnie has instead returned to the U.S., earned a law degree from a low end school and is working at his first job in the small town of Velda, Texas.  Didn't see that coming. Why the change of direction?  The answer is slowly revealed in small bites throughout The Antelope Play.

Donnie is obviously depressed about the turn his life has taken and that affects his attitude at work. It isn't long before he is canned from his job. Instead of returning home to Austin in shame, he moves to an even smaller town and opens his own practice, something that quickly puts him at odds with his former employer.

The plot winds through Donnie's discovery of backroom dealings, the motives driving the key players (including the U.S. government) and trying to find the reason one of his first big clients is being asked by the family trustee to sign a document allowing the sale of family water rights, something his former employer is working hard for. Along the way new women come into his life, but he can't let go of the past enough to embrace any new relationship for long.

Scattered throughout are flashbacks to what happened in Mexico. Piece by piece we slowly learn what put an end to all his previous dreams.