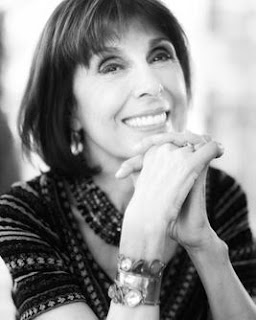 Can you share a bit about your journey to becoming a writer/published author? Looking back to your young years, were there any early signs writing books was in your future? If so please share a story.

I’ve always been a voracious reader. After we moved from Italy to Canada my father wanted to ensure I kept my Italian language but also learned to speak English properly. He bought me books in both languages. I devoured them. I would sink into the settings of each book and pretend I was the protagonist. In my head I lived all over the world. So perhaps that’s why setting plays such a major role in my writing.

But I first started writing in grade school because I was failing miserably in my penmanship classes. Try as I might I could never replicate my parents’ gracious script or that of my classmates. So my mother had me practice all my letters for hours every day while my friends were out playing in the park. I got so bored I started to write stories instead, and never stopped.

Where did your inspiration to write Sass, Smarts, and Stilettos: How Italian Women Make the Ordinary, Extraordinary come from?

My mother, Sofia Loren, Anna Magnani, my grandmother, all those smart, sassy, sexy women who defined themselves on their own terms, not those set by men, movie studios, or the fashion industry. It was tough for my mother when she became the first woman in our Astoria neighborhood to go to work. So, not only were we foreign, spoke another language, dressed and ate differently from everyone else, we were now changing social norms as well.

But she taught me not to apologize for it, not to try and disappear into American culture as if my identity and Italian roots were something to be ashamed of. ‘We’re humans not baking soda’, she said. ‘We don’t assimilate and become indistinguishable. Rather we throw pinches and tosses of our unique flavors into that exuberant recipe that is humankind.’

I took that to heart and stood up for my mother the next day when she was struggling with an English phrase and someone gave her a disparaging look. I reminded the critic that my mother spoke two languages to her one. Then I spoke to my mother in Italian and for the first time I was not embarrassed to have someone hear me do it.

They say the book you write has always been inside you in some form. So perhaps this book is simply the voice of my nine-year-old self, decades later saying, ‘See? I told you Italians were cool.’

Based on the title, I thought this was a book about fashion. Instead I found your love for all things Italian - growing up in the culture, fashion, history, art, music and food.  I am curious how you would describe this book that hints to all the treasures readers will find within it's pages.

Interestingly enough, it did start out as a fashion book but, upon reading the first few chapters, my insightful publisher, Julie Salisbury, recommended I tell the immigrant story. She saw ‘Sass’ as a book about heritage. And, in fact, heritage underlies the very essence of Italian style, along with three other elements; community, conscious consumerism, and an appreciation for art in all its forms.

As an immigrant you’re always in a state of ‘otherness’, part of two cultures but never fully one or the other. As first generation, born in Italy with Italian as our native language this was particularly true for our family. We didn’t have a third or fourth generation relative living here to educate us on the American way of life. Transatlantic travel was not as accessible as it is today, so many of our Italian American friends had never been to Italy to experience its art and authenticity firsthand.

Our frequent trips back to our homeland re-affirmed elements of our heritage my parents were determined to preserve. One was this idea to make simple ordinary moments extraordinary every minute of every day. When you live fully with integrity and passion and with the openness to seek and to see beauty around you the way an artist does, you are living in Italian.

Italians draw on art to make art of life. It’s that simple.

Your love for Italy really comes through and you mention hoping to live in Italy in your book. Did you ever move to Italy and live for a period of time?  How often do you visit?

I grew up with a romantic view of Italy because of my father’s stories. He gave me the book ‘The Passionate Sightseer’ by Bernard Berenson when I was too young to appreciate it. It inspired a lifelong fascination with art, travel, and Tuscany. So whenever we traveled back to Italy, often for months at a time, I was tuned into the beauty I was about to witness. I can still vividly recollect my first time in Piazza di Spagna in Rome, approaching Brunelleschi’s Duomo at dawn via bicycle, and the smell of roasting chestnuts in my Nonna Laura’s house in Antrosano.

Over the years I’ve tried to visit Italy every year, sometimes on business and often with my family. I can tell you that every time as the plane descends over Fiumicino I think of my first espresso at a bar in Trastevere and feel a burst of joy come over me. I’m always sad when I leave but then, even after so many years, I still feel a rush of excitement when I see the lights of my beloved New York City from inside a yellow cab.

I start with a morning meditation followed by thirty minutes of free write to shake out the cobwebs. Then I do some stretches and go outside to do something physical; a workout, a long brisk walk. After an espresso I start writing on the keyboard and try not to let writer’s block ruin my day. In general I write in the mornings and in the evenings. In between I work on other projects.

Although I try to write every day I periodically have to walk away, get outside, and think about something else. That’s when inspiration does hit, whenever I’m in motion and not at a keyboard or a desk, so I keep an old-fashioned notebook and pencil handy, even in my gym bag.

A technique that helps against writer’s block is handwriting an entire chapter in a notebook before typing it into the computer. Handwriting is more honest. There is something about the tactile sensation of a pen scrawling across paper. You don’t edit yourself as much, and when you read it out loud you always find something worth keeping. 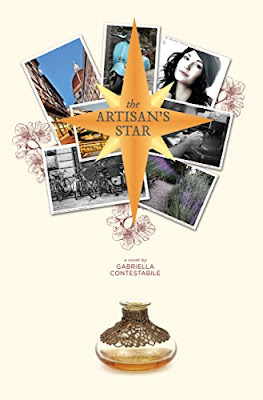 As an author - what do you enjoy most about writing process? What feels like a chore? How about the publishing process? Any tips for new authors?

What I love most is how writing makes me feel so alive. It makes me ‘woke’ as they say these days. Not in the early stages when you’re struggling through multiple drafts wondering why you ever chose to become a writer in the first place.

But later, once you finally figure out where to take the narrative. You feel it in your gut, and you just write, making mistakes along the way, like hitting potholes on a road. But you bounce back up determined to keep going, and then you’re ready to pick up speed and take on the hairpin turns. It takes awhile to get there but it’s worth it.

What feels like a chore is fighting my own self-doubt every time I stare at a blank screen. I’ve learned over the years that if the words don’t come, do something else. The muse will appear when it’s least convenient; while you’re walking in the street, on line at the farmers’ market, working on another project, or daydreaming. That’s how it works. Even when you feel you’re not working on your book, you actually are. It’s in your head and one day something happens, or you see a film, read a story, have a conversation, and it connects to your book in some way, taking the story in a new and better direction.

The publishing process was painless, thanks to Julie Salisbury of Influence Publishing, her team, and the Influence Authors community. They guided me every step of the way. At that point I was just happy to have the book finished.

I would love to get to know my readers. I’m curious about how my books affect them, if in any way what they read inspires them to do something differently. George Sanders, whose talents I can only dream of emulating, once answered the question ‘why we write’. He said ‘we write to become better people’. So I hope my books inspire people to value themselves more, to venture out and connect with others different from themselves, to embark on a new adventure, to challenge stereotypes and bias, to treasure small moments, and to be as bad ass as they want to be.

I’m passionate about social justice. I don’t know if it’s because of my own immigrant experience, from reading Dickens and Dante, or from my parents teaching me that every human being deserves to be treated with dignity, but I cannot stand to see people treated unfairly. Those themes keep emerging in my work and will continue with even more conviction going forward. ‘Sass, Smarts, and Stilettos’ enabled me to find my voice and now that I’ve found it I’m not shutting up.

Do you have any new books in the planning or writing stage?

Yes. Three projects in fact. I love collaborations so one is a book on how to live in Italian wherever you live in the world. I’ll be collaborating with two other women writers, both of whom, like myself, were born in Italy and lived in the US, Francesca Belluomini and Flavia Brunetti. We represent three generations. I also have a collection of short stories all set in Italy and needing a home. Finally a work of non-fiction that will feature fearless women who challenge the status quo and are making a difference in confronting the major issues of our times.