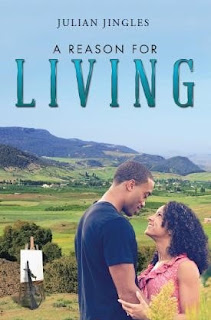 In this tale of love, passion, and self-discovery, two Jamaican men become caught up in a 1960s revolution that reveals injustices, oppression, and a purpose for one of them.

It is the mid-1960s in Kingston, Jamaica, and the country is steeped in social, political, and economic inequities. Howard Baxter, the heir to a real estate empire, has no interest in seeking or managing wealth. Painting and deflowering Jamaican maidens are his passions. As he combs the streets looking for greater meaning in his pathetic life, it soon becomes apparent that Howard's journey will not be easy.

Bernaldo Lloyd, a member of the Baxter clan, is a medical student who is sensitive to the hopelessness of the Jamaican masses. Inspired by his close friend and Howard's cousin, Ras Robin Pone, and their ties with the Rastafari movement that calls for social and economic equity, Bernaldo is determined to overthrow the corrupt government. As Howard, Bernaldo and Robin become influenced by America's Black Power and Civil Rights movements demanding equal rights for African Americans, the women in their lives both love and criticize them. But when revolution breaks out, Howard finally discovers a purpose for his twisted life that leads him in a direction he never anticipated.

Can you please share a bit about your journey to become a published author? Is it a dream you've had from childhood or one that arose as an adult?

It’s a mission I’ve been on from I began writing at age 16.

You began this book in the 1960's, but didn't publish it until 52 years later, after working as a journalist and producing documentaries and music videos. Why?

I engaged an agent in 1967 - Scott Meredith Literary Agency - who were the agents for big guns like President Richard Nixon and Henry Kissinger. Scott and his brother Sydney encouraged me to “keep writing: first for A Reason For Living, and then after telling me that they could not find a publisher for that book, that I continue writing. I had no other book to write, this was the story I had to tell, and over the years, I was able to get it to be read by several literary giants including Toni Morrison when she was at Random House, publishers such as Dell, Fawcett, Viking, all passed on it.

Three times it came close to be published, twice in the mid to late ‘70s, by “adult book” publishers who wanted me to extract the politics and other matters and just leave “the sex.” I refused. And in the 1990s a small black publishing house Gumbs & Thomas was about to publish it, but ran into financial difficulties. The challenge I faced, and still do, is that the tale of a “small island” from a working class perspective is not respected or appreciated by the bourgeoisie that controls the arts, the creative industries be it literature, plays, television, cinema.

From what was being experienced in Jamaica, and the world in the ‘60s. Several of the characters names were from friends, relatives and associates who I wanted to immortalize. Much of the inspiration also came from the three young ladies acknowledged in the book. Beauty, grace, charms are great inspirations.

What research did you have to do to bring a sense of reality to the book’s location, characters and storyline?

It was around 70% living experiences written as fiction, and 30% research. The locations are real, the story line 90% fiction, and characters all fiction, only some aliases/nicknames are real.

How does the writing process work for you? Do you schedule a time every day, work madly when inspiration hits or?

My experience was like I was on a path, a mission. I wrote religiously every day, from around 6 AM to 6 PM, with time out for breakfast, lunch, dinner which didn’t last more than 30 mins. each. I would spend two hours early morning around 4 AM, going over in my mind what was done the day before, and the direction to go in when I commenced writing later that day.

I enjoyed everything. Nothing is a chore, except making sure the grammar is correct.

I was born with a strong sense of vision, and a gift to write. I read voraciously from age 6 to about 23. And I read widely from poetry to, fiction, to politics, war, business, comics, newspapers and magazines. By age 17 I had consumed literary greats such as Miller, Spillane, Christie, Lawrence, Robbins, Tennyson, Livingstone, Shakespeare, Sheridan, Baldwin, Hughes, McKay, Mais, Blake, Russell, Brown as in Sterling.

Do you have any new books in development?

Yes, a compilation of my works, articles, essays, poems, short stories between 1968 when I began being published with a byline, to the present.

Lastly, can you please share any advice you might have for other writers working on their first book? 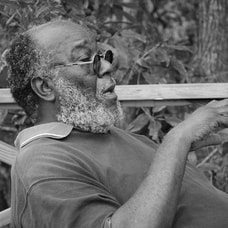 Julian Jingles has had a professional career spanning 52 years writing for publications such as the Jamaica Gleaner, the New York Amsterdam News, JET magazine, the New York Daily News, and the New York Carib News. He began work on his novel A Reason For Living in 1966, a teenager just graduating from high school in Jamaica. In 1967 he went to work as a journalist at the Gleaner Company, the oldest published newspaper in Jamaica, and the Caribbean.