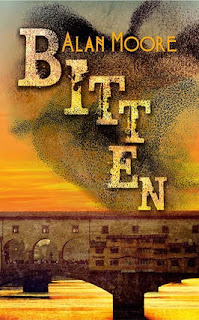 In the not-too-distant future, Italy is in disarray.

It has voted to leave the EU in an attempt to regain control of its laws, finances and commerce. Even so, the country's economy is shrinking and its national debt rising. There is a marked escalation, too, in unemployment, bank loans and immigration. Production and service companies are in difficulty. The only thriving business areas are the black market and organized crime. There is discontent and protest on all sides.

In Florence, the local Mafia boss, more accustomed to gunrunning and trading in plutonium, is involved in organizing a silent auction for the sale of one of the world's most valuable lost paintings - a sixteenth-century masterpiece, which was appropriated in World War II by Stalin's Trophy Brigade. A British art expert is set to buy the picture on behalf of his client, a South American billionaire - yet surprisingly two Italian undercover intelligence agents, acting as antique dealers, submit the winning bid.

All the while, human beings continue to harm the Earth by destroying land, sea, air, animals and trees. Global climate change, polluting the atmosphere, depleting the ozone layer: these are some of man's crimes against Nature. But time is running out. Nature has lost patience with humans. Unless something is done immediately to reverse the destruction of the ecosystem, Nature will retaliate by deploying the terrifying forces at her command. And as a first step in wreaking her revenge, she instigates a reign of terror by the deadliest creature on Earth.

I am a big sci fi fan and get little chance to indulge, so was looking forward to reading Bitten. While an interesting idea, the book just doesn't quite hold together. It really is two separate stories that run parallel with each other without ever really connecting.  Either could have been taken out without affecting the other's plot line. So perhaps this should have been two books.

One story is that of the Italian mafia trying to sell not only arms, but what could be an original work of art by a master. The process to authenticate and bid on it consumes one story line.  The second is a sci fi themed story of mosquitoes of many types banding together in devastating attacks that leave many dead. We follow a female expert as she researches and tries to find solutions other than mass extermination. The only connection to both stories is this women as she knows most of the men involved. As a sideline we are introduced to the woman's demanding sex drive which may sell books, but doesn't add to either story.

Another area that could use work is the romantic dialogue. It doesn't sound natural. And the book is wrapped up without us clearly seeing how and why the researcher came to her conclusion on how to deal with the mosquito problem. Instead we are given a speech by her sharing thoughts to wrap every up in a tidy package. No proof is offered, it's just her ideas.

For the most part the author's storytelling is strong, he just tries to do too much in one book and could use some fine tuning in several areas.  As Tim Gunn would say, "Edit, edit, edit." With some hard work, the core of this book could become a strong story. 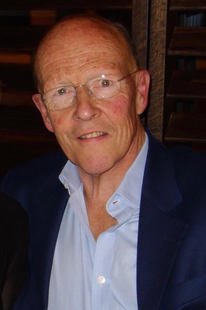 Born in Surbiton, Surrey in 1944, Alan Moore lives in Barnes, SW London, with his wife, Amber. They have two daughters and a son, who between them have two boys and two girls with another boy expected in May. Alan was educated at Oundle School in Northamptonshire and at London University, where, as an external student, he obtained a BA degree in English. Thereafter, for 25 years, he single-handedly ran his own book publishing company, which at one stage was producing up to 20 titles a year. Now, at the age of 74, he has self-published his first novel.