Interview with Tj O'Connor, Author of The Consultant: A Jonathan Hunter Thriller 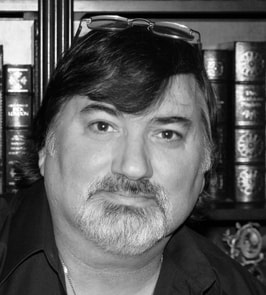 Can you share with readers a bit about your journey to becoming a writer/published author? I know you dabbled as a kid, but how did you move from an interest in writing to publishing five novels?

Actually, I wrote my first novel right out of high school. But, as one might imagine, it was horrible so I hid it from the world (where it remains to this day). Over the next many years, I wrote two more novels which were progressively better, but still not worthy of publishing. These books were before the internet made it easier to find agents, edit, publish, and follow all the rules that go along with author’s lives. However, I was working and travelling and raising a family so my writing was more a hobby then. In the early 2000s, I returned to being an independent consultant where I could make my own hours and could devote time to writing again. I studied the process of publishing, tried out a couple manuscripts, and pushed forward toward crafting a book truly publishable. It wasn’t until 2010 that I told my adult daughter about a 20-plus year nightmare that plagued me constantly. She encouraged me to write the nightmare as a novel. I did, and Dying to Know landed my agent, the amazing Kimberley Cameron, and my first book contract. From there, it was still tough, but I kept moving forward, writing more and more, and luckily landing other contracts with Black Opal and Oceanview Publishing. I think the secret to publishing, other than a lot of luck, is just writing and writing and getting to “The End.”

How much of the inspiration for your storylines and characters you create come from your extensive career as a federal agent, an anti-terrorism agent/investigator and international security consultant? Do you ever find ideas for plotlines or characters from other sources?

Most of my inspiration (and perspiration) comes from my life’s work. Storylines are bits and pieces of my own adventures and the characters often Frankenstein-like collections of various people I’ve encountered—heroes and villains. Since my world has been largely the topics I write about—murder, high crimes, terrorism, and intelligence work—for now, I’m content to stay on those plotlines. As an independent security consultant, I often work in the areas of risk and crime, so there’s a never ending flow of ideas, characters, and plots there, too. I sort of work in the “bad news” world. Geez, what does that say about me?

I don’t really have a finite writing process. I write whenever and wherever I can. That is normally in my den but not at any one time per se. I write before I start my professional day, often over lunch, after work (and after I cook the household meals and deal with my Labs!), holidays, weekends, etc. If I’m travelling for business or an overnight book event, I write in the hotel or coffee shops. It’s not a chore for me to do that, either. I love it! It keeps me sane and if I couldn’t write, I’d be done for. I even dictate scenes, notes, and plots while driving or on the plane/train using my cellphone. If I could just win the $1.6 billion lotto, I could quit work and write full time. Of course, I’d have to actually play the lotto to win, but that’s sort of a technicality!

Do you have to do a lot of outside research on locations or specific details for accuracy or to deepen the story's sense of reality?

I do use a lot of research although most of my plot points come first from my head. Then, I do research to make sure I have the most up-to-date information and go from there. I’ve run homicides and other violent crimes, burglaries, embezzlements, terrorism cases, protection operations, undercovers, et al. But, since some of my experience is dated and those professions are constantly changing, I research to make sure my knowledge is fresh and up to date. Also, I like to have real places in mind and people’s faces on my characters. So, I jump on my Harley and cruise around until I can find just the right places for scenes. I’ll photograph them, Google Earth the maps and details, and put together scene outlines for each one. For people, I’ll spend hours on the internet finding faces of people that I want my character to look like. I’ll download those, build a character outline, and build dossiers on them. I build my stories much like I run investigations or other operations. Again, it begs the question, “what’s that say about me?” 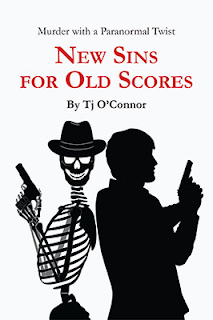 As an author - what do you enjoy most about writing process? What feels like a chore? Do you have any resources you find invaluable?

There’s really not much I don’t like about actually writing a story. Though, I am not big on social media, although I do a lot of it. In my profession, you don’t open a web site or Facebook page to talk about yourself and your life’s work in details and play-by-play. There, I sort of try to keep a low profile. As an author, that doesn’t work. My agent would kill me! So that part is tough but I do it. Editing is painful, hurtful, destructive, and depressing. I mean, I wrote the words, so if I didn’t want it said or show or done, I wouldn’t have written them, right? So when I have to edit, it hurts! But, when my editor or agent says, “Kill that one. Lose 10,000 words. Off with their heads!” I groan, moan, cry a little . . . and do it. It often requires some bourbon and sleepless nights, however.

As The Consultant takes you through a very dark journey at times, what helped you personally walk away from it at the end of a day's writing to relax and embrace a lighter mood?

Wow, I hope this doesn’t come out wrong, but The Consultant might be dark to some, but it’s not as dark as what I’ve seen. That’s why I wrote Jonathan Hunter as sort of a smartass and sarcastic character who uses self-deprecation and his own life-stories to lighten the mood in places. It’s how I cope and how many in my profession cope as well. I have tons of my own stories about autopsies, crime scenes, and terror attacks where dark humor and storytelling kept me sane. So really, I didn’t need a break from Hunter, though he might have needed one from me a lot!

Any advice for writers in the process of starting or working on their first book? 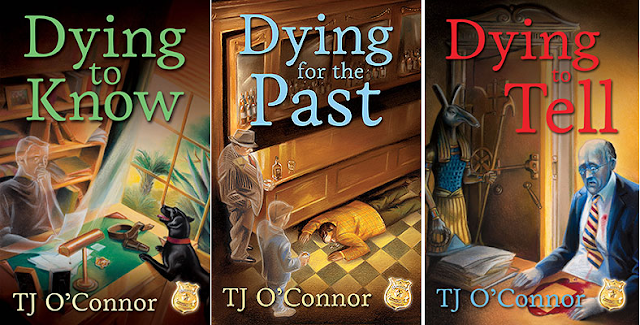 Do you have any new books in the planning or writing stage?
Yes, of course. I actually have two. I am working a pseudo-sequel to The Consultant and a standalone mystery. Both are finished but I plan on reworking them to update for the date and change around a few characters and plot sequences to improve the stories. I love these two books and will focus my time on getting them out to my agent and hopefully the marketplace. Truth is, I have a couple dozen outlines of novels I want to write. I don’t starve for ideas or characters—just time. So, if anyone rich and famous wishes to adopt me, or someone can give me the winning lotto numbers, I can write full time and get whittling away at my novels! And if you do, I’ll make you the hero in a book!