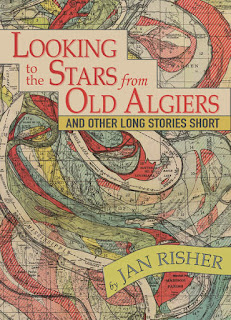 Looking to the Stars from Old Algiers and Other Long Stories Short is the collection of columns written over 15 years. Arranged in chronological order, the collection creates a narrative of one woman's aim to build her family, build up her community and weave the stories and lessons learned from the past into the present.
From her family's move to Louisiana, adoption of a daughter from China, covering Hurricane Katrina, travels near and far, author Jan Risher attempts, sometimes failing and sometimes succeeding, to do her small part to make the world a better place.

When I friend let me know about Looking to the Stars from Old Algiers I was intrigued.  While I haven't written a newspaper column, I had been writing a blog for years and had been considering packaging some of my favourite posts a series of books. I was intrigued and had to check it out.  The columns are offered chronologically, broken into chapters by years - 2002 to 2017.  For those who do not know, the term long story short refers to longer story that has been abbreviated by skipping directly to the point or giving a brief summary.

This book hit a chord for me as an author. In the chapter called Traiteurs and stories Risher shares, "Telling other people's stories is a humbling and powerful experience."  I sat back stunned as this is the first time I have had someone else share this. So it was great to find someone else on the same page. I have two focuses for my personal writing. The first is to give wings to the stories of others as I feel it is the stories of real people living real lives that will create true change.  Listening to their stories has certainly had a profound effect on me.

Then as grew as a writer, I began to realize the importance of offering a platform to those who do not have a voice - to help make their voices heard. So this quote in the title chapter leapt off the page for me. "They left me with much to consider - primarily the lesson of responsibility that those of us who have a voice have for those who don't...what is necessary to teach people who don't know how to be their own best advocates to do a better job of getting people to listen to them...Maybe the only solution is when one end of the red thread meets the other that we figure out how it is we can help each other-and we keep helping until it doesn't make sense to do it anymore."

This is an easy to read book, written as if the author is there sharing with you.  While the columns are offered chronologically, for the most part each chapter stands on its own and with short chapters, you can read it over many months without having to review. 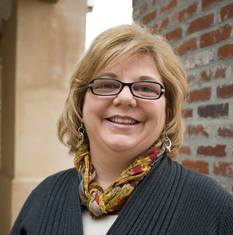 Read a fab behind the scene interview - HERE!

Jan Risher is an award-winning journalist and investigative reporter. She was managing editor of The Times of Acadiana. Before and after her time as a full-time journalist, she was an English teacher. She has taught English near and far, in its most basic and most lyrical forms. She continues her career as a freelance writer and now owns Shift Key, a content marketing and public relations firm. She, her husband and their two daughters have made their home on the banks of the Vermilion River.