The Nutcracker Conspiracy (A Thorny Rose Mystery #4) by Lauren Carr 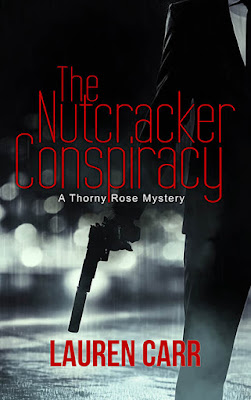 The Nutcracker Conspiracy left 12 dead in its wake. 2 days after learning this, Murphy gets a text: 13.

Three years ago, the nation gasped in horror when the President of the United States barely escaped an assassination attempt that left two dead—the vice president’s wife and the attempted assassin. Even after numerous investigations proved otherwise, conspiracy theorists argue that the assassin was acting on orders from the CIA, FBI, and every federal agency within a hundred miles of the capital.

Aspiring Author Dean Conway is the last person Lieutenant Commander Murphy Thornton wants to spend his Saturday afternoon when they end up at the same wedding reception table. While their wives tend to bridesmaid duties, Murphy is trapped listening to Dean’s latest work-in-project—completing the manuscript of an investigative journalist who’d disappeared months earlier.

“She was number twelve,” Dean says.

“Twelve witnesses connected to or investigating The Nutcracker shooting have died either in an accident or suicide.”

The Nutcracker Conspiracy - book #4 in author Lauren Carr's Thorny Rose Mystery series - offers a wild and complicated ride. It is a political thriller full of head spinning twists and turns. Intriguing clues are offered along the way to guide you, but the complicated plot is one that will keep you guessing until the final chapter.

The book opens with a scene from the past. The US president and first lady, along with the vice president and his wife, are at a performance of The Nutcracker. During intermission, the Vice President's wife is shot during an attempt on the president's life. At least that's the official story. Immediately conspiracy theories arise, fueled by the sheer number of deaths that occur over time to those whose life touched this event in any way. Was the man accused of the crime and killed in the process really trying to kill the president or was the person shot the true target? Was the cabinet was trying to remove the president from office?

Elite Phantom Murphy Thorton and his wife, Forensics Psychology student (and daughter of Mac Faraday) Jessica Faraday-Thornton, initially bought the official line. Case closed. Then a friend's husband brags he has intimate knowledge of a conspiracy, as well as a manuscript written by another author investigating the event. One who died mysteriously. The couple was at first skeptical. That was until this man becomes victim 13.


What follows is a complicated, fast paced, exciting story that follows the key characters as they try to find answers to the many questions that arise. Are there corrupt people in key government jobs? Was the killing what it appeared to be or was there something else going on behind the scenes? Are there moles inside the government and what is their goal? What is the secret research project focused on at Cox Industries? Who has orchestrated all these deaths and how did they manage to make them all look like accidents or suicides?

The only way you'll get the answer to these questions and more is to get your copy and dive in. And be prepared - it'll be a hard one to put down.

Buy the Book: This title will be available for preorder on Jan 20. Scheduled release date is Jan 30, 2020! Amazon.com ~ Add to Goodreads

Read a great interview I did with Lauren Carr for At Forty Five Magazine HERE! 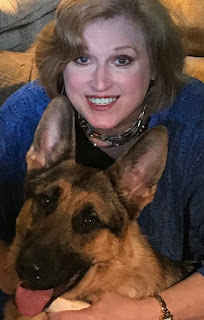