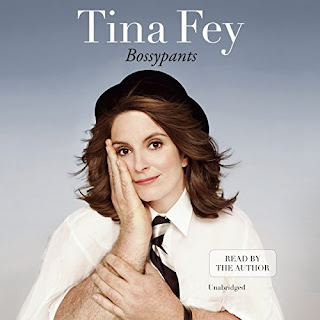 Tina Fey reveals all, and proves what we've all suspected: you're no one until someone calls you bossy.

Before Liz Lemon, before "Weekend Update", before "Sarah Palin", Tina Fey was just a young girl with a dream: a recurring stress dream that she was being chased through a local airport by her middle-school gym teacher. She also had a dream that one day she would be a comedian on TV.

She has seen both of those dreams come true.

At last, Tina Fey's story can be told. From her youthful days as a vicious nerd to her tour of duty on Saturday Night Live; from her passionately halfhearted pursuit of physical beauty to her life as a mother eating things off the floor; from her one-sided college romance to her nearly fatal honeymoon - from the beginning of this paragraph to this final sentence.

Tina Fey reveals all, and proves what we've all suspected: you're no one until someone calls you bossy.

I love reading print books - currently mostly in ebook format.  BUT audio books where the person telling their story does the reading are my new guilty pleasure.  Add in the author being someone who has made a career out of comedy and making people laugh and I'm hooked. The text seems to come alive as they have a deep connection to what they are sharing.
Bossy Pants by Tina Fey tells the story of her life in a way only someone who has been immersed in a career out of making people laugh can. What it was like growing up Tina, her journey embracing a life in comedy, being a mother and more - the author shares the highs, and even the lows, in a way that puts a smile on your face. And if you really pay attention, behind those words some really important insights are shared such as how women comedians are treated and talked about by those in the business. As two of my three kids did improvisational comedy, I loved the chapter with rules for improvisation. Each and every one was so true, and the examples cracked me up.
Honest, insightful and definitely guaranteed to bring a smile to your face - especially the audio book where Tina voice brings an extra layer of connection - I think this book is a wonderful option to dive into when what is going on in world starts to bring you down.  Time to take the weight off your shoulders and embrace a little humor. 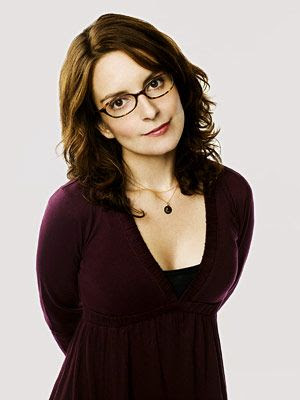 Tina Fey broke into comedy as a featured player in the Chicago-based improvisational comedy group The Second City. She then joined SNL as a writer, later becoming head writer and a performer, known for her position as co-anchor in the Weekend Update segment. In 2004, she co-starred in and wrote the screenplay for Mean Girls, which was adapted from the 2002 self-help book Queen Bees and Wannabes. After leaving SNL in 2006, she created the television series 30 Rock for Broadway Video, a situation comedy loosely based on her experiences at SNL. In 2008, she starred in the comedy film Baby Mama, alongside former SNL co-star Amy Poehler. Fey next appeared in the 2010 comedy film Date Night and the animated film Megamind. In 2015, she created and produced the television series Unbreakable Kimmy Schmidt, originally for NBC and eventually for Netflix.