The Future of Buildings, Transportation, and Power by Roger Duncan and Michael E. Webber 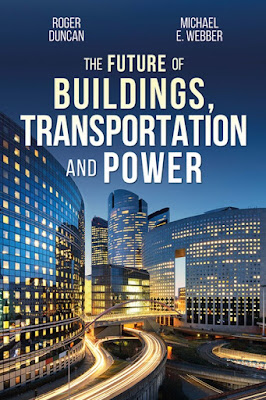 Most people have fantasized about stepping into the future, if only for a moment. Will there be flying cars? Will buildings be sleek, "smart," and clean, or will they be just one more dysfunctional component of a decaying infrastructure? Will there be robots everywhere? Will we have clean energy and clear skies or polluted air and water?

The evolution of buildings, transportation and power will determine how our future looks and feels, and in the book Roger Duncan and Michael E. Webber argue the Energy Efficiency Megatrend will shape our future technology. Buildings and vehicles will evolve into sentient-appearing machines such that we will be living, working and moving about inside robots. Buildings may develop personalities and the transportation system will have any manner of vehicle available at a moment's notice. This complex, interconnected system will be powered by the clean and efficient conversion of fuels and energy flows that surround us.
Review -
I want to speak from two perspectives in this book review. The first looks at the book itself.  It is well written, has great flow, and good editing. As a life-long SciFi reader, I found myself time and time again thinking how much I agreed with the authors' predictions. Many are things I have been seeing as a reality in SciFi stories for a very long time.  And both authors comes with credentials that back up their ability to speak on the subject of futurism.
Starting with a look at the Energy Efficiency Megatrend was perfect for me. It paved the way for what followed. It's one of those concepts most of us wouldn't think about, but as soon as you hear about it, it makes sense. From there they slowly built on how this theory has affected the growth of several industry. As the book progressed, I really loved how they opened chapters with a short fiction story. A person wakes up in the morning and then what happens after that becomes more futuristic with each re-telling. It lightened the feel of the book and put a smile on my face.
The second perspective I would like to address is the book's readership. This title is a well thought out hybrid - not a text book, not a technical manual, not an easy read. The authors have done their best to offer the material in a way that is as accessible as possible while offering the content promised. That said, it is not a book your can fly through in the evening when you're looking for a little escapism. The language for the most part is kept at a level we can all understand, but the authors have still presented a wide range of science to explore.
If  you're into learning about what the future might hold and love reading about technology - from where it has been to where it is possibly headed in the future - then this book is a must read.
Buy the Book: Amazon ~ B&N ~ IndieBound 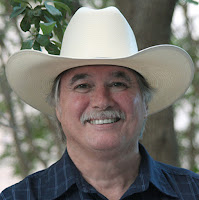 Roger Duncan is a former Research Fellow at the Energy Institute at the University of Texas at Austin. He is the former General Manager of Austin Energy, the municipal electric utility for Austin, Texas. Prior to that, he served as executive manager for several City of Austin departments, including the Environmental and Conservation Services department and Planning and Transportation.

Roger was also elected to two terms as Austin City Council member in the early 1980’s. In 2005, Business Week magazine recognized Roger as one of the 20 leading “carbon reducers” in the world, and in 2009 National Geographic recognized him as an international thought leader in energy efficiency. 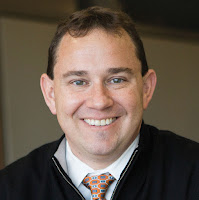 Dr. Michael E. Webber serves as the Chief Science and Technology Officer at ENGIE, a global energy & infrastructure services company. Webber is also the Josey Centennial Professor in Energy Resources at the University of Texas at Austin. Webber’s expertise spans research and education at the convergence of engineering, policy, and commercialization on topics related to innovation, energy, and the environment.
His latest book, Power Trip: the Story of Energy, was published in 2019 by Basic Books with a 6-part companion series on PBS. His first book, Thirst for Power: Energy, Water and Human Survival, which addresses the connection between earth’s most valuable resources and offers a hopeful approach toward a sustainable future, was published in 2016 by Yale Press and was converted into a documentary. He was selected as a Fellow of American Society of Mechanical Engineers and as a member of the 4th class of the Presidential Leadership Scholars, a leadership training program organized by Presidents George W. Bush and William J. Clinton.
Webber has authored more than 400 publications, holds 6 patents, and serves on the advisory board for Scientific American. Webber holds a B.S. and B.A. from UT Austin, and M.S. and Ph.D. in mechanical engineering from Stanford University.
Connect with the authors: website