Interview With Shashi Bhat, Author of The Most Precious Substance on Earth & Editor at Event Magazine 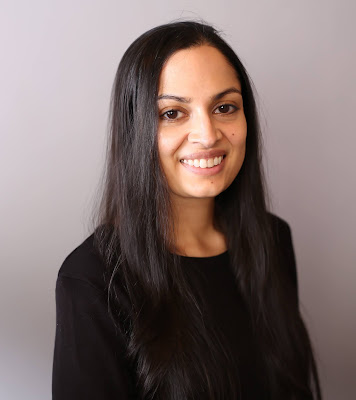 Can you share a bit about your journey to becoming a writer/published author/editor? Thinking back, were there any early signs as a child that hinted you would later put pen to paper?

As a kid, I was a reader, and I wasn’t discerning: I read everything from Laura Ingalls Wilder to Stephen King. I’m grateful that my parents never screened my reading materials. I always liked writing creatively for school assignments, and as a kid I published stories in the kid’s section of The Toronto Star, in Chicken Soup for the Soul, and similar places, but I’m not sure what exactly prompted me to start submitting; it must have just been a whim. Later, it seemed like I would go in a different direction—I was a pre-med English major in undergrad, which allowed me to keep my options open—but writing always pulled me back, so I ended up getting an MFA in fiction instead of applying to medical schools.

How does the writing process work for you? Do you schedule a time every day, work madly when inspiration hits or…?

I’m not always a daily writer, because I work full-time as a college creative writing instructor and literary magazine editor, so there are times of year when I just can’t fit in writing on top of that. I tend to write as much as I can during the summer and winter breaks, and the rest of the year I make notes.

Where do you find inspiration for your storylines?

Pretty much anywhere, and mostly through observation: a detail or image, a line of overheard dialog, an uncomfortable interaction. Often I’ll take a small, inconsequential experience and extrapolate from there, asking “what-if” questions and finding ways to raise the stakes to build a story out of it. My writing is fairly emotion-driven, so I aim to create fictional scenarios that lead to a particular emotional reaction in the reader.

As an author, what do you enjoy most about the writing process? What feels like a chore?

My favourite part of writing is when I am fully immersed in a story to the point where I’m walking around with lines of it playing in my head.

I wouldn't say it feels like a chore, but the hardest part of writing for me is that it's hundreds of hours sitting alone thinking and feeling things, but once it’s published, anybody can just go read it. Even though I write fiction, writing any book is intensely personal and takes a deep commitment, and then suddenly it's released to the public, who can dismiss it in a second.

We'd love to hear about the new book you'll be launching in August: The Most Precious Substance on Earth. What inspired it? How did you pick the title?

This book began with the character’s voice: I wanted to write a character who was funny and sharp and seemingly irrepressible, but to place her in an emotionally devastating narrative. I wanted to write a story that was disarming but also crushing, a story that felt uncomfortably true. It’s not a book about a woman finding herself or getting justice or closure, but rather the opposite—a woman losing herself, as a result of an accumulation of unfair, gender-specific experiences.

The title refers to a scene where the narrator is in her high school concert band, which the teacher names the Platinum Band, claiming it’s the most precious substance on earth. It turns out this isn’t true. More obliquely, I intended it as a metaphor for what is lost when a girl comes of age—a combination of naivety and bravado and hope; the beliefs that we hold in girlhood.

Can you share what your life is like away from reading—your career (outside writing), your work as an editor, and what you do to relax and refresh?

I teach on the creative writing faculty at Douglas College, and I’m the editor of a literary magazine called EVENT. During the school year, my day job can be all-consuming (especially as I’m not a person who’s great at compartmentalizing), but it’s also deeply rewarding, and I’m very lucky to be in a position where I get to spend time with great people and talk about what I love all day long. In my free time, I search for travel deals, take long walks while listening to podcasts, go to happy hours and cafés and bakeries, and watch wholesome half-hour sitcoms.

I'd love to close with a favourite quote—a go-to you reach for when facing challenges or needing inspiration.
I’ve always liked the Camus quote: “Fiction is the lie through which we tell the truth.”
Links - Book Synopsis -
A humorous coming-of-age novel and a sharp-edged look at how silence can shape a life, from the winner of the Journey Prize. A Chatelaine Summer Reads pick. Named one of the most anticipated books of the fall by CBC Books and 49th Shelf.

“But wait, what happened to the girl?”
“I don’t know,” I say. I don’t tell him that what will happen to her is what happens to every girl.
Nina, a bright, hilarious, and sensitive 14-year-old, doesn’t say anything when her best friend begins to pull away, or when her crush on her English teacher intensifies. She doesn’t say anything when her mother tries to match her up with local Halifax Indian boys unfamiliar with her Saved by the Bell references, or when her worried father starts reciting Hindu prayers outside her bedroom door. (“How can your dad be happy when his only daughter is unsettled?”)
And she won’t speak of the incident in high school that changes the course of her life.
On her tumultuous path from nineties high school student to present-day high school teacher, Nina will learn difficult truths about existing as a woman in the world. And whether she’s pushing herself to deliver speeches at Toastmasters meetings, struggling through her MFA program, enduring the indignities of online dating, or wrestling with how to best guide her students, she will discover that the past is never far behind her.
Darkly funny, deeply moving, at times unsettling and even shocking, Shashi Bhat’s irresistible novel examines the fraught relationships between those who take and those who have something taken. Rich with wry humour and sharp-edged insight, The Most Precious Substance on Earth is an unforgettable portrait of how silence can shape a life.
author authorinterview ComingofAge Culturalheritage fiction historicalfiction interview People womensfiction