Interview with Jim Halveron, Author of Ponce: What Actually Happened at the Fountain of Youth 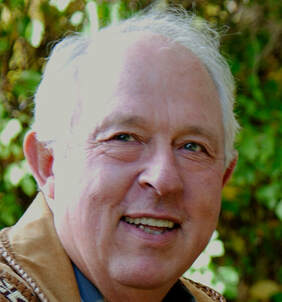 Can you share a bit about your journey to becoming a writer/published author? Any interests or early signs as a child that hinted you would later put pen to paper?
I struggled with dyslexia until early into college. Reading was hard work, really hard. Without reading, there is no writing. I never gave up. If I had a chance to do some of the things I wanted to do, I had to read. Somehow, I overcame dyslexia, at least the most devastating symptoms. I have never been a speed reader.

As I read, I began to write. A professor marked up a paper in red and asked why I didn’t write about something I knew. I took the advice and the paper received rave reviews from more than the professor. A lesson I have adhered to ever after.

Your newest book is a work of fiction created around a real historical figure - Ponce De Leon. What about his life inspired you? How much of the story is based on facts, and how much is invented?
I have wanted to write about Ponce de Leon since grammar school. A man chasing a fantasy as illusionary as a Fountain of Youth intrigued me. How could anybody educated at court, a respected warrior and conquistador pursue something like that?

Ponce’s travels, battles, and titles are historically accurate. His intimacy with the queen is pure fiction. Little is known of his second trip to Florida except that he landed on the west coast and that he died from a poison arrow delivered from a Native American. That missing history is where my satirical literary license began.
All 3 of the titles you've written have a focus of history and/or nature in them. What kind of research is involved to write this type of fiction? How long does it take you to do the research for each book?

I study history and I have travelled the west and have spent time in the Alaskan wilderness. I also study psychology, an important aspect in those books.

I personally traced almost every mile described in Trials and Trails; from New Orleans to Texas to Nebraska, the Dakotas, and westward to California. For Wilderness Spa, I back packed in the wilderness, climbed glaciers, and spent weeks rafting wilderness rivers in Alaska. I write about what I know and what I’ve seen (or what I studied and could conjure for Ponce).

I write when I feel like it. That’s usually when I have something to say, often ignited by current events and the psychology involved.
As an author - what do you enjoy most about the writing process or comes easily to you? What feels most like a chore - a struggle?

I enjoy writing, sometimes for hours on end, when original thoughts continue to materialize. Editing and rewriting my original thoughts to make them comfortable to readers is always a chore.
What do you like to do to relax and clear your mind at the end of a long writing session?

Pulling weeds or planting flowers in my two-acre flower garden usually works. An occasional trip to the ocean is also good medicine.
Do you have any new books in the planning or writing stage?

I do—it is a change of pace, a shift as large as the break of Ponce is from Trials and Trails and Wilderness Spa. The Party will be an anthology for those that survived the 1960s. Aged former hippy activists seek a cause to fill time until a party planned to relive youthful times transforms into deep philosophical discussions with young admirers.
Connect with the author: website ~ goodreads
author authorinterview bookreview fiction historicalfiction interview ireadbooktours People poncedeleon review