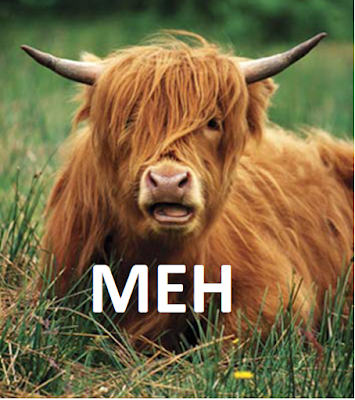 The title pulled you in didn't it. I had such a busy morning and was so distracted, that I didn't have a single idea of what to write today for my 30 day writing challenge. So I decided to do the next thing on my list - book a hair cut. I really should have had way sooner, but the timing didn't work. By next week my last cut will be truly outgrown and definitely "YAK-ish!" HAHAHA!

I was born with fine, super blonde hair. Loved the color from day one, except for a period of time I decided I wanted to be native American with long dark braids. However, the fine part always bothered me.

I grew up towards the end of the hippie era. Everyone around me had long luscious locks that they braided or let flow like a wild crown. Sometimes flowers were added as a decoration - the epitome of the flower child.

In high school I did my best to grown my fine locks as long as possible. The best I could get was about two inches below my shoulders. Being fine meant it didn't have any natural volume. It would lay flat and limp unless I curled it. First that meant sleeping in big, scratchy bottle brush curlers. They weren't easy to sleep on, but gave a bit of lift and soft wave that lasted until maybe 11 a.m. Jeez! What was I thinking?

Next came hot rollers with steam. They were smaller around, so didn't give the soft waves, but definitely got a lift. The downside was you had to get up early enough to heat the rollers, get them into your hair, and then keep them there until fully cool and hair was dry. You couldn't rush it. I was a night owl, so really struggled to do this very often. But if I did, my reward was hair with more volume until..............wait for it...........11 a.m.  Maybe! Again, what was I thinking?
And somewhere in there came two other inventions I tried - the curling iron and the portable hair dryer. They both had the same issues. They took way too long, especially in the morning before school. And they didn't last. My fine, limp hair was back to it's normal flat to head look by mid-morning. 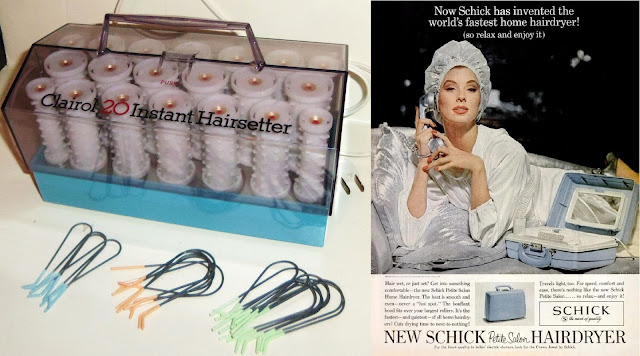 In my twenties, I discovered West Coast Swing and Latin ballroom. I dove in with great passion. In addition to hanging out at the studio, I hit the gym several times a week and took adult ballet and jazz classes. I had a lot of catching up to do. It helped to have longer hair as I could twist it into a bun, French braid, or sweep into an interesting style to keep it out of my face. It still looked like shit when down, but worked well for dance.
Along the way  I discovered perms - first the Tony home perms, and then the professional salon one. Perms were touted as the perfect answer for fine limp hair and in many ways it was when it was fresh. I loved a fresh perm. My hair had lift and volume finally. I could do my hair in the morning and it would last further into the day. It was also easier to put up for dance as there were no limp strands to fall out.

As always there was a downside. As it grew out, the roots at the top were still fine and limp. My hair would flatten on top from the part outward, then stick out curly on the sides. It was so depressing. There was an old cartoon character with hair like that (can't seem to remember which). And it made it hard to style with a couple inches of flat limp hair on the top, then the rest permed curls.
My favorite perm story comes from the time I was pregnant with my first son. At about 6-7 months I went into my hair stylist and said I won't get in again for awhile. So I want a shorter cut and perm that will last. They were gun shy as perms during pregnancy were unpredictable. But I was determined and said do it over rather than under. They cringed, then did what I asked. 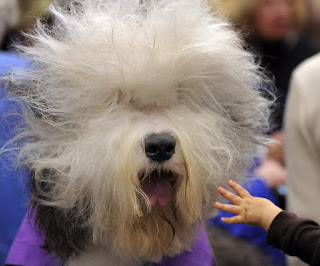 I ended up with a fuzz ball of overpermed hair on top of my head that weirdly worked. What I did with it was part it on one side, then do a larger French roll on the wider side and a smaller French roll on the narrower side. This looked AMAZING on me. Take them out and I had a puffy head of fried hair. but put them in and everyone said, "Why didn't you start doing your hair this way before?"

So I know the hair style that works fabulous on me, well at least it did in my 30's, but frying my hair regularly wasn't a great idea. Without a major perm, I have hair that won't work in that style. Eventually I gave up and went short. My current stylist also encouraged me to embrace styles that worked with my hair as it is instead of trying to make it do things that it didn't have the DNA for. I turned my hair over to him as it made so much sense and have never looked back. 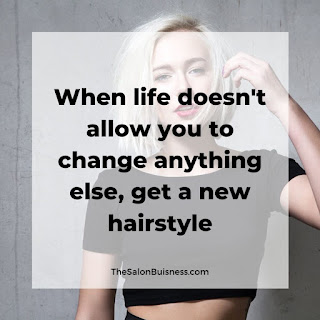 Short hair has proven easy to take care of and with the right stylist, can be changeable and oh so edgy. I love it for the most part. What I don't love is that the cut is all important and it grows out way too quickly. Six weeks is the standard they throw around but, especially with the pandemic, I have found myself stretching out the gap between cuts from eight to even twelve weeks. And that makes me ripe for a definitely "YAK-ish" look.

That is where I am today. Next week my stylist will again work his magic and I will look fabulous! He has made me a believer in the power of the right cut. But in my dreams, I still remember those double French rolls and wish I had a mane of long, beautiful, thick hair in absolutely any color.
finehair frenchroll funny hair haircut hairdryers hairjourney hairstruggles humor humour laugh limphair messyhair needahaircut Other perms steamrollers