Interview With Arthur Herbert Book, Author of The Bones of Amoret 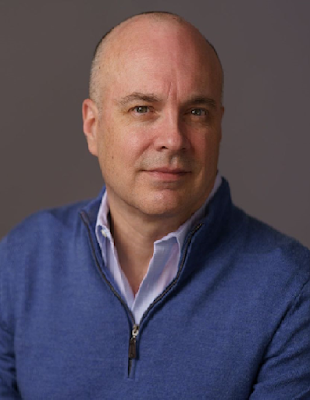 Can you share a bit about your journey to becoming a writer/published author?Was it a lifelong dream or one that came later in life?

Definitely later in life. In fact, with my first book I didn’t set out to write a novel, it just sort of happened. In September, 2019 I was sitting at a Starbucks in Flower Mound, Texas, working on a research protocol for my day job as a burn surgeon. I got stuck, and after staring at the blinking cursor for several minutes, I decided hell with it and opened a blank Word document, thinking the mechanical act of putting words to paper might get me kickstarted.

I quickly typed out about a thousand words of near-gibberish, stream of consciousness descriptive prose of a day trip I’d taken once to Ojinaga, Mexico. I saved that Word document, and over the next few months, every day I added a thousand words here, two thousand words there. A story began to form, characters arose. One day, after a few months of this, I realized I had about 60,000 words. I literally googled the question, “How many words are in a novel?” I was shocked to read the answer of 80 to 90,000 for most fiction. If I’d sat down at the beginning and said, “Today, I will start writing a novel,” it never would have happened. I did it before I believed I could do it.

Once I’d finished the book that became The Cuts that Cure, I sought professional feedback from a developmental editor who liked it and said it had commercial potential. I was relieved that I wasn’t embarrassing myself, so I decided to shop it around. Suddenly I had a contract offer and lawyers were involved. That’s when it became real. Sales in the first year have been very strong, and it slowly dawned on me this could be a new career in the making.

You've set both your books in the small town of Amoret, Texas. Is this a real or fictional town? What is your personal connection to this area?
Amoret is a fictionalized version of Alpine, Texas, a town that’s called “The Gateway to the Big Bend.” I’ve prowled the West Texas desert south of there for years by foot, truck, and boat, often wading across the Rio Grande into Mexico to explore the rock formations and foothills. I love everything about the border region, from the topography to the people to the music to the food. The desert is as timeless as it is unforgiving, and I enjoy that respite from the coddled age in which we live. Many of the small towns look no different now than they did decades ago, and I’ll admit I’m as prone to romanticizing the past as the next guy. But maybe more than anything, the border region I know is one where brown and white get along, interdependent and optimistic. It’s a refreshing reality that’s different from the narratives you read in the media.

What inspired the story and characters in The Cuts that Cure? In The Bones of Amoret?

I went through an episode of professional burnout in early 2012, one that ended with a cardiac work up. I had to learn the hard way about the advisability – in fact, the necessity – of sometimes telling your boss “I can’t, I’m too busy.” I was taking back-breaking amounts of trauma call at a very busy urban trauma center, launching my career as a surgeon-scientist, and obtaining a Masters Degree in Clinical Research from the NIH, a combination that had me routinely working 110 hour weeks. Every word of the burnout symptoms Alex experienced in Cuts were symptoms I’d personally experienced, sad to say, although I obviously made better choices than he did. That story was an indulgence of my imagination on the question of, “What might have happened if I’d let those symptoms go in a different direction?”
At its core, Bones was inspired by a ghost from my past. And I say it right up front in the dedication, my wife Amy is my real-life Angelica. She rescued me. I shudder to think what my life would look like today had we never met.
How does the writing process work for you? Do you schedule a time every day, work madly when inspiration hits or ?

Hoo-boy. It’s not easy. I write every day, either expository prose for work or fiction for pleasure. Tempting as it may be, though, I’m careful not to write fiction while I’m at work, for both moral as well as intellectual property reasons. So, on the mornings I write fiction, I get up at 3:45am and write until 5:30 when I have to start getting ready for work. The world is dark and quiet then, my wife and the dogs are still asleep, and I’m at my most creative. We live in the Garden District, and my upstairs office looks out over our neighbors’ beautiful New Orleans backyards. It’s all very Anne Rice, quite inspirational. Then on the weekends my goal is to write 2000 words.

Once I start a project, I’m disciplined about seeing it through to the point of pathology. I have lots of followers in my Twitter feed who complain incessantly about their inability to bring a story on home to the point of typing “The End.” Maybe it helps that for the first draft I don’t edit as I go, I don’t know. But for someone whose personal definition of success includes commercial sales, I can never understand walking away from a project. I mean, come on. The words don’t put themselves on the page.
What do you enjoy most about the writing process or comes easily to you? What feels most like a chore - a struggle?
I think my answers are probably backwards from most fiction writers. My favorite part is getting the first draft done, yanking the story out of the gray of my imagination and onto the black and white of the page. For all my prose, I’ve started out knowing the beginning of the story and with a rough idea of the ending, as well as one or two milestones in between that I’m going to try to hit. Then I simply start telling the story and let my imagination take over. As I start to flesh out the characters, literally getting to know them better as the pages accumulate, I usually realize, “Oh, she actually wouldn’t react that way at all to this development,” or “You know what would be cool is if…” I always, always, always wind up at a different ending than the one I’d originally planned, but (so far, at least) it seems to have worked out. When those deviations from the original rough sketch as it existed in my head come together, coalescing into a coherent and entertaining ending, that’s incredibly rewarding. I’ve heard of writers who create detailed outlines, thousands of words in length before they even undertake chapter one. I respect them, but that doesn’t work for me. I’m too impatient. My creativity wants to get to the fun part, like a little kid who wants to go straight to dessert before he’s eaten his vegetables.

My least favorite part is the corollary to that: polishing. By that time, I’m ready to be done with the book and move on to the next thing. I hear a lot of writers say how much they enjoy that last pass because the words are there, they’re just buffing them up. I’ll admit polishing is easier because I don’t have to immerse myself in the way I must for the first draft. I can sit down and polish for twenty minutes while the television is on, the dogs are barking, and the Amazon delivery person is ringing the doorbell. But it feels like work, and I have to force myself to pay attention and not hurry.

Your first book - The Cuts That Cure - really went to dark places. How did you find a way to walk away from that very dark place at the end of a writing session?

Who says I walked away from it? I’m only being semi-facetious with that answer. I was in a pretty dark place at the time I wrote Cuts and working on the book helped purge some of that baggage. Recently I heard a TED talk by the author Jess Lourey, and she cited scientific literature on the healing power of writing fiction as a means of recovering from personal trauma. I wouldn’t call what I went through “trauma” – I felt salty over a transformation of my work environment after a leadership change – I’ll say that while three years ago I would have pooh-poohed the findings Ms. Lourey cited, now I’m a believer. There was something about the simple act of putting words to paper that made the revenge fantasies, hell, the anger, melt away. 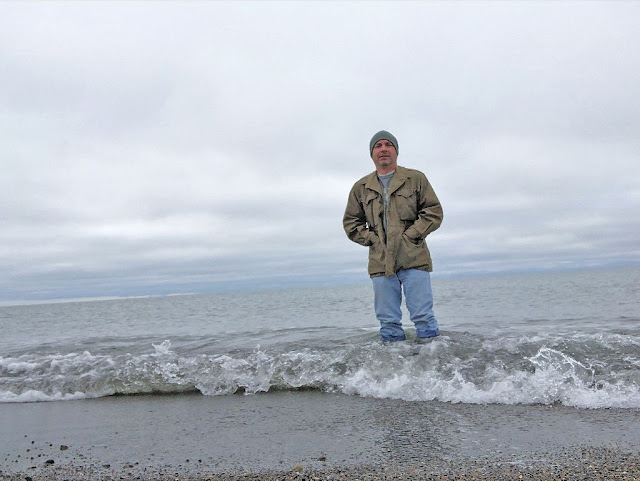 What's next for you as a writer? Any new titles in the works?

I’m about 15,000 words into my third novel, an as-yet untitled mystery set in Fairbanks, Alaska. I fell in love with the state in the summer of 2019 when I was recruited from my old job in Dallas to my new one in New Orleans. At the time of my resignation, I had eleven weeks of paid vacation saved up, and my wife asked me what I wanted to do with the time. My answer was, “I wanna drive to the Arctic Ocean.” At first, she thought that must be code for something, but when she realized I was serious she gave me her blessing to go on the trip alone. Over six weeks and 13,000 miles, I drove from Dallas to Prudhoe Bay on the north coast of Alaska. Then I took a puddle jumper over to Utqiagvik, the town previously known as Barrow which is only accessible by air or sea, and it’s the end of the line, as far north as you can go in the United States. I walked from the Utqiagvik airport (which looks from the air like a mechanic shop strung with sixty watt bulbs) to the beach. There I waded ten feet out into the Arctic Ocean, took the attached picture, then turned around to make the trip back home.

During that trip, I solo-hiked and camped all over the state. Words don’t do justice to the breathtaking beauty and grandeur. I actually quit taking pictures early on. There was no point, everything looked like a postcard. Bathing in streams above the Arctic Circle, hiking in the fog at Atigun Pass, sighting more moose and caribou and bald eagles and black bears than I could count, random forest fires that nobody seemed too concerned about, just the whole experience was life changing. The entire time I was there, though, I kept wondering what the region must be like during the winter.

So, last month I decided to find out. For the first two weeks of February, I reserved a one room cabin ten miles north of Fairbanks with a pot belly stove and no running water. I invited my wife along knowing what her answer was going to be – you know how some people are outdoorsmen? I call her an indoorsman. And when she heard we’d be using an outhouse in -25OF below with a woodstove for heat, she took a hard pass. That experience with serious winter was my first, and it was sublime. I’d had an idea for book three rattling around in my skull prior to that trip, but the immersive nature of that experience prompted me to completely change the story so that it’s now centered around a writer going to just such a cabin to finish a book. They always say, “Write what you know…”
Connect with the author: website ~ twitter ~ facebook ~ goodreads
author authorinterview fiction interview ireadbooktours murder People psychological thriller suspense thebonesofamoret thecutsthatcure thriller