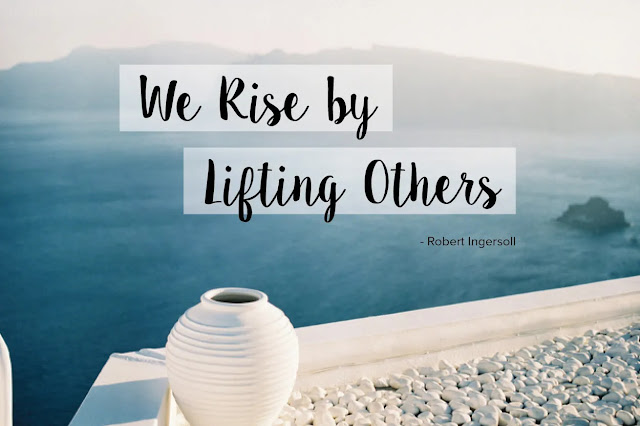 It's really interesting to be in a place in my life where I am more comfortable and have the ability to create change. The shift mentally - moving from a mindset of we don't have enough, to one of relaxing into the knowledge that we now can breathe - has been a struggle that has taken time. We're not going to be taking yearly cruises or anything, but we are comfortable and have the ability to give back occasionally.
This didn't happen until after we became empty nesters. That change coincided with our paying off the house we had been in for decades and our moving to a strata title unit. Suddenly I didn't have to balance the check book constantly. We didn't have to scrimp and save for three years to take a more exciting holiday, and every expenditure wasn't a BIG DEAL that had to be labored over. This is honestly the first time in my life money isn't a constant worry. It took time to feel real and solid. I kept waiting for the hammer to fall.
As I began to relax into the idea of "enough," I felt the pull of wanting to make a difference in some way. It started small. I would come to an event and sell my books by donation, giving money at the end of the day to the charity of their choice. In the beginning I offered 50% of sales, but over time that grew to 100% of sales for my first book. This was such a wonderful experience. I left the event inspired to look for other opportunities. Sometimes I saw an injustice I wanted to right and quietly stepped in behind the scenes. Other times it was participating in the fundraisers at events I attended. Instead of selling personal possessions I was letting go of, I chose to give them freely to those in need, and I occasionally helped with starting supplies for someone settling in a new home. Whenever possible, I liked to stay anonymous as I found it just a little bit extra joyful being an unknown fairy godmother.

In my second book, The Wisdom of Listening, my friend Randi Winter shared in one chapter her personal definition of the Jewish concept of Tzedakah. We had talked about this philosophy while chatting one day and I found it powerful. Tzedakah is very different from our western concept of charity -

The word "tzedakah" is derived from the Hebrew root Tzadei-Dalet-Qof, meaning righteousness, justice or fairness...In Judaism, giving to the poor is not viewed as a generous, magnanimous act; it is simply an act of justice and righteousness, the performance of a duty, giving the poor their due.
I love the idea of being a force of justice and duty rather than giving charity. There are also levels of blessing with these acts. The highest comes when one gives without recognition or expectation. Interestingly enough, this is very in line with what I have personally found to be true. The joy for me is in the giving not in getting accolades. 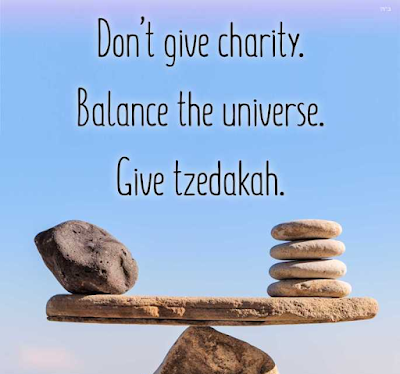 Staying in the background, however, isn't always possible, or even the right choice at times. When you are at a money raising event, your donation is very visible. As they share the running total, it inspires others to give. When I chose to crochet 50 hats - selling half and donating the money to 2 families, then donating the other 25 hats - I needed the visibility. I also hoped to inspire others to realize there were many creative ways one an make a difference. But when it is possible, I still love staying in the background.
Another thing to consider is when people share their acts of Tzedakah, it can sometimes inspire others to step out and also offer support. I am torn on this issue. It's great to inspire others, but I never want anyone to feel pressure to support the organizations or individuals I chose to support, or even feel pressure to give. I want people to listen to their own hearts for the nudge that is right for them. Staying hidden isn't the perfect road for every person, every time. However, embracing anonymous acts when it feels right can bring a different kind of satisfaction.

It has also taken me time to figure out where I am drawn to put my efforts. I like knowing the person in charge, or the recipient that will be helped. This usually means working with a smaller organization - or single individual - without a lot of overhead. I never jump on any band wagon. I get an idea and let it simmer for awhile. I take my time and make sure whatever I choose to do is heart led. Then I leap with joy into the process. There are no expectations on my side. I don't care if anyone but me knows.

We live in a world where it is popular to share everything we d every day through social media images. While there is nothing wrong with this - in fact I love seeing what all my connections are doing and how they are working to create change - I also understand how validating it can feel to be publicly recognized for our acts of Tzedakah. However, I believe there a great joy, a different kind of joy, to be found in private actions embraced without public recognition. I have been privileged to be a part of several this year and hope to do more.
I encourage you to consider finding a way to make a difference in someone's life anonymously, without expectation, every once in awhile. Let your heart guide you. The experience will be unique and the memory will be a special wonderful secret that is just yours. There will be someone out there in awe that they have a secret fairy godparent watching out for them.
acts anonymous anonymousacts charity gift giving makingadifference Other secret secretacts secretcharity secretgift share sharing tzedakah