We Were Dreamers: An Immigrant Superhero Origin Story by Simu Liu

on November 21, 2022
In this honest, inspiring and relatable memoir, newly-minted superhero Simu Liu chronicles his family's journey from China to the bright lights of Hollywood with razor-sharp wit and humor.

Synopsis -
Simu's parents left him in the care of his grandparents, then brought him to Canada when he was four. Life as a Canuck, however, is not all that it was cracked up to be; Simu's new guardians lack the gentle touch of his grandparents, resulting in harsh words and hurt feelings. His parents, on the other hand, find their new son emotionally distant and difficult to relate to - although they are related by blood, they are separated by culture, language, and values.

As Simu grows up, he plays the part of the pious child flawlessly - he gets straight A's, crushes national math competitions and makes his parents proud. But as time passes, he grows increasingly disillusioned with the path that has been laid out for him. Less than a year out of college, at the tender age of 22, his life hits rock bottom when he is laid off from his first job as an accountant. Left to his own devices, and with nothing left to lose, Simu embarks on a journey that will take him far outside of his comfort zone into the world of show business.

Through a swath of rejection and comical mishaps, Simu's determination to carve out a path for himself leads him to not only succeed as an actor, but also to open the door to reconciling with his parents.

We Were Dreamers is more than a celebrity memoir - it's a story about growing up between cultures, finding your family, and becoming the master of your own extraordinary circumstance.
Review -
I want to touch on three points in this wonderful memoir by Simu Liu that touched me as a reader. The first was the eye-opening glimpse into the lives of his family historically.  In the West we were inundated with the image the media wanted to give in the past, and it was skewed. I loved hearing the real story about how his parents lived and what their life was like back then. It also opened a window to my better understanding the mind-set of the Asian parents I met when my kids were in school.
The second was Simu's personal story. He openly and honestly shared his difficult relationship with his parents - trying to make them happy by achieving everything they asked.  The weight on his young shoulders was enormous, and it took many years of trying before he realized that was not the journey he was meant to take. There is a quote I love from another memoir that said something like - to live your best life, you have to accept you will make others unhappy. This held true in Simu's life.
The final note is simply his honest sharing on how choosing to embrace acting didn't mean life became easy. It took bravery and dogged determination, constantly trying new things and hard work, and never ever giving up his dream, to get to where he is today. He put in the time and showed up every single day. He earned his place as an actor over time and by being fully committed.
A great read!
Buy the Book: Amazon USA ~ AmazonCA ~ AbeBooks ~ Kobo ~ Audible ~ WorldCat ~ Indigo
Meet the Author - 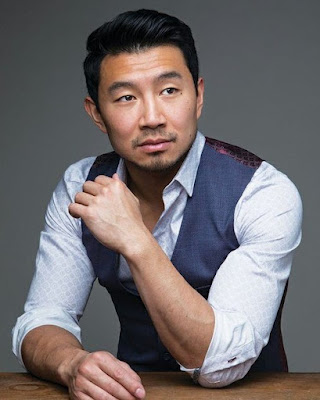 Simu is a Chinese-Canadian actor who won a Game Changer Award and People's Choice Award for his role as Shang-Chi in the Marvel movie Shang-Chi and the Legend of the Ten Rings (2021). Before his leading role in a Marvel movie, he played Jung Kim on the CBC sitcom Kim's Convenience (2016). He is also a writer and producer.

Immigrating from China at the age of 5, Simu was raised in Mississauga, Ontario. After graduating from the Richard Ivey School of Business and working at a top accounting firm for nearly a year, Liu was laid off. Deciding to pursue work in film and television instead, he quickly landed roles on series such as Heroes Reborn (2015), Nikita (2010), Warehouse 13 (2009) and Air Crash Investigation (2003). He has since starred on Blood and Water (2015) and Taken (2017), and guest starred on shows such as The Expanse (2015), Bad Blood (2017), and Fresh Off the Boat (2015).

Liu has written and produced for television as well as in film. His short film Meeting Mommy was selected as a semi-finalist for the NBC Universal Shorts Festival. He was also a writer on the second season of Blood and Water, contributing as a story editor for the season and as the main writer for one episode.
Connect With the Author:
acting actor Asian asianactor asianmemoir book bookreview books Canada China immigrant immigrantstory memoir nonfiction simuliu weweredreamers