The Disaster of Disaster Relief

on January 12, 2011
First of all, I want to be clear that I am not suggesting you quit giving money to disaster relief.  What this article is about is being knowledgeable and pushing for change in the focus of where the money goes.  To start with, I would strongly suggest you read a column in the Vancouver Sun today written by Craig Kielburger, Marc Kielburger And Drew Davidson, "Haiti's plight: One year after the earthquake" - http://www.vancouversun.com/news/Haiti+plight+year+after+earthquake/4095662/story.html.  It's an eye-opener and the inspiration behind today's column.

Over the last ten years in particular, I increasing hear about disaster funds that do not reach the people they were meant for or were a band-aid at best. In 2006 the Cato Institute commented, "Effective disaster relief efforts have to overcome the problems of bureaucracy, coordination, and adverse incentives."  Another quote, this time from the UN Foundations, is slightly suspect in that it is meant to bring them work, but the thought behind it is valid.  "When disasters strike, people need food, shelter, blankets, and medicine. But without an effective communications network, supplies are left undelivered, and relief workers are unable to do their jobs."  Before well-meaning funds arrive, a network must be in place to deal with three areas in particular:  effective communications, coordination of relief workers and a supply system that assures the shipment gets to where it is needed. 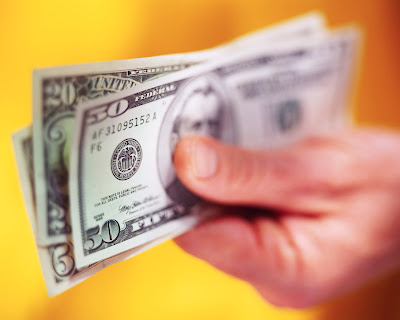 Everyone has hopefully become more aware that disaster money given directly to governments in many third world countries is at crap shoot at best.  It has, at times, disappeared into the universe, not made it to the neediest people or had large parts consumed by local charges to distribute needed goods.  Some established charities that work over time to improve life for those in impoverished areas, like the Obakki Foundation (http://obakkifoundation.org/), actually make trips to assess needs, collect the money and supplies, fill the container and have their own delivery network to make sure it gets to the right place as well as supervise the process. But when it comes to Government funds and charities set up quickly in response to a disaster, there is no knowing if the money will get where it needs to go OR if it will have a positive effect long term. 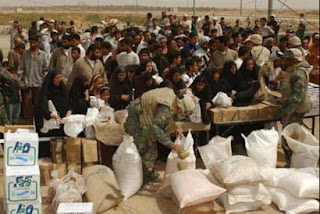 The Vancouver Sun article takes a hard look at the effects of long-term relief efforts and the problems that arise.   When a disaster first hits the news, everyone is happy to commit funds, but that doesn't mean they will actually arrive.   In Haiti alone, only $732 million of the $5.3 billion pledged has been received (less than 14%).  Another point they bring up is that the goal when first responding to a disaster is not the right focus for long-term relief efforts.  Initially you have to deal with urgent demands for emergency food, water, shelter and medical help; but you don't want to create a group of people living in a permanent tent city with no hope for the future that live from hand-out to hand-out.  After those first relief efforts, an effective assessment needs to be made on what will benefit these people in the long term.  How can we best get them back on their feet and self-supporting.

Compassion does not need to be left behind.  Those of us living in privilege should work to improve the life of those who do not have the same opportunities. Just realize it's important to first research the best charity or charities to support.  Whether you choose to focus your efforts locally or internationally, try to make sure that administrative fees or agencies hired to collect your dollars are not taking a large cut and that the organization is effective in the way donations are used and distributed.  Once you find the right match, you can give knowing your efforts will make a real difference.
charity disaster distribution emergency food haiti Obakki Foundation Other relief shelter tent city Vancouver Sun