I am by definition a really poor sleeper. I have trouble getting to sleep and napping is elusive, so often I turn the television on to something relaxing to quiet my mind for a short period of time. The Food Channel sometimes fills this need. If I need to stay more alert so I can hit the floor running, I usually pick a cooking show. To just let my mind wander and hopefully doze, I find Dinners, Drive-Ins and Dives or The Best Thing I Ever Ate are good choices. I can close my eyes and listen, only opening them if something sounds really intriguing.

Saturday I stretched out for a 30 minute rest in front of the TV. The Best Thing I Ever Ate was on. I really couldn't say what most people shared, but the segment on Joe's Special caught my attention. I don't know if I had something like this in my 20's in the wee hours of the morning after clubbing or just heard the name somewhere a long time ago and it clicked, but it definitely sparked my interest. Not only did I find the origins of this dish are steeped in mystery, but the recipes to make it are really varied.

The basics seem to be eggs, hamburger, onion and spinach, but from there it heads many directions. Some have only 1/2 pound of hamburger to 6 eggs, others 2 pounds to 6 eggs. Some have fresh spinach, some frozen (not the best flavour choice but a good save time option). The herbs used vary or are not even included and the list goes on. The only thing everyone does agree on it that this dish was first created in San Francisco and that is still where it is mainly found.

Here are 3 variations on it's origin gleaned from different sites on the internet. 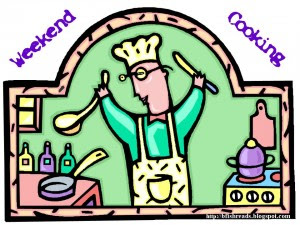 I had all 3 kids coming for a mid-afternoon brunch on Sunday, so this seemed the perfect dish to serve. It's a great hot dish that is quick to prepare and hearty to eat. After thinking about the recipe I had seen on TV and pulling 2 recipes off the internet, I decided on the combination below. My family has a wide range of taste preferences and this seemed to please everyone. If I was making a smaller version for myself, I would probably zip up the flavor a bit - I can think of several possibilities - but for Sunday, this proved a good basic and hearty dish to plan the meal around. I served it with a selection of juices, some sliced fruit and 2 types of scones (raisin and cheese).

Update - Including a 2nd recipe now as an alternative. I'll be trying this one soon too.
= = =
Joe's Special
6 Servings and about 20-30 min. to prepare

Whisk 6 eggs, salt, herbs, pepper and hot sauce until well-blended. Set aside. Put Olive Oil and Butter/Margarine in large frying pan (could use 2 T of Olive Oil instead).  Saute onion and garlic for a few minutes until soft.  Add hamburger and mushrooms and cook until the meat is no longer pink, crumbling with spatula or spoon as it cooks.  Place the fresh spinach on top, turn the heat on low and cover.  Let cook for a few minutes until the spinach starts to wilt.  Take the cover off and stir the spinach into the meat mixture and let it finish wilting for just a minute or two.  Top with the grated cheese.  You have 2 choices here.  You can serve this way once the cheese melts OR you can gently stir in the cheese before serving.  I did the second, but either would work. 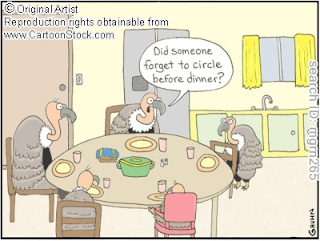 1. Add ground beef to a large saute pan. Chop into small pieces as it cooks. Add the onion, jalapeno, and garlic. Saute with the grease from the ground beef. Season with Salt and Pepper to taste.

2. Once the beef is cooked through, pile on the raw spinach. Mix into the meat and heat while stirring until the spinach becomes slightly wilted.

3. Stir the eggs together in a small bowl. Once the spinach is slightly wilted, add the eggs to the pan. Stir constantly until the eggs are completely mixed in and no longer runny. If you stir it constantly- it won’t turn into scrambled eggs