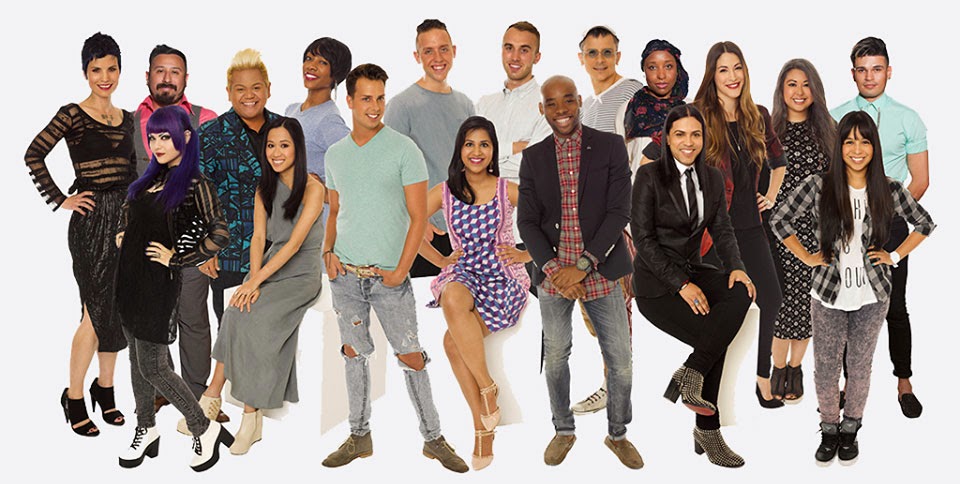 Season 13 of Project Runway has come and gone and I am just now getting the chance to watch the episodes.  Fortunately, I do not know the outcome, so it will still be a journey of discovery. I always hate the personal drama, but love to see what the challenges bring out in terms of creativity. The hits are inspiring - the misses tragic.

This season they started with 18 finalists which they pared down to 15. Again, there is a wide variety of ages and backgrounds. Then one designer was added from a previous season - selected in a fan redemption contest. Returning this season is Amanda from season 11. I think she'll be a great addition as her design work is strong. The successful 16 designers (see full list at the bottom) were moved into the luxurious, new Gotham West Apartments in New York City. Then it was off to the first challenge.

On entering the workroom, they noticed each station had a small chest on the table.  First Tim Gunn enters, welcomes them and then lets them know Amanda is the previous designer who will be returning. He then points out the Aldo Styling Wall and the Brother Sewing Room. Next he has them open the trunks. Each contains 5 fabrics in lengths of 3 yards each. Not all trunks have identical fabric. 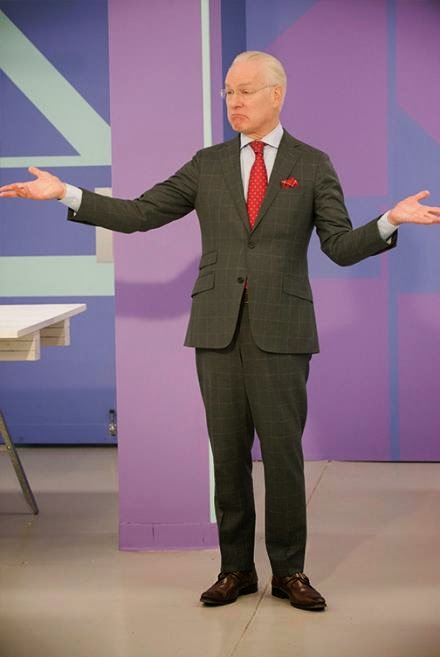 The designers are challenged this week to use these fabrics - or fabric you have traded with other designers to get - to create ONE spring look to represent what they would show for Spring/Summer 2015. This challenge is designed to give the judges a chance to see what their collection might look like if they were chosen to show at New York Mercedes-Benz Fashion Week in the finale. That's a lot of pressure on just one garment and the designers only have one day to complete it. Mayhem obviously ensued.


The judges for this week include - Heidi Klum, Fashion designer Zac Posen, Marie Clare's Creative Director Nina Garcia and star of hit show Modern Family, Emmy award winner Julie Bowen. Tim can again exercise 1 safe during the course of the show to save a designer that was eliminated. The runway show will also be anonymous. so each designer's work has to stand on it's own.

The prize package this season is worth over $300,000.
1.  $100,000 from Red Robin to launch their business and the opportunity to design a fashionable look for their servers.
2. A shoe and accessory collection from Aldo to help enhance their upcoming runway shows.
3. A premier home entertainment system from Samsung
4. An entire year's worth of beauty products from Mary Kay for their fashion shows and professional make-up artist services for their debut show.
5. A complete sewing and crafting studio from Brother
6. A 2015 Lexus NX F Sport
7. Travel and hotel accommodations to fashion capitals in inspiring locations around the world from Best Western International.
8. The winning designer and model will also receive a fashion spread in Marie Clare magazine 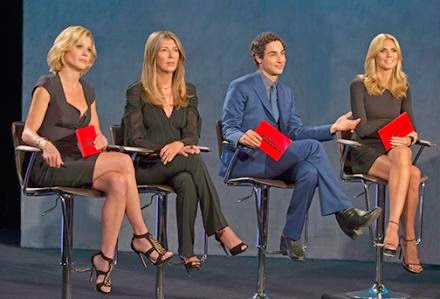 The judging this week was interesting. I actually really love winner Sandya's unique vision, but honestly wouldn't have picked this look as the winner or even in the top 3. Great concept - but not quite developed. That said, I am glad Sandhya is in this competition to bring her unique aesthetic. I'm looking forward to seeing what she has to offer in future challenges.

Char and Amanda (didn't agree with the judges that it was too plain) stood out for me, as did Carrie, Fade and Sean.  I would wear Amanda's look if the top was just slightly longer in front and Sean's if the overall length was just a few inches shorter. I do agree with the designer sent home.

Here are the judges comments.

Sandya -
Julie - I love the silhouette of this dress. I feel like for real life, the ripped off is a little like an amorous moment that was interrupted.
Heidi - I feel like that [the ripped edges] gives it the edginess. It's not something people actually would wear, but it is for a fashion show. I feel like that gives it that extra something special and I haven't seen something like that before. You surprised me.
Zac - And it feels personal - all those little details - and that makes clothing special.
Nina - I think with you, you took something and made it into a fantasy. I think this was very inventive. I like the way you manipulated the fabric, You dip dyed the top. I have full confidence that you have the creativity to make it in this show.

Char -
Nina - I thought this was so charming.  I love the fact you took this cotton jersey and made it look so special.  You took an ordinary fabric and turned it into and extraordinary top.
Julie Bowen - I love this very much. I love a pocket. As a human who has had children the idea of a crop top makes my mind explode with fear but it works here.
Zac - Did you drape the top in the actual fabric? I think that helped because you worked through the volume of the fabric instead of a muslin first. Elegant and edgy - cool!
Heidi - I can also see more pieces you would create with this in a fashion show, because this is supposed to be one of your many looks.

Amanda -
Nina - To do something that is interesting and commercial is very hard. And I think this is one of them. The pants look fabulous. The way you styled her looks groovy - she looks cool. I want to be that girl.
Zac - I thought the top was beautifully draped. It looked really professionally made. There was a sophistication.  It wasn't a wow runway piece. It was good.
Julie - I think those pants fit so well. I don't need the pattern because they are so well made need to have a lot of ??? going on.
Heidi - For me it didn't stand out enough. I think you have to bring us more fashion. For me it's almost too normal too wearable. I think if you want to win Project Runway you have to turn the volume up a little bit more.