The Hollow Man by Paul Ellis 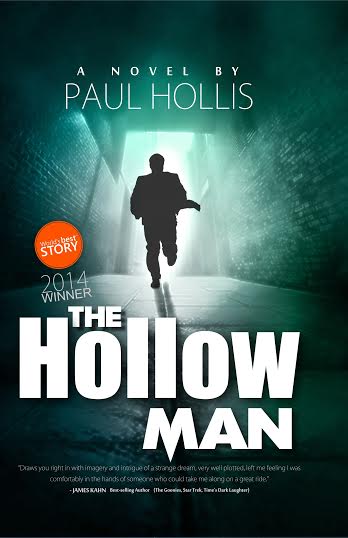 "He’s no hero; not clever or capable, talented
or tested. The Hollow Man is just trying to
survive in an uncertain climate where terrorism
is changing the rules of how we live.

A terrorist’s plot, the assassination of a prime minister, holds the key to an apocalyptic plan to destroy Europe’s economy. It’s impossible to stop, but one man doesn’t know enough to think the world can’t be saved. He’s no hero; not clever or capable, talented or tested. The Hollow Man is just trying to survive in an uncertain climate where terrorism is changing the rules of how we live.

I found the Hollow Man a great surprise. It's listed as a mystery/suspense/thriller and technically that is true. There is a terrorist plot afloat, numerous attempts to kill Doc (the main character), numbers on a slip of paper to decipher and changing disguises as the main character draws ever near the final confrontation. Many, many side characters get offed along the way. Throughout, Doc doggedly continues to follow the illusive trail of the truly evil enemy he has been trailing for awhile and tries to figure out how to stop a tragedy he senses coming - one that will affect the world on a global scale.

The surprise came in the fact that Doc is no hero. An idealist at heart, he is but an observer sent in by a secret government agency to observe, to discover the truth of a situation - to find people and learn from them - and then just report the facts. This is no James Bond. Plagued by haunting nightmares that end up having relevance to the story, and without a weapon, he still chooses to doggedly move forward despite constant danger.  There are two things he brings that even the odds. First there is a female acquaintance - Zita - who IS a very capable agent and steps in to assist when he gets over his head. Then there is the fact he has some serious skills when it comes to a real face-to-face fight.

A great read. This award winning novel is sure to keep you glued to the pages into the wee hours of the morning.

For a great behind the scenes interview with author Paul Hollis click HERE! 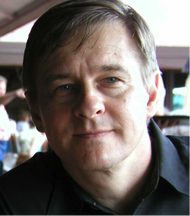 Having lived in twelve states and eventually working in all fifty, he fell in love early with seeing the world on someone else’s money. Since then, he has lived abroad nine years while working in forty-eight countries, spanning five continents. These experiences helped Paul Hollis bring his own unique viewpoint to his mesmerizing thrillers.