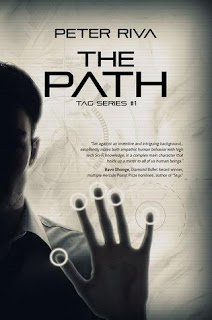 All life on earth is about to be terminated by an
entity as old as the galaxy itself. To make matters
worse, Simon has broken everything already.

In a future world that is run by computer systems and that is without want, how can a man find his role? Then, if the very computers he works on to try to make them more human suddenly try to kill him, revealing a secret so vast that it affects every living soul on the planet, can that man be a hero?

These are the questions that face the stumbling, comic, and certainly flawed Simon Bank. His job is to work with the System’s artificial intelligence, making it fit more perfectly into human society so that it can keep the country running smoothly. But when the System threatens the peaceful world he knows, Simon suddenly must rush to save his own life, as well as the life of everyone on earth. Forced to reassess everything that he thought he knew, he is caught within circumstances way beyond his control.

Simon’s only hope is to rely on intellect and instincts he didn’t know he had, and on new friends, not all of them human, to change himself and all humanity. And he doesn’t have much time.


Science Fiction what I read almost exclusively during my young years, but as I aged my library expanded to include a wide variety of genres. I leapt at the chance to review The Path as it was a return to a genre I love, but in a subgenre I had not explored - "Cyberpunk, a subgenre of science fiction in a future setting, noted for its focus on 'high tech and low life'. It features advanced technology and science, such as information technology and cybernetics, coupled with a degree of breakdown or radical change in the social order."

The challenge for the writer is obvious - you must display strong technical knowledge. It just can't be faked well. For the reader, the writing is much more complicated. There is a lot of information to absorb. Sometimes philosophical discussions also arise. If you're looking for just escapism, this might not be the genre for you. If you enjoy being offered ideas to challenge your mind in addition to a SciFi story line, then you've come to the right place.

The Path offers an alternative future where a computer keeps everything in North America running as it should. It appears that the citizens of this country have achieved a sort of utopia - something not shared or allowed in the rest of the world. Simon Bank's job is to try and improve the functioning of the system by making it more human in it's responses. Several surprises arise as breakdowns begin to occur and lies begin to surface. He finds himself being blamed and has to run, struggling to stay ahead of pursuers. The question arises, has this computer become sentient. He says yes and wants to protect this new being. Others fall on both sides - yes and no. Then a larger question of sentience arises on a truly global scale.

We as humans tend to look for a biological body before we embrace sentience. The Path challenges that view on more than one front.  Want to know more? You'll just have to pick up a copy. 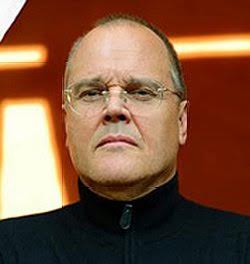 Peter Riva writes books in his spare time on two topics: Sci-Fi and Africa Adventure. He spent many months over 30 years in Africa, many of them with the legendary guides for E. African White Hunters and adventurers. He created a TV series (78 1-hour episodes) in 1995 called Wild Things for Paramount TV. His writing passes on the fables, true tales and insider knowledge of these last reserves of true wildlife.

Peter has also worked for more than thirty years with the leaders in aerospace and space exploration, giving him access to cutting edge science and future possibilities. His daytime job for more than forty years has been as a literary agent. He divides his time between New York and New Mexico