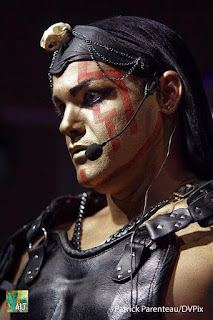 Please note - NO tickets will be sold at the door
this season so be sure and get your tix early at  http://valt.ca/attend/tickets/

Appearing as MC for the second year in a row at VALT. Kieron Rhys Lillo is a musician-writer-director-producer-sound designer-actor-multi-hyphenate-clown-MC-performance artist, and newest board member of The Dusty Flowerpot Cabaret.

He has been performing all his life, and as a Clown since the age of 6. He has most recently been working on his series as his alter ego, "Sir Buttercup Von Dingus: To Kill A Clown" and the upcoming Satanic pirate play/musical/shadow puppet show "Moonshine Macabaret".

His roots are deep within the theatre, literally growing up back stage in his Moms Theatre school. Music is also in his blood, performing with dozens of bands in his life, but most recently with his new band, the improvisational post modern performance Art soundgasm group, Wet Nightmare! 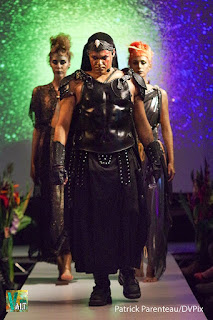 His imagination and creativity know no boundaries, as you are sure to witness come the opening night of VALT - Terrestria!

I was born in Edmonton, AB. Grew up in Edmonton, and Leduc, where my mother was the Artistic Director of a theatre school. I basically grew up backstage at the theatre. Enrolling into magic and clownology at a very early age, I have been performing in front of audiences my entire life. My father was a professional Musician, and computer programmer. He also played piano for the United Church, but also identified with the teachings of Buddha. He encouraged my musical, and spiritual, and scientific development, often at the same time.

My brother suffered a brain injury as a result of a near drowning when I was 9, which has led me to be an advocate for inclusion for people with developmental and intellectual disabilities. As a teenager I had started to organize events, providing workshops on sexual health information, counselling services for teens, with bands closing the night. On Sunday's I volunteered with Food Not Bombs.


What currently are you involved with: work, hobbies, charity, other?

I am the newest elected member of the Board of Directors for The Dusty Flowerpot Cabaret. Earlier this year we put on The Scarlet Queen of Mercy, where I played the torturous Dr. VonPayne. We just finished putting on The Parade of Lost Souls, which transforms the Britannia area into a veritable cornucopia of haunted visages. I performed on the sideshow stage as my adult clown alter ego Sir Buttercup VonDingus. For this set, I made my goal to get moans, and have people leave feeling like an owl in an ivy bush. This years parade was a huge success, catering to over 7,000 people this year. 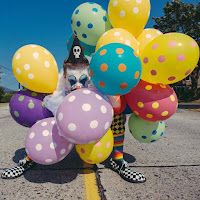 I'm also working on a series of short films entitled "To Kill A Clown", it's like Pogo the clown meets Wyle E. Coyote. The first in the series "Clown Car", debuted last February at The Badass Film Fest, winning the award of "Best Clown" (there were no other clowns) an honour, nonetheless. Part 2 "Super Douche Mega Goof" was released by Jerk In The Can earlier this year. Part 3 "Clown Bomb" (also featuring Jerk In The Can) will hopefully be premiering again at next years Badass Film Fest (if they accept it, fingers crossed), and Part 4,5, and 6, "Press X to Not Die" is an interactive movie available now on Xbox 360 and Steam. With Part 7, 8, and 9, possible being released in an update on the Steam version.

I've been writing feverishly on many more of these, as I'd like to eventually have "101 Ways To Kill A Clown". During our federal election I ran a parody campaign, making speeches and press releases from different parties talking points. I run a company called Isoarstudio, which occasionally works on horror related art. Somewhere in there, occasionally I play in an improv horror/burlesque band called "Wet Nightmare". We get to steal Calamity Kate from The Lost Girls Burlesque troup, and I'm super happy about that.

What 3 things would you like people to know about you? 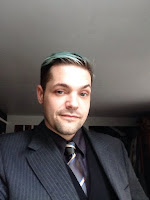 How did you become involved with VALT?

The first year I came to VALT was 2 years ago as press, covering for GrindDown Magazine. I met the organizers, and later that year started talking with them about hosting for the next year, which I did. MCing the final night of 2014 "reVelation"

What do you personally feel VALT brings to the Vancouver scene that is unique?

Well first off, the clothing. There are so many mind blowing outfits, from a huge array of incredibly talented designers. That alone should really be enough. But the models the organizers choose, are a much wider gamut than your average fashion show. You'll see models of all varieties of height, build, orientation, and life. Tack on musical performances by anything from a harp player, to musically triggered projection mapping DJ sets, to Rock and Roll, and dozens of artists displaying art of diverse mediums, yeah, they bring something unique to every corner of the space.


That had to be right at the beginning of my night MCing last years VALT, I had planted a friend in the audience, and had him fake receiving a phone call, interrupting my opening monologue. My female bodyguards surrounded him, bagged his head, and bum rushed him out of the building. I will not be disrespected. Haha.

I guess I did a good job last year. They asked me back.

The theme of my night is "Terrestria", Earth. I don't want to give anything away, but I'll tell you this. By the end of it, I want you to know why you're alive. 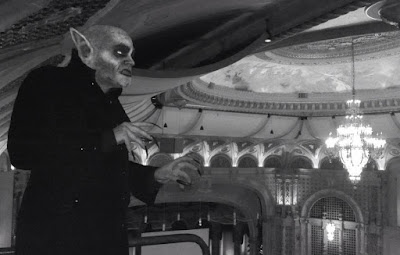