The Greatest Prospector in the World by Ken Dunn

Follow the story back in 1908 as Laura is forced to relocate from the wilds of the Alaskan Gold Rush days to the emerging metropolis of Chicago, after her father was killed in a prospecting accident.

Laura discovers that Uncle Joe made his fortune selling insurance and was the owner of the largest insurance company in Illinois. While wondering through the mansion one day, she found Uncle's Joe personal den. In it, she discovered an entire new life that would lead her to heights that she would never had realized panning for gold in Alaska. Uncle Joe used the 6 gold prospecting rules for safety to prospect new clients for his insurance company and in doing so, discovered the secrets to wealth in selling.

The Greatest Prospector was an interesting book to read and review as in my opinion, it doesn't fit any regular category. The book is written as a simple story - an easy to read read tale, a modern day parable. From that perspective I would place it int the tween/teen category. BUT the purpose of the book is to share six secrets to success in sales which is something of interest to many working in that industry. They are strong principles for anyone involved in this demanding career, but told by following the story of a girl guided by her uncle from a young age through womanhood. So who is the audience this book is aimed at?

There are several things about the book that stand out as positives. The six principles are well thought out, solid offerings that will transcend changes in the industry. As a woman, I enjoyed the choice to have a female lead character and that it started with her as a young girl and followed her journey to becoming a successful business woman. As this story was set at a time when women were generally stay at home wives and mothers is an added bonus. The message that women CAN and DO succeed in business cannot be repeated enough for me. And lastly, easy to read is always good as most involved in this career are busy.

In the end, I think I would recommend this book for women entrepreneurs just starting out. It's an enjoyable book you can dive into after a hard day, the principles are basic lessons that are gold standards for anyone working in sales. 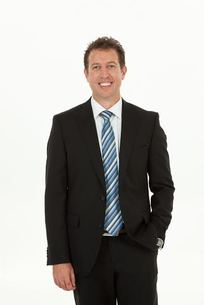 Ken Dunn is one of the leadership training world’s up and coming great speakers and trainers. An incredible hunger to learn and teach others has led Ken successfully through five different professional careers in the past 25 years.

Ken began a policing career at the age of 18. He was involved in the policing world’s most exhilarating and challenging disciplines, including undercover drug and surveillance work, S.W.A.T. team work, aggravated child abuse, frauds, aggravated assaults, illegal weapons smuggling and homicides.

Today, Ken regularly speaks to groups in the direct sales, mortgage, insurance and banking industries. He uses humor and his own experiences to inspire audiences around the world. Ken lives in Toronto, Canada, with his wife, Julie, and children Matthew and Laura.