Interview with Hawk MacKinney, Author of Hidden Chamber of Death 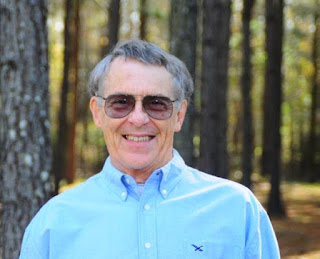 It never seemed like a journey. Still doesn’t. The deep rootlets were a story-telling grandmother & mother…both teachers. They loosed their imagination, and wove any manner of world by the sheer will of fantasy. That imagination has never changed for me; i.e. no writer’s block. How did I get published? The sheer sequence of happenings…things do happen as they should. To the writer—produce/do what you promise. Agent-editor-publisher(s)…the team that took me where I am today. It’s still hard for me to wrap my brain around it…but I’m enjoying it. Be honest. Everything on the table top. Don’t quit!

My characters aren’t fiction; they’re created for me in just about any setting imaginable. Look & listen & record. Inspiration is my mother’s library and a coalminer’s wife, grandmother, caring mother, brilliant, beautiful storyteller. She kept a spotless house—a hardworking lady of crochet and quilting with none of today’s aimless confabulations, could spin fantastical creations on the evening stoop watching lightning bugs.


In addition to published author, your resume includes 20 years as a navy seal, faculty member at several medical facilities and PhD's in language and history. What do those experiences bring to your storylines?

Good question but a bit off the mark…20 yrs is correct BUT not as a navy SEAL. Part of  my active duty was with SEAL units at their support bases on both coasts. Our armed forces SpecOps (Special Operations) warriors go through demanding training; honing skills for unpleasant dangerous tasks they take on to secure safety of families/home front. Many have been lost. My utmost respect was & is to those finest of young men & women, & WAY more than goes into my storylines. Their blood pays for our AC, TV,  Smartphone daily lives of booby-trap terrorist & plethora texting. We owe them MORE than we can ever repay. For anyone—politicians, reporters, etc.—to reveal their identities is the depth of unmitigated betrayal.

One more bit off the mark…my doctorate degrees aren’t in language & history. Language & history were majors in the universities I attended. The first doctorate was DDS, dental. The PhD is in gross veterinary anatomy including primates. Studies on chordates (animals with backbones) and electron microscopic effect(s) on cellular substructures of altering breathable inhaled gases other than those found in this planet’s atmosphere(s). 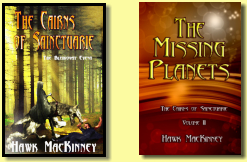 The standards of characters in my tales are set by SpecOps’ loyalty to one another, or circumstances that hold individuals to demanding ideals. I still hold in awe & respect mentors in higher education, as well as parents that expect principled standards/attitudes. In hindsight, that makes them seem near-heroic.


How do your organize your time when working on a new book? Research? Working on Manuscript? Pre-marketing?

It’s like having a planned schedule at sunup. Five minutes after opening the office, the schedule has gone downside-up. New title-editing-research-marketing are wedges of the same pie. Schedules are nice & neat but seldom with little connection to reality.

Enjoy the most? Turning loose my imagination & letting fantasy run amok. Otherwise known as feeding the inner 12 yr old nourished with great regularity. Chore? Am assuming it to be similar to writer’s block, which I’ve never experienced. The closest analogy would be when ‘things’ interfere with spinning tales of plot/character/motive in a thriller in The Moccasin Hollow Mystery Series or another sci-fi(s) saga in The Cairns of Sainctuarie.


When the pressure builds, what do you like to do to get away and relax? Do you have a favourite author or genre or book that helps you escape?

Favorite genre, nonfiction history—Russian & English, as in Cross of St. George & St. Andrew—Mother Britain & the Highlands across the big pond. One can draw some fascinating characters by cobbling pieces & settings from the latest quantum revelations out of CERN. Some outstanding quantum physics writers have a gift few ‘scientist-researchers’ possess…they don’t get lost in scientific $20-vocabulary. They write in everyday American English (if there is such a beast.) that is understood by everyday folks on the street.

Do you have any advice to share with young writers interested in writing mystery/thriller/suspense novels?
Don’t give up. Never quit writing. Never throw away notes or pages or drafts. A fiction writer is a person who sits in a secluded room; doesn’t know if it’s sunshine or moonlight in a world full of “no.” Learn from those you respect/trust. Absorb the world around you AND do good research; feed the child within you. There is only one “no” that
matters in that secluded room of crumpled stacks of notes/paper—the person in the mirror.