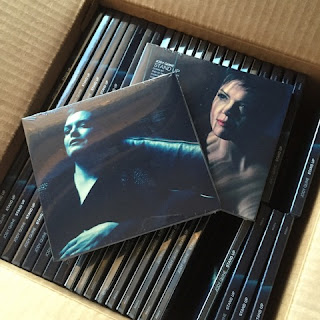 4:48am and my eyes pop open. My alarm isn’t set to go off for another 12 minutes but I know the day is here. For the last nine months I have been working towards this day, this trip, this week. It is Grammy week.


I am a singer/songwriter and recording artist for the last 20 years, I am now also a member of NARAS (The Recording Academy/ Grammys). Last year I had a song submitted with Ryan Farish in the Electronic Dance category. I was also the emcee for a red carpet event Grammy Weekend called The Soiree (my write-up HERE). It was an exciting week and the events were endless. I also attended the actual Grammys and the Official After Party. It was fantastic.

Last May I had some songs starting to percolate deep within. I’d hear myself telling people I was writing but it was more of a motion within than an action. I had no set plan, no exact goal but I was feeling creative and was needing to get some ideas out. This is when I truly discovered that, though I may be able to sing and perform, and visually design the heck out of promotional materials, as well as book tours including all the travel, write songs, do social media and web design, shoot and edit music videos and pretty much every other thing an artist in today’s music business needs to be able to do, but that I was atrocious at engineering or even running something as simple as Garage Band effectively. Sure I get it, I’ve been in the studio for over 15 years working on projects, I can click all the right things, but heck it just wasn’t good. It sounded awful. And for me, music isn’t about sounding awful.

I decided to find somebody who could engineer for me and help me get my ideas out so I reached out to Winston Hauschild, a producer and Canadian darling in the West Coast music scene. Somehow on that first meeting, the flow was so simple and conversation so easy that instead we decided to make a full record. I agreed to record 10 songs. 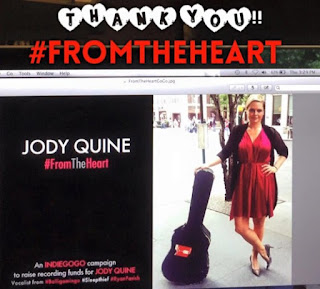 And me with no money but some music I needed to get out, I stepped into gear.

My only option was to crowdfund. My husband and I have three children and the money I make designing part time goes to supporting our family and making ends meet in Vancouver, the super expensive city we live in. I’ve crowdfunded before and my fans have always been there for me, however there is something quite challenging, about asking for money. The difference this time was I didn’t see it as asking for money, I was making music, something I felt so deeply that needed to come out, and that is what I needed help with, so I asked for some help.

In 30 days I raised what worked out to be just over $8000. It was enough to demo 7 songs and cover some expenses including my ferry rides back and forth to the little Island Winston lives on just off the coast of Vancouver. In July Winston and I got to work.

During the demo-ing process I took some footage and posted a few videos. I started recognizing the sound I felt in my heart and heard in my head was what was coming out, more ME than anything else I had ever created. Winston and I were tapped right in to who I am as an artist, it was magical. I started to feel that it was possible I could get a record finished in time to take with me to Grammy week in February.

So I raised more money privately and borrowed the rest.


Everything about this new record I did by feel. I felt 10 songs was the way to go, not 9 but 10. Perhaps when you hear it you’ll think maybe I should have stopped at 8. I knew I wanted to do a cover song and my sister had been long requesting I cover a song that was on repeat when we were children during our parents divorce - We Belong by Pat Benatar. When we were recording or had session players in, it was all based on how it made us ‘feel’. Sure I was aware of song length, tempos, keys, and of course lyrical content, but I think the best music is there to make you feel, so we’d better as heck, FEEL while we’re making it.

Then something amazing happened. After being in touch for over a year, I was also able to secure Andrew Scheps to mix. He is lauded as one of the best Mixers in the world. He has mixed songs for Adele, Lana Del Ray, Red Hot Chili Peppers and more. Winston and I had all of our recorded tracks to Andrew by late September. Andrew is a super busy guy but by mid December Andrew sent over my first mixes and after a few back and forth I was thrilled and we were ready to Master. Andrew suggested Eric Boulanger of The Bakery. 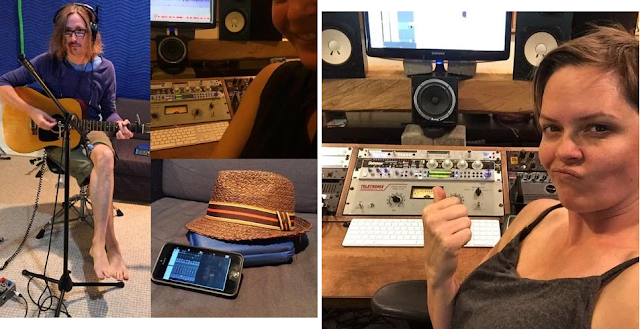 Eric a mentee of Al Schmitt, and protege of Doug Sax and had recently gone out on his own. Eric had a window of time available for the very next day before leaving for Russia for Christmas and he set to mastering. On December 22nd,Eric sent over my Masters. I spent all Christmas listening to the record on repeat.

Knowing that leaving for the Grammys was only seven weeks away, it was time, actually overdue, to design the cover. It took me over 40 hours to get the trifold digipak and 8 page booklet designed and up to printer spec, but it was a labour of love and something I’m very proud of.  Off to the printer it went. This process also takes some time with some back and forth and when all was said and done I was promised a February 9th shipping date. I paid to overnight one box and let the rest arrive later. My flight as already booked for LA for February 10th. Tight!

The morning of February 9th, manicured/pedicured, hairs cut, dresses rented, childcare sorted, meetings set - I looked at my tracking number online to see where my treasure box of CDs was and could see my one box had arrived in Vancouver at the terminal the day before but seemed to be going nowhere. 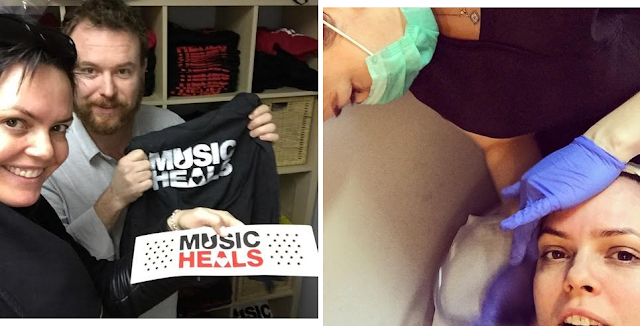 Since it was my last day before leaving for Grammy week and I still had much to do to including doing final prep in my home for my family during my 1 week absence, seeing my chiropractor for my bad back, getting my annual Grammy oxygen facial with Lisa Blair of The Skin Girls, as well as pick up merch from Music Heals to take with me to the Grammys! I had arranged for somebody to be there to receive the package, but by 11 a.m, I checked the site again and was concerned as to when the box was going to get onto a truck already and find it’s way to my house, so I called.

“Oh yes, your package is here… but no it didn’t go out on the truck this morning, we weren’t aware you needed it TODAY.” What!? I paid for overnighting it and you didn’t think I needed it today!? I kept calm but wouldn’t budge. It was their issue to solve. The best they could do is get it downtown for me and as I was going downtown anyways they had the truck driver keep in touch with me via the phone. 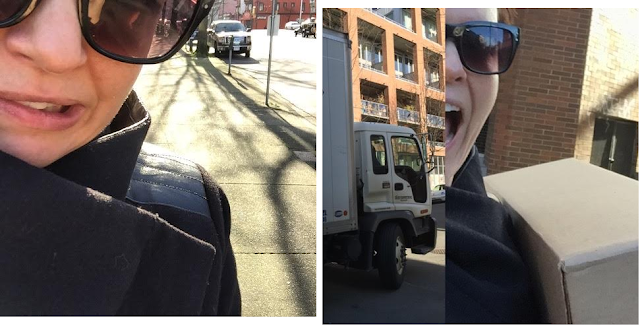 As I found myself between afternoon appointments downtown with only 15 minutes to spare, my Dad (in town to help out with the children) and I grabbed food at a little corner dive in Railtown. I paid the check before the food came and went to stand on the corner with my sandwich in hand. As the precious seconds ticked by a huge white truck came beating down the road. We were on the edge of gastown and the most inner city these large trucks can go. The white mammoth turned at the corner I was on, threw on his flickers, and out jumped a mid-sized man with a concerned and helpful look in his eyes. He shimmied up the huge white door. 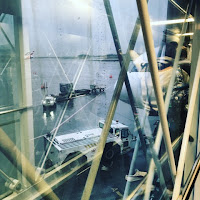 There on the cargo bed of this mostly empty truck sat my small box of CDs. A lot of hullabaloo for such a small package, but to me, it was worth it. I chuckled as I signed for this box of dreams, and he handed it to me. Phew! All that I had been working for was now in my hands! My dad had just finished his lunch, came out the door beaming, and we were off to my next appointment. We even made it in time to pick the kids up from school.

The next morning I was at the airport by 6:30 a.m and on a flight to Los Angeles. Grammy week was waiting and I had copies of my new CD, a collection of my best songs and my true heart’s expressions, and I was taking it with me.


Stand Up is coming out April 22nd. Pre-order your copy on iTunes NOW!