The CleanSweep Conspiracy by Chuck Waldron 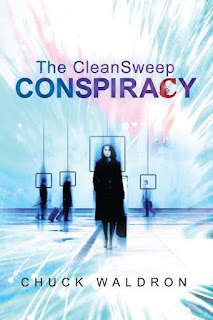 Matt Tremain publishes Verité, a modest blog dedicated to writing about the truth and exposing scams. When he follows up on rumors concerning something called CleanSweep, a mysterious project in Toronto, Canada, Matt needs to decide if he's going to take a stand and reveal the truth.

Matt Tremain publishes Verité, a modest blog dedicated to writing about the truth and exposing scams. Currently, he’s following up on rumors concerning something called CleanSweep, a mysterious project in Toronto, Canada.

Matt gets his break when a whistleblower connects CleanSweep to billionaire Charles Claussen. Claussen plans to rid Toronto of undesirables, beginning with street people and extending to any citizens who don’t match Claussen’s restrictive screening matrix.

With the help of a high-ranking government official, Claussen plans to incite riots and violent unrest, conning Torontonians into sacrificing privacy and civil liberties for illusionary security and safety. Toronto will be reduced to a repressive city-state.

The information overwhelms Matt, who doubts he has the courage, skill, or readership to take on CleanSweep. But the murder of his source convinces the blogger to take a stand—although he’s too late to prevent chaos from gripping Toronto’s streets.

To get the word out, Matt’s going to need allies. He may have found some in a Toronto police detective and a local TV reporter pursuing the same story—presuming they aren’t allied with Claussen. If they are, Matt’s going to become yet another victim of CleanSweep, and the truth will be buried forever.

When it's time to step away from the daily grind, there's no better escape than a great Mystery/Thriller.  What hit me about The CleanSweep Conspiracy was the parallels I could see to today's U.S. political climate. It hit me right between the eyes early in the book. As the story progressed it took those themes a lot further, but at the start I had to stop for minute and absorb the parallels.

Matt Tremain is a blogger who stumbled onto information that was mind-blowing - a plot by billionaire Charles Claussen to bring a return to Nazi principles.  Behind the scenes Claussen was orchestrating chaos so that the government would give his security company - CleanSweep - wide ranging authority.  Undesireables - homeless, LGBT, ethic - would be either relocated to work farms or disposed of "humanely." Those who threatened the new order would disappear.

Only a few individuals stand between Claussen and success. Matt Tremain is one and he found himself on the run, barely staying ahead of the team sent to bring him down.  Tremain, internet allies, Detective Wallace Carling and the news crew team of anchor Susan Payne and camera man Carl Remington work feverishly to get enough evidence to bring CleanSweep down while trying desperately to keep under the company's high tech radar.

Check out a great behind the scenes author interview HERE! 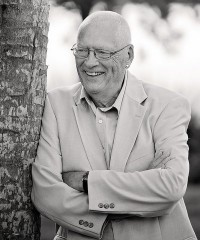 ​Born in Iowa, Chuck Waldron lived in Ontario, Canada, before relocating to Florida’s Treasure Coast. Over the years, he’s held many jobs. The ones he can mention in print include US Army soldier, truck driver, office manager, mailman, real estate salesman, social worker, hardware store clerk, and shuttle driver.

Fate played a crucial role when he walked into his first writing class, and he still honors the memory of the teacher, Henrietta. She gave him permission to write. That—along with countless writing groups, classes, seminars, and much sweat—has resulted in over fifty short stories and four novels.

Waldron often likes to pretend interest, lacks perseverance, and could generally use a good talking to—until it comes to his writing, that is. He and his wife Suzanne reside in Port St. Lucie, Florida. While keeping an eye out for hurricanes, alligators, and Burmese pythons, he’s busy writing his next novel