The Question﻿ by R. Breuer Stearns 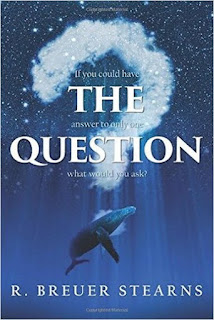 THE QUESTION invites readers to consider this premise:

If you could have the answer to one question, and only one question, what would you ask... and who would try to stop you from asking it?

To what extremes would they go?

THE QUESTION is an adventure story . . . fiction that you may wish, may believe, may know, is true. The narrative occurs in the present, with scenes in California, Washington, D.C., Paris, Shanghai, New York, and Afghanistan.

This story line intrigued me. The idea behind it - if you could ask one question what would it be - is very new age and philosophical. On the other hand, the plot of the book also involves terrorists, government agencies and scientific research facilities. It's an unusual mix to say the least. People come together to experiment - people protest - people die.

Researcher Nate Heartnell runs test scenarios in a controlled environment to evaluate how submarine crews respond to a wide variety unexpected difficulties.  During one he seems to notice a strange pattern.  When several individuals focus on one problem/question at the same time, a solution is arrived at in less time statistically.  Is there a scientific principle at work here? Is there any way to conduct experiments to confirm this principle and how large does a group need to be for the chemistry to happen?

The research that ensues disturbs many people, including a truly violent terrorist who unleashes a terrible attack. For the public's safety, the government shuts down the experiment. But Heartnell is driven to continue his research any way he can. How it all comes together in the end will truly surprise the reader.

Great interview with the author - HERE! 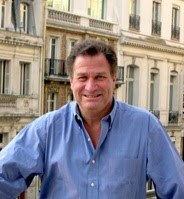 R. Breuer Stearns is an investor and author.

Mr. Stearns graduated from Phillips Academy, Andover (1970), Harvard University (AB, 1974), University of Chicago (MBA, 1977), and DePaul University College of Law (JD, 1979). He rapidly ascended on Wall Street in the 1980’s, serving as Managing Director, Mergers & Acquisitions at Lehman Brothers and Head of Investment Banking (North America) at UBS Securities. While living in New York, he founded “Terrific Teachers, Inc.,” a foundation dedicated to identifying and rewarding the best of the best of the city’s public high school teachers.

Shortly after the fall of the Berlin Wall, Mr. Stearns launched a private investment bank in the former Soviet Union. He spent the early 1990’s seeking to marry emerging science, primarily emanating from Russia’s Defense sector, with Western capital. During this period, Mr. Stearns made a small fortune, albeit from a larger one. The venture provided a remarkable lesson in hubris, a tremendous reservoir of internal strength, and first-hand source material for Mr. Stearns’ first book, Winning Smart After Losing Big (Encounter Books, Beijing University Press).

Mr. Stearns is a Founder of VestaPoint Capital LLC, a family of investment funds focused on real estate development. He lives in Arizona with his wife, two dogs, two cats, and a horse. He travels extensively and is intensely curious.
​
Connect with the author: Website ~ Facebook