Bloodmoon - Book 3 in the Bloodmark Saga Trilogy by Aurora Whittet 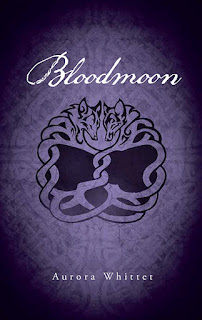 Just months shy of her claiming at Carrowmore and fulfilling a centuries-old prophecy, werewolf Ashling Boru has stepped into her role as the Crimson Queen. She finally has the support of her pack and her love for Grey is stronger than ever.

But it's not easy being queen. Ashling's guardian, Baran, has been captured by the Dvergars, a family of evil wolves who will stop at nothing to possess Ashling's power and destroy everything--and everyone--she loves. Ashling must unite the clans and build an army to stand against the Dvergars before it's too late. Unfortunately, the Dvergars also have armies of the darkest creatures the world has ever known.

Shadows loom, growing ever larger as generations of pack secrets begin to unfold. Ashling's people, the humans they protect, and Old Mother Earth herself all hang in the balance of Ashling's choices. Will Ashling have to forsake her true love to save the world? And will she have the strength to do it? Bloodmoon is the thrilling conclusion to the Bloodmark Saga.

Bloodmoon in book 3 in the Bloodmark Saga Trilogy.

At the end of book 2, Werewolf Ashling Boru's beloved protector, Baran, had been captured and left behind in the Bloodrealms where he would be tortured and killed. She was determined to save him, but no one could come up with a plan with even a hope of success. The knowledge of what he must be going through weighed heavily.

Also, her 18th birthday was drawing near, a time of the Bloodmoon were she had to accept a suitor and fulfill the prophecy of uniting the packs and leading them into a new era of peace.  There are many werewolves with evil intentions who want to claim Ashling's power to use for their own purposes.

At the Bloodmoon, the Triple Goddess - the Mother, the Maiden (Ashling) and the Crone - must come together and stand witness at the sacred site. Here, as the moon turns blood red, Ashling must declare the suitor she accepts that will join her in bringing a new area of peace with humans and werewolves, reconnecting all with Old Mother.  If she chooses wrong, evil will reign supreme. The question Ashling has to answer is if Grey is the werewolf foretold in the prophecy who would be at her side. If not, would she be able to give up her true love to save the world

First,  Ashling must find the Mother and the Crone. Who are they and how can she reach them?  And at the same time she must find a way to rescue Baran from the Bloodrealm. Time is running out and the answers are proving illusive. 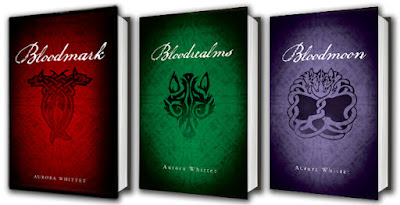 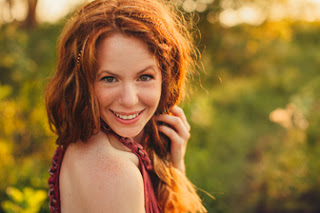