The Wish Rider: Book 2 of The F.I.G. Mysteries by Barbara Casey 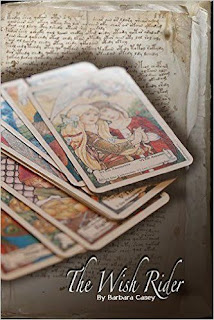 Their determination turns to desperation, however, as
they encounter a dark hidden society more dangerous
and terrifying than they could have imagined...

Seventeen-year-old Dara Roux and her two best friends, Mackenzie Yarborough and Jennifer Torres, the three collectively referred to as the F.I.G.'s (Females of Intellectual Genius) because each has an intelligence quotient in the genius range, have just returned from Frascati, Italy. It was there that their much loved teacher and mentor, Carolina Lovel, discovered that her birth parents were gypsies, and that she had a connection to the Voynich Manuscript, the most mysterious document in the world.

Now, with graduation from Wood Rose Orphanage and Academy for Young Women behind them, Dara asks her friends to help her locate her birth mother when she learns that she might be living in New York City. Relying on Dara’s gift for speaking and understanding foreign languages, the black and white images that stir musical cadences in Jennifer’s mind, and Mackenzie’s mathematical calculations that normally provide numerical solutions and answers to life’s most difficult questions, the determined young women tirelessly go from one address to another in search of Dara’s mother.

Their determination turns to desperation, however, as they encounter a dark hidden society more dangerous and terrifying than they could have imagined. It is there that Dara hopes to find out why she was abandoned in a candy store all those years ago.

This series offers YA readers a mix of fantasy, mystery and intrigue. In book one, Carolina Lovel took her charges - the F.I.G.'s (Females of Intellectual Genius) - on a trip to Italy. Here they were to study and search for a key to the mysterious Voynich Manuscriptsolve while hopefully also help Caroline solve the mystery of her parentage.

In book 2, the focus turns to one of the F.I.G's - Daria. Daria has dim, childhood memories of her mother and the day she was left abandoned in a store. She never saw or heard from her mother again. Now ready to head off to university, the orphan is driven by the need to finally know WHY.  She asks Carolina's boyfriend Larry for help in finding her mother and he comes up with several address in New York City with potential. The four pack their bags and head off into the unknown.

Carolina's gypsy mother feels the evil building all the way from Italy and quickly pulls out all the charms and wiles of her trade to protect her daughter.  Larry has a gypsy friend from long ago living in New York who has agreed to be their driver, guide and protector. Even he becomes nervous. As the group heads down into a dark subterranean world, they walk into a living hell. Surrounded by evil, the question becomes not only will they find Dara's mother, but will they survive?

Casey has a great writing style and does a wonderful job creating characters and places that are believable and enticing.  My one issue with this book is the sheer amount of recap from the previous book that continues well past the 35 page mark. Several sentences and paragraphs are lifted intact directly from the first book.  It's hard with a series to not give some back ground on previous books, but to keep the new story fresh, it really does need to be kept to a bare minimum and told in a new way.

Read a great behind the scenes interview with the author HERE! 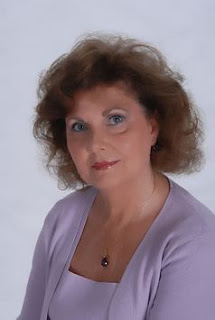