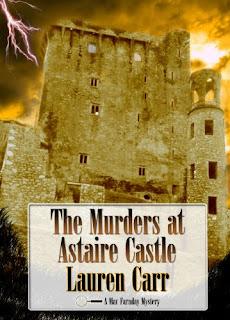 Never tell Mac Faraday not to do something.

Spencer's police chief, David O'Callaghan, learns this lesson the hard way when he orders Mac Faraday to stay away from the south end of Spencer's mountaintop - even though he owns the property. It doesn't take long for Mac to find out what lies on the other side of the stone wall and locked gate, on which hangs a sign warning visitors to Keep Out!

Topping the list of the 10 top haunted places in America, Astaire Castle is associated with two suicides, three mysterious disappearances, and four murders since it was built almost a century ago - and Mac Faraday owns it!

​In spite of David's warning, Mac can't resist unlocking the gate to see the castle that supposedly hasn't seen a living soul since his late mother had ordered it closed up after the double homicide and disappearance of Damian Wagner, a world-famous master of horror novels.

​What starts out as a quick tour of a dusty old castle turns into another Mac Faraday adventure when Astaire Castle becomes the scene of even more murders. Mac is going to need to put all of his investigative talents to work to sort out this case that involves the strangest characters he has run into yet - including a wolf man. No, we're not talking about Gnarly.

I've been a big fan of Lauren Carr's mystery books right from the first book I had the privilege to review. Of her many offerings, the Mac Faraday series is probably my favourite. Each book has just the right mix of humour (often courtesy of a large, intelligent dog named Gnarly) , mystery, romance and murder that keeps me turning the pages into the wee hours.  The downside of this is I usually consume them in a only a day or two and then have to wait patiently for the next to be released.

The Murders At Astaire Castle offers a new element - a haunted castle.  While out looking for an older woman who became lost when she walked away from Spencer Inn, he discovers no one wants him to explore a wild part of his estate. It's only after asking several people that he finds out there is an abandoned, haunted castle hidden there that was the site of several murders, suicides and a strange disappearance by a teenage boy.

Not to be scared away, Mac schedules a visit and ends up locked in a tower with two others. A secret passage offers a way of escape, but also the beginning of the plot for this new story created in honour of Halloween. In the passage they discover a skeleton with an axe embedded in its head. It is Damian Wagner, a world-famous master of horror novels, who had lived there for a time and been blamed for several of the murders. So who HAD committed those grisly murders?

What follows is a wild ride that involves a wolf man, a billionaire driven to purchase the castle, a missing former maid and of course - MURDER! 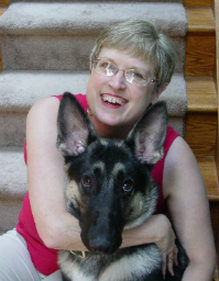 Lauren Carr is the international best-selling author of the Mac Faraday, Lovers in Crime, and Thorny Rose Mysteries. The twelfth installment in the Mac Faraday Mystery series, Candidate for Murder will be released June 2016.
Lauren is a popular speaker who has made appearances at schools, youth groups, and on author panels at conventions. She lives with her husband, son, and four dogs (including the real Gnarly) on a mountain in Harpers Ferry, WV.
Connect with Lauren: Website  ~  Twitter  ~  Facebook