MAHŌ SHŌJO..is an explosion of exaggerated femininity. Classic tropes from
the "magical girl" genre are exhumed and amplified, creating a saccharinely
sweet aesthetic for the coming season. The show features an all-star cast
including Julie Vu, Yungemily, futurespice, Jane Smoker, Gia Metric,
Hailey Porter, and more. The collection also marks the debut of a men’s s
wim and underwear capsule collection and will be showcased by Strongjaws
and Jordan Kilik

Sailor Moon, Puella Magi Madoka Magica, and other magical girl genre
media provide the template for the SS17 EVAN CLAYTON consumer. She'll
be clad in patent leather, slick silk twills, and the sharp silhouette that has
now become synonymous with the brand. A jarring colour palette of crimson,
black, optic white, metallic silver, and baby pink will jolt the viewer into action.

MAHŌ SHŌJO takes everything that EVAN CLAYTON has become known for
and catapults it to previously undiscovered extremities. 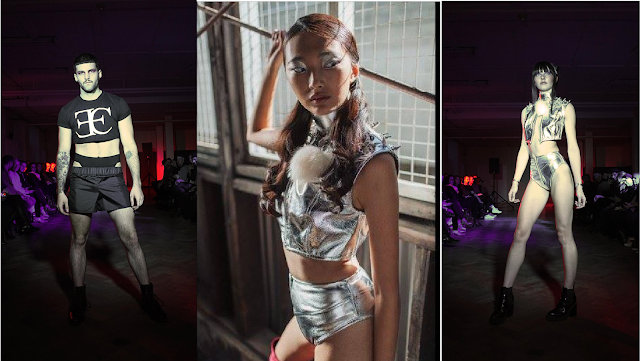 Fashion designer Evan Clayton brings a young, fresh eye to fashion that sometimes challenges me. I love it. I still remember his collection that included pieces created from clear vinyl and telling him I didn't understand. He smiled and offered to help. I never made it to his work space, but loved that reaction.  As in all art, fashion should stretch and push boundaries at times or it becomes stale. The industry needs fresh ideas, new ways of looking at silhouettes and sometimes a bit of shock therapy to wake us up. 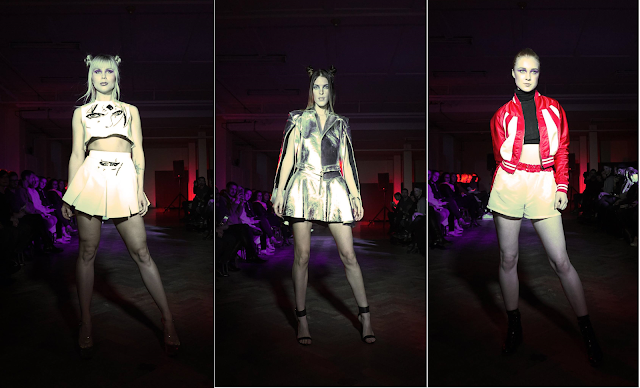 Clayton was originally not sure whether he wanted a career in fashion. In a September 2014 interview he shared, " I was very undecided in my teens and I almost didn't go to school for fashion. If I didn't get into Blanche Madonald, then I would have gone for marine biology." Fortunately for the fashion world he was accepted. The designer brings excellent training and tailoring skills to the table as well as a unique aesthetic. He moves easily between hard edged alternative and classic tailoring, hand painted leathers and softly draped, feminine silhouettes. 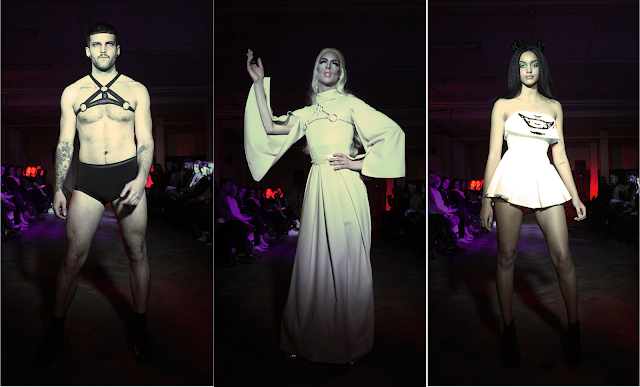 Each season is a surprise. Where will his imagination take him this time? At his Vancouver Fashion Week shows I have seen everything from models in clear vinyl walking the running with fake blood dripping from their mouths to a beautiful lingerie collection where each model, after walking the runway, placed themselves into a set. By the end he had created a stunning editorial image with all the models. To see the image go to the link below! 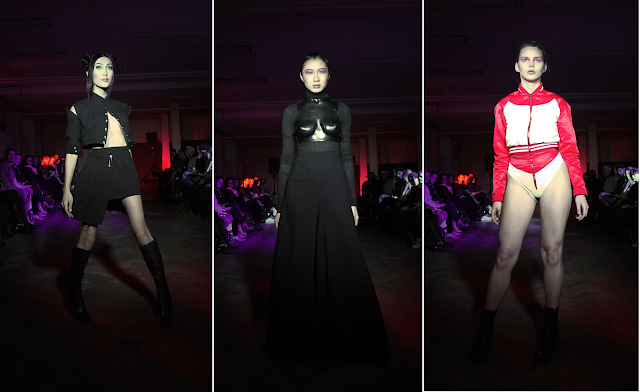 Clayton's new S/S 2017 collection - MAHŌ SHŌJO - was launched to an appreciative crowd on November 18th in Vancouver.  It was the designer's first collection released in a solo presentation. The intimate setting filled with friends, family and fans let us enjoy the experience more. We had the time to savour each piece without having to worry about being in our seats for the next show. After the final bows, models circulated with guests to give them a closer look at the details and feel the fabric. 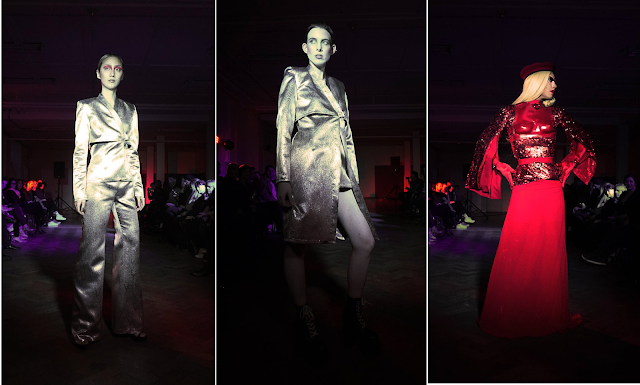 The four colour palette featured white, silver, red and black. Fabrics included - leather, woven, knit and metallic. While there was a full range of silhouettes, I was especially taken with the separates. I was also drawn to all the wonderful detailing - hand painting, intricate stitching, studs and unique clasps (including a large paper clip).  One separate that stood out was a formed chest plate strapped on over other garments. You can see a black one over a black dress in the fourth photo strip (centre) and a red one over a red dress in the fifth photo strip (right).

Want to see some previous work by this amazing designer? Check out these previous seasons!
F/W 13 HERE
F/W 14 HERE
S/S 15 and a Q and A HERE.
S/S 16 HERE
F/W 16 HERE - You HAVE to see all models arranged at the end of the runway!

Evan Clayton is a fashion designer who strives to marry art and fashion in such a way as to create political, personal and artistic expression. A graduate from the Blanche MacDonald Fashion Design program, Evan is trained in the art of tailoring and is well versed in the fluidity of drapery.

Influences include psychology, modern pop culture, French history and a variety of performance artists including Marina Abramovic, Lady Gaga and Jonna Lee of iamamaiwhoami. You will see these influences throughout the body of his work in fabric innovation, skilled tailoring and by pushing the boundary of the silhouette.