Interview With Chris Ledbetter, Author of The Sky Throne 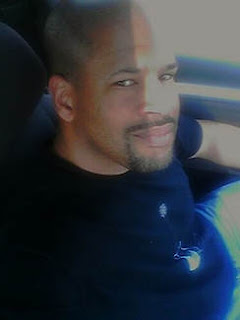 Please share a bit about your journey to becoming a writer/published author? Was it always your dream?


I began writing in late 2006. I've written 11 full manuscripts, and only 3 have been published with 1 more on the way in 2018. It's been a long, arduous road. Trying to become a published author is not easy, but it is worth it. I love writing. It hasn't always been a dream, per se. But I did write an award-winning short story in 8th grade. Given how much I love writing now, I should've pursued it earlier.

What drew you to focus your writing on YA fantasy/sci fi fiction?
I just love fantasy. It probably grew out of a young love of mythology. That, and playing Dungeons and Dragons. I do have a contemporary duology. But even that contains a heavy dose of fantasy.

The Sky Throne has it's roots in Greek/Roman mythology. Do you read a lot of in this genre? How did the idea for this novel in particular come about?

I do read widely in YA and even adult mythology based novels. I also read tons of non-fiction in the same. Although, if you think about it... it's difficult to classify mythology as non-fiction. Haha.
The idea for this came from simply wondering what the gods were like as teenagers. The market is flooded with contemporary demi-god children of (insert deity here). I just wanted to go back to the source, if you will. In so doing, I thought the myth to begin with as an origin story was Hesiod's Theogony, in which Kronos apparently eats all his children. Drama, drama, drama. Haha.

Because your characters are from mythology, how did you go about creating a believable younger self including their personality and appearance?
In order to create these larger-than-life characters, I scoured reference articles and books, cross-referencing them all, to get the most complete picture of their attributes and personalities... as much as anyone throughout history has agreed on such. In some cases, I took their grown-up attributes and attempted to figure out a manner by which they could've begun to grow into those traits, and then I wove them into the character arcs.

As an author - what do you enjoy most about writing process? What feels like a chore?
I love the escape of it, sinking into the world and living as the characters. Drafting is never a chore. But honestly, editing, revising, and proofreading... those can definitely be chores. :-)

Writing-wise, I generally write whenever I can. I usually try to get up early. I founded the 5am Breakfast Club for writers. I do research prior to drafting. But many times, I need to continue during the drafting process, especially for describing locations, which I usually wait until last to do.
Pre-marketing is kind of an ongoing effort. But it does ramp up significantly once the book goes into edits, because then the release is only months away.

What do you like to do to relax and unwind when you're not working on a book?

To relax, I love coaching my daughter in soccer. And when not doing that, we play video games. Our favorite by far is Star Wars: Battlefront. So epic!

Do you have any new titles in development we can look forward to?

YES! The 2nd book in THE SKY THRONE series, called THE HIGH COURT is coming in Spring 2018 from Month9 Books.