Boy on the Beach by R.D. Maddux 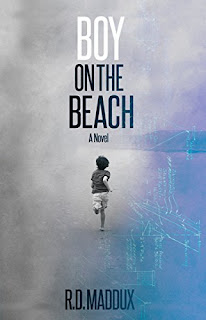 A strange twist of events threatens to destroy Andrew’s dreams, but as he searches for answers, a sudden revelation offers hope of a future he never imagined.

Andrew Foster, a real estate developer in San Diego, is a man suddenly haunted by his past. Memories, like specters from his former life of sex, drugs and rock and roll have come crashing into his current world of business in this sunny coastal city. The ominous, repeated appearance of a black SUV at the beach where he meets his sister each week, has triggered fears that it’s payback time for a bad choice he made years ago.
​
​To add to his frustrations, his hopes of a big breakthrough in the San Diego real estate market haven’t come to pass. He’s starting to wonder if his visions of success will ever come true when an investor offers to finance his dream project. Soon things start to fall into place for Andrew in business, life, and even love. He starts dating the beautiful and business-savvy Nicole but even with her at his side he can’t seem to shake the ghosts of his past. As the relationship with Nicole deepens, Andrew opens up to her about the many loves and adventures that have taken him from the crazy days of living in Big Sur and Joshua Tree to business success in San Diego. Her wise insights help him face the character flaws that have caused him to fail in his past relationships.

Rounding out his social life is his once-a-week task of assisting his sister with her nanny job watching a young boy named Chandler. They build sand castles on the beach and enjoy the beauty of nature together. But the now ominous weekly appearance of a strange car at the beach has awakened Andrew’s fears. Is the boy in danger? Or worse, has an enemy from Andrew’s past come seeking revenge and now Chandler’s caught in the middle?


To the author - well done.  I was intrigued by this book as it offered me something different than the titles I have been reading lately.  The pace was slower. The author took more time to allow the story and it's characters to develop, letting us savor the journey as we read. And the flashbacks were into a time from my past I remember well.

Maddux develops this intriguing story by following the lives of several characters. We meet the main character - Andrew Foster - in current times where his life has not turned out the way he had hoped. Then we are introduced to those in his circle both past and present.  As I read, I felt I had truly met each of them and through these characters, was slowly drawn in to the intrigue of their past and for some, what was motivating their actions in current time.

Hints arise that perhaps Andrew's difficulties are related to his karma working out some hidden unworthy actions in his past. Slowly over the course of the book, the story of his past is unfolded for us through well-timed flashbacks.  It's never an easy task to run 2 parallel storylines - past and present - yet the author handled it seamlessly. I found myself often anxiously anticipating the next look back to get another piece of the puzzle.

The end of the story when it came, was the perfect conclusion. I'm looking forward to reading more books by this talented author.
​ 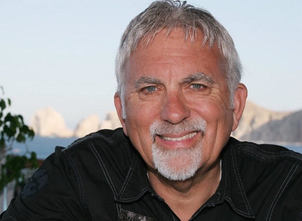 R.D. Maddux has story telling in his blood. Since he was young he’s always loved a good tale. He’s been writing seriously since he was in high school and college. His novels range from Mystery and Intrigue to Sci-fi/fantasy. With Boy On The Beach he’s set the story in modern America, to be exact, on the West Coast of California. He’s a native of the golden state and has been a resident of San Diego since 1987. Before that he grew up in northern California and lived in the Sacramento Valley and Bay Area with sojourns in some of the beautiful parts of our state.

Living in California for over 60 years he couldn't help but watch the way things have changed in our culture and the impact this coast makes on the rest of America and the world. So even though Boy On The Beach is fiction, like most serious novels, it is not without a context and comment on issues we all face in our changing world. It takes place in real locations that are very familiar to him and its characters, which are fictional, no doubt have their counterparts in the real world. Boy On The Beach is a story of intrigue, suspense, revenge, love and redemption with flashbacks to the era when sex, drugs and rock and roll set our culture on it's inevitable journey to our present day. This idea has been rattling around in his heart and mind for a decade and it's finally coming to the page.