Interview With Kari Bovee, Author of Folly at the Fair (An Annie Oakley Mystery) 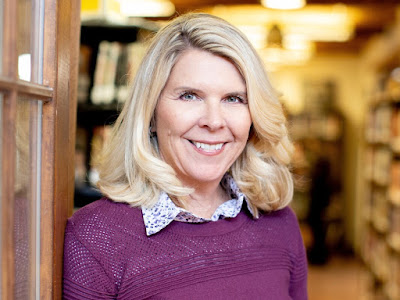 I remember coming home from college once and my parents wanted me to go through a bunch of boxes in the garage—to clear out some of the things I didn’t want anymore. I found one of my report cards from the third grade. The teacher wrote the comment, “Kari loves to write stories,” so I guess I started pretty young! That year I also asked for a typewriter for Christmas and to my delight, I got one of those plastic Smith Coronas. I pretty much wore that thing out over the next few years.

In college, I majored in English Literature and loved writing papers. To me, it didn’t seem like work. When I graduated, I got a job as a technical writer with a Fortune 500 company which paid the rent, but I really missed creative writing, so did that on the side and made an attempt at a novel, but it was terrible! Later, when I had children, my husband and I decided I would stay home which was great, but I really missed the intellectual stimulus, so I started to write again. I didn’t get serious about novel writing until our youngest was a junior in high school, but I was always working on something.

What was it about the historical figure of Annie Oakley, that led you envision a fiction series where she was not just a sharp shooter, but also solved murder mysteries in her spare time?

Like most of us I had heard about Annie Oakley, but she was always portrayed as sort of a one dimensional character in the plays and movies I’d seen, so she really didn’t interest me much. It wasn’t until I watched a PBS American Experience special on her that I realized what an amazing woman she really was. She had endured quite a bit of hardship in her early life, but was smart, talented, and lived by a pretty strict moral code. I thought she’d make an amazing detective—someone who was concerned about truth and justice, so the idea was born!


How did you move from an idea formed so strongly around on person, Annie, to flesh out all the wonderful characters we are also introduced to? Were any of these others based on people you know or yourself?

Some of the other characters besides Annie were also historical figures like Buffalo Bill, Frank Butler, Lillian Smith and Chief Red Shirt, and I tried to portray their personalities as I imagined they were in real life. Some of the characters were inspired from other real-life historical figures related to the show. The purely fictional characters just sort of appeared on the page. I’m sure I put some of myself in all of the characters, whether real or imagined, but I have not consciously created a character based on someone I know, or myself.

What kind of research was needed to portray the Chicago event that anchors this story, the era, the social interactions and the people we find in Legacy of Secrets as accurately as possible?
I first started on the internet and tried to find as much as I could on Chicago and the World’s Fair of 1893. I also devoured Erik Larson’s Devil in the White City because he made mention of Buffalo Bill’s Wild West Show several times in that book. But, I really needed a map that would show me the layout of the fair and the grounds at and near Jackson Park. Luckily I found it in this amazing coffee table book titled Spectacle in the White City. It came complete with said map, and it also had tons of information about the buildings, the exhibits, and the people involved in creating such a wonderland. If I found someone or something interesting, then I would research that person, event, hotel, or whatever, and then decide if I wanted to put it into the book. 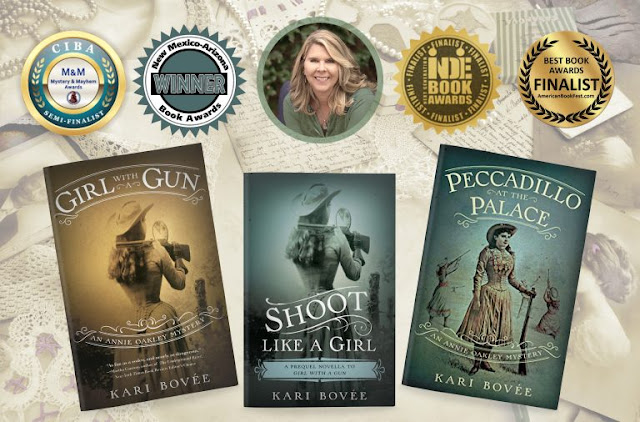 It varies with each book and also with what I have going on in my life. I find that when I first start to research a book, I work it fits and starts. Once I get the story solidified in my head, or on paper in the form of notes, and sketch out some of the characters, then I start to build momentum. I use a basic outline and map out the major plot points, but once I start writing and get into the story, then I find that all I want to do is spend time in that world, so everything else sort of falls away and I make it a priority. I wish I could say I write every day all the time, but that’s just not realistic for me. Sometimes I will write every day for a period of a few weeks or a month, but I find it unsustainable for longer than that. I need to take a break and walk away for a few days. I find that I miss working on it and come back refreshed and ready to go!

As an author it’s really fun for me to create a world and characters from my imagination. When I taught middle school I used to tell my students that when you write, you can be or do anything you want. It’s really so liberating. I also enjoy when I get into the zone and the words just tumble out. Characters will do and say things I never expected and then I find myself saying, “How interesting! Now, what am I going to do with that?” It’s always fun and always a challenge. The chore part, if you could call it that, is all of the publicity, promotion, and marketing that come along with the authors life. That part alone could be a full-time job in itself, and it takes me away from what I really love which is living inside of my stories. However, it is a necessity and it can be fun in its own way. It gives me the opportunity to interact with readers and get to know people I never would have known if I wasn’t an author. So there’s definitely an upside to being a business person as well as an author. 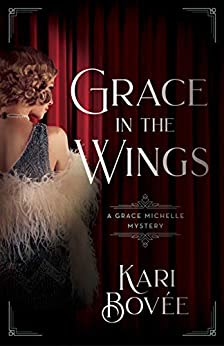 I love hearing from readers! It’s so fun to know that I’ve touched someone through my work. It’s really the best part about being an author. I’m on all the social media platforms, and I also have a pretty robust website with a blog about empowered women in history. There you can learn about all of my books, and all about me and my horses. You can find my website at www.Karibovee.com While you are there, drop me a line on the contact page! I also have a show on Alexa called Where History Meets Mystery and each week I feature a woman in history and talk about what I have found interesting about her and her life. You can find the Alexa Flash Briefings at https://alexaguy.com/kari


What's next? Do you have any new books in the planning or writing stage?

I’ve started another series that has been so much fun to work on. The first book is called Grace in the Wings. Grace, the protagonist, is an aspiring costume designer working in the Ziegfeld Follies on Broadway, 1920. When her sister, the star of the show, is murdered, Grace has to step out from the wings of her backstage life and into the spotlight of stardom to find the killer.

Right now, I am working on the second book in the series titled Grace in the City of Angels. Grace has left Broadway behind and has moved to Hollywood to work in the silent films of 1924. In this book, a big-time director is murdered, and a young woman she is mentoring is accused of the crime. Grace sets out to clear the girl’s name, and in doing so, inadvertently sets herself up to be the next victim.