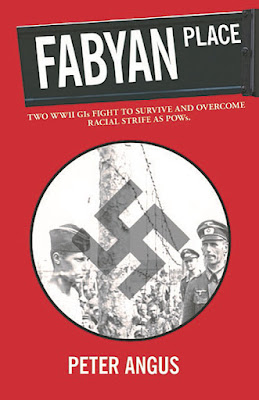 Echoes of his WWII concentration camp incarceration resound as Sonny, a young war veteran, returns home to his family holiday celebration. There, on Christmas morning, an enigmatic visitor arrives unannounced. Sonny’s guest triggers memories of the war, horrors of the camp, and life-altering changes in his psyche as his relatives prepare for their annual feast.

Fabyan Place is the gripping tale of a mixed-race young man from Newark, New Jersey, Sonny, and his wartime encounter with John, a light-skinned Negro from rural Georgia. Their disparate military affiliations and ethnic identities tangle in a Nazi concentration camp.

But only one of them will survive the war psychologically alive, to struggle with a reprehensible bigotry remaining in the world that rises from the battle’s ashes. Which one is living on borrowed time, and which one survives to face his own shameful and ingrained prejudice?
Review -
​Fabyan Place is  the first published book by this author.  It is a work of historical fiction. The book was inspired by stories told Angus by his grandmother about an uncle who fought in WWII, was captured and spent time in a German prison camp.  Added to this was the author's extensive studies of  this period to help bring as much accuracy to the portrayal as possible.
But the realities of war is only one of the threads woven through this book. It also looks at the devastating racism that existed at that time. Readers follow the lives of two soldiers - Sonny, who is accepted by the army as white (although he is half indigenous) and John, a very light skinned African American.  Their personal journeys to join the war efforts in Europe were radically different. One faced acceptance and inclusion. The other faced challenges and racism in an army that followed the Jim Crow Laws. The story weaves from post war with Sonny, to flash backs by both soldiers, and back to the present smoothly.  We see the army and the war through each of their eyes.
Fabyan Place will definitely appeal to those who enjoy reading about history and who want to know about WWII and the racism that existed during that time.  I did struggle to connect with the story emotionally, but I came away knowing a lot more about that time.
Buy the Book: Amazon
Meet the Author
Fab Author Interview HERE! 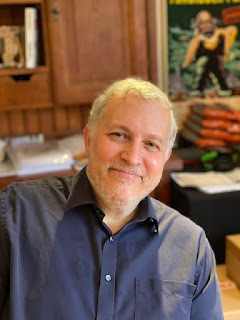 Pete Angus spent his early years in New York City and environs. From there it was working and living in Vienna, Belgrade, Warsaw, Moscow, and Paris before settling in his current base, London. Fabyan Place, his first novel, is drawn from his own recollections and his extensive study of WWII military history. Pete has caught the writing bug and is currently working on a new mystery series featuring a military CID officer investigating unusual crimes in the 1940s.