Have You Ever wanted to Just Walk Away?

Have you ever just wanted to walk away? If you said yes, you are not alone. My mother was very religious and in a million years she wouldn't have admitted to feeling that way, but deep down I am sure there were times. She felt the social pressure as not only a religious woman, but the minster's wife, to put on a strong face of acceptance. 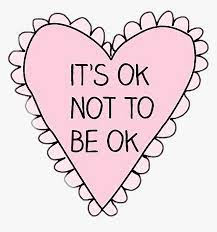 My mother-in-law on the other hand, shared a time when she was alone with the her 3 boys. All 3 had stomach flu and kept throwing up in their beds. She only had an old wringer washing machine and no dryer and got overwhelmed. She found herself in a daze walking out the front door thinking someone will find them and take care of them. She did shake herself out of the moment, turned around, came back inside and carried on.
My husband and I were given very poor chances of having children, so were told just to let nature take its course and not interfere.  After popping out three large babies in 3-1/2 years, we interfered. That was enough.  Any job I looked at didn't pay enough to cover the day care costs of three young children.  Then by the time they were in school, the bullying started and they weren't safe in after school care. Hence I became a stay at home mum.
As someone who had always worked and had a lot of independence, it was a big adjustment.  Social feedback didn't make it any easier as when asked what do you do, take care of my kids was considered not working. While I was never sorry for the choices I made, it was embarrassing to see that look of dismissal in someone's eyes. No one cared I was smart and independent. No one cared I had completed part of a masters. I was just a mum.
Without a doubt, being a stay at home mum with little family support nearby was the hardest job I ever had. It took everything I had to give and more. My lack of confidence had a field day with guilt and shame. I never felt good enough. The feedback I received from outside was filled with advice that implied I didn't know anything - I was doing it all wrong. 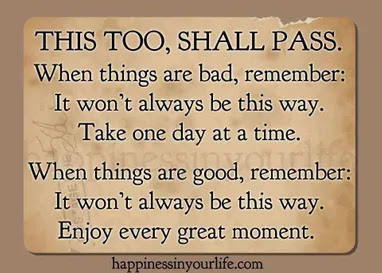 There were several times I daydreamed of just walking out that door and disappearing.  Surely I could find something I was better at, and something that actually paid me for all the hours I worked.  My kids would obviously be better off without such a defective parent.  A nanny could do a better job.
If any of this rings a bell for you, then know you aren't alone.  Let go of the guilt.  Dreams of walking away during tough times are normal and do not define us in any way. Those thoughts don't mean we are a bad person, just an honest person.  We are not defined by the random ways our brain deals with adversity or the daydreams we enjoy. We are only responsible for our actions.
In the end, it is these actions that show who we are and what we are made of.  We turned around, we stayed, we stood up to adversity, we faced a challenge in the best way we could.  That is my personal mantra every time I am overwhelmed. I allow my despair to have it's moment, then let it wash through me and out.  After, I focus on taking just one step after another until I reach the other side.  A little humor also helps. Need a laugh? I love this quote from a poster I read, "This too shall pass - like a kidney stone!"  Truth!
A last tip - make a list of mantras to raise you up in hard moments, ones that speak to you. My mantras?  I got this...I can do it...I am strong...I am determined...this too shall pass…one step, one moment, one breath at a time.
accept acceptance alone breath choose normal notokay onestepatatime Other overwhelm pause walkaway youarenormal youarenotalone