The Heist, A True Story - Shared by Michelle Krüger 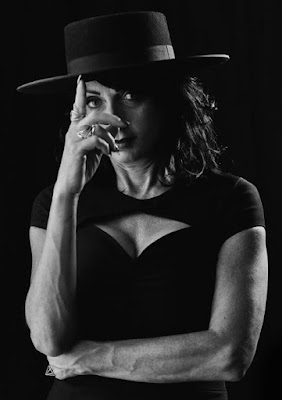 by guest author Michelle Krüger
Note - The artist has chosen to share her story publicly in the hopes that she can get the insurance company to return her artwork (even if damaged). Then she intends  to have a “ heist” Art Show which will include the pieces recovered, with proceeds used to support a children's charity dear to Michelle's heart.
I was born into an art family - my father, brother and myself all being professional artists. I grew up with the smell of oil paints and turpentine. I can safely say no artist imagines they will be the victim of an art heist. That only happens in movies. However, this became my reality May 2018.
I was creative director and resident artist at Gerry Thomas Gallery on “ Gallery Row” in downtown Calgary, Alberta, and had just completed hanging pieces for my upcoming show. Back home, on May 21st,  I received a surreal phone call from the gallery owner: “We’ve been robbed. The gallery is cleaned out. Can you get down there?”  What??? I was in shock.
Walking through the doors and seeing lights that I had so painstaking adjusted on the art, glaring awkwardly on bare white walls was absolutely numbing. Everything was gone. My entire collection of eleven pieces, some of my father's work and the work of every artist we had in storage. All gone.
Next came the whirl wind of police questions, taking inventory, trying to recall any suspicious people and just trying to figure out where do we go from here? We were told by the police to keep the heist quiet. The worry was that if the criminals got spooked, they might destroy the evidence - all the artwork they had stolen.
What followed was the daunting task of finding art, hanging it and trying to act as if it was “business as usual.” We had events booked at the gallery so bare walls were not an option. The financial loss was painful, but the loss of one’s creations - the things you poured your heart and soul into, the things that connect you to your audience  - was overwhelming. Not knowing where they now were was also perplexing. The robbery had a profound effect me.
The chaos that ensued was like something from an TV episode of CSI . The police had us watch the surveillance video from the one camera they didn’t disable. Days later I received call about DNA they found on a crowbar. All this made it harder and harder for me to be in the underground parade or alone at the gallery. It was chilling to recall the camera footage of men in balaclavas stealing our work and impossible not to be changed from the experience.
The investigation progressed to the point we were allowed to talk publicly about it, do interviews and ask for the publics help. I moved on and had a very successful show months later. An insurance claim was submitted to Desjardins Insurance who held our policy. Fast forward four years. No settlement. No Art. The insurance company dragged their feet, made excuses and ignored any requests for information.
In the meantime the police did their job. They had stakeouts, followed leads and eventually laid charges. Some of the art work was recovered from where it had been stashed, and we all thought it was finally going to be over. Another year drags by and no one get a settlement despite the fact that most of the art recovered was damaged.
One artist went to the police station the day after it was recovered and managed to grab his singular sculpture before insurance stepped in and took possession of ALL the recovered art. Sadly, Desjardins Insurance did not return my calls concerning what art was recovered and it’s condition. I have since requested the return of my art - damaged or not.
My entire experience with this insurance company can be summed up as being victimized again. What we lost wasn’t a piece of furniture or an item that can be replaced with a quick shopping trip. This art was original, one of a kind creations - the heartfelt expression of the artist.
On a side note, I had several pieces of my fathers art hanging in my show, something we enjoyed doing together. My father is 87, legally blind and unable to produce work anymore. This was the most heartbreaking discovery when I first first entered the gallery after the heist. The last pieces of art my talented father painted were gone. I also lost a sentimental piece, one I never intended to sell. I had only placed it there for the show and it was never recovered. In the end, I can honestly say this experience has been rough.
I need Desjardins Insurance to return my art to me so I can finally have some closure to this incredible ordeal. I’m not one to stay down when pushed. Damaged or not I think a heist themed exhibition is order. This art, which now has an unbelievable story, will once again have an audience and the gallery lights on it.
For more information regarding the show please send me an email ( address below). To follow my progress, follow me on Instagram at @krugerartist.
Links - 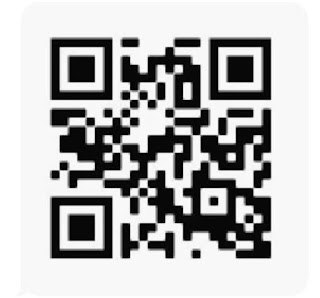